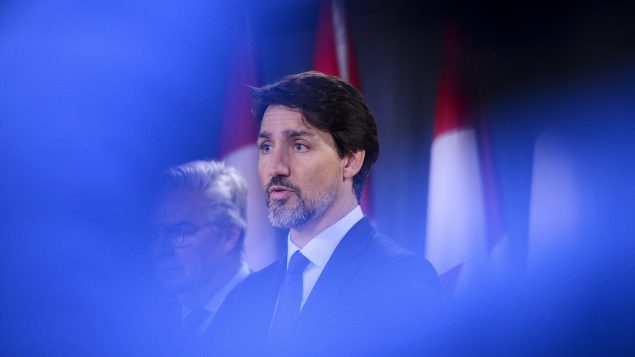 Prime Minister Justin Trudeau is seen announcing his financial compensation plan for Flight PS752 victims' familes at his a press conference at the National Press Theatre in Ottawa on Friday. (Sean Kilpatrick/Canadian Press)

Prime Minister Justin Trudeau says the federal government will give the families of individuals killed in the downing of Ukraine International Airlines Flight PS752 financial compensation to help them get through the immediate future.

Each family, Trudeau said, will receive $25,000 per victim to help cover immediate expenses such as funeral arrangements and airline flights.

He made the announcement at a press conference in Ottawa on Friday.

Of the 176 passengers and crew killed, 57 were Canadian citizens and 29 were permanent residents.

Trudeau said about 20 families have asked for their loved ones’ remains to be returned to Canada while others have said they prefer that family members be buried in Iran.

“Minister Zarif conveyed his profound regret for this terrible tragedy and Minister Champagne noted that he had met with families of victims this week who are deeply hurt and angry,” says a readout of the meeting from Champagne’s office.

According to his office, Champagne pushed for concrete action after Canada — along with four other nations that lost citizens in the crash — met Thursday to discuss Iran’s role in shooting down the flight.