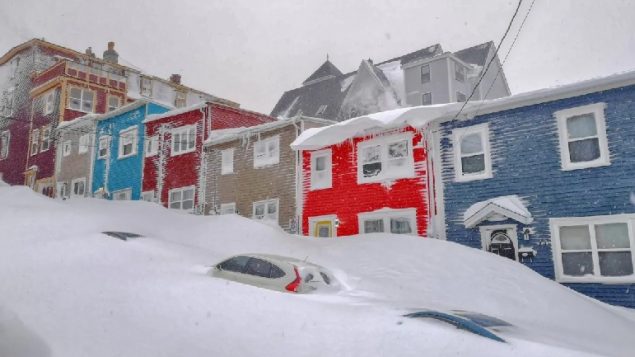 Parked cars in many areas of St John's were completely buried, others like here, mostly buried by the wind driven snow (Ryan Crocker Facebook-via CBC)

Today St John’s Newfoundland is digging out from a record breaking blizzard that saw 76 cm of snow whipped over the city by winds sometimes exceeding 100 km an hour.

During the storm, city workers and snowploughs were ordered off the streets due to whiteouts and the hazardous conditions. 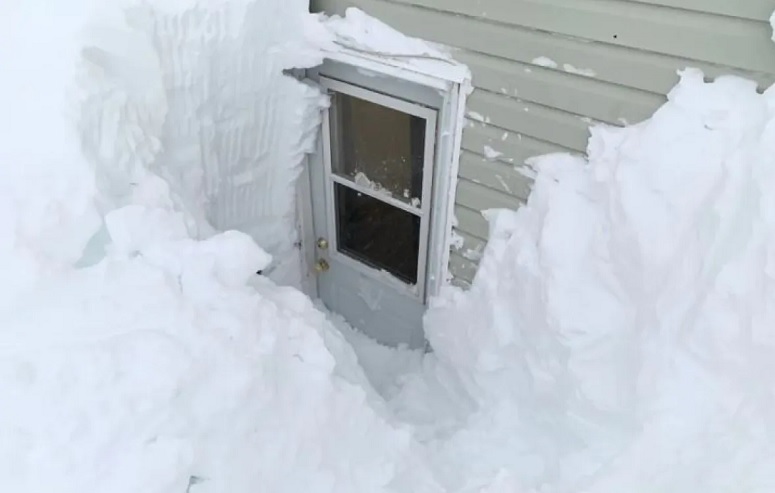 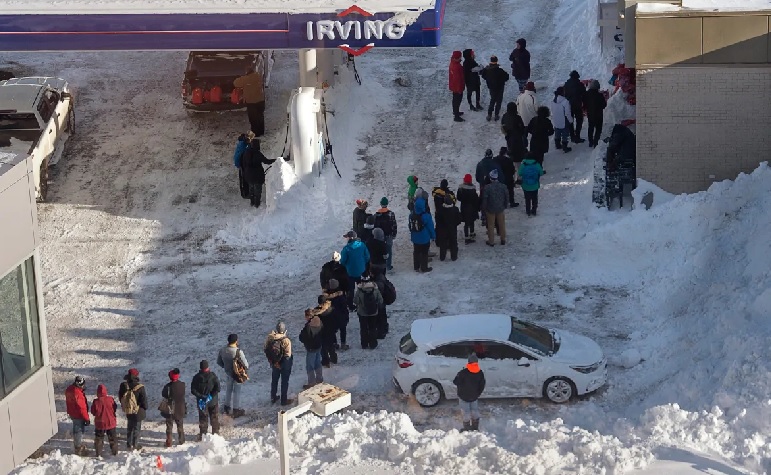 Although stores had been ordered closed, some gasoline stations were allowed to open to provide emergency supplies. As there are often convenience stores attached these were opened as well immediately attracting line ups as people sought groceries in spite of the state of emergency order. The stores were then ordered closed. (Andrew Vaughan- CP)

The city is still under a state of emergency, meaning people are asked to stay off the streets, and some 300 Canadian Forces personnel are arriving to help dig the city out.

Schools and many businesses are still closed and when a store is opened, the lineups form quickly as people seek groceries. 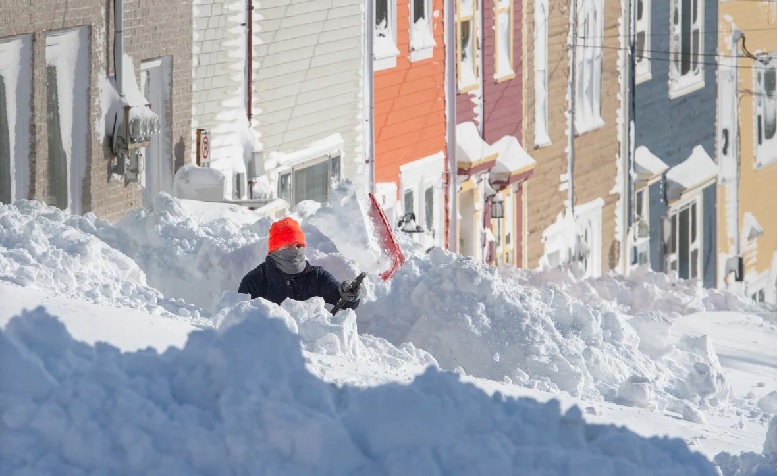 Fortunately, the skies are clear today, winds have been greatly reduced and temperatures are hovering around zero which is helping with the clean-up and helping some people to be able to dig out of their homes.