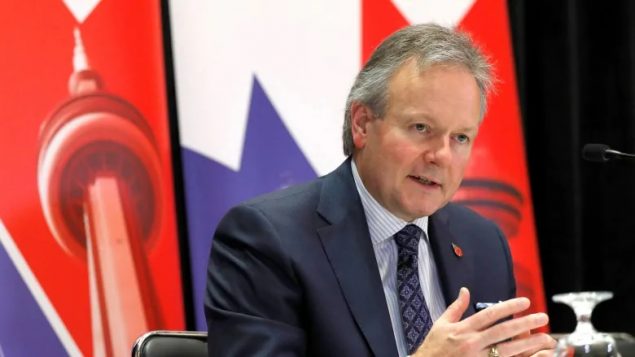 In the latest update, the Bank of Canada has held its overnight lending rate unchanged at 1.75 per cent.

In doing so it said while the global economy shows signs of stabilisation along with some positive trade developments, “there remains a high degree of uncertainty and geopolitical tensions have re-emerged, with tragic consequences. The Canadian economy has been resilient but indicators since the October Monetary Policy Report (MPR) have been mixed”.  The tragic consequences involve the downing of the Ukrainian passenger jet an apparent victim of U.S-Iran tensions. 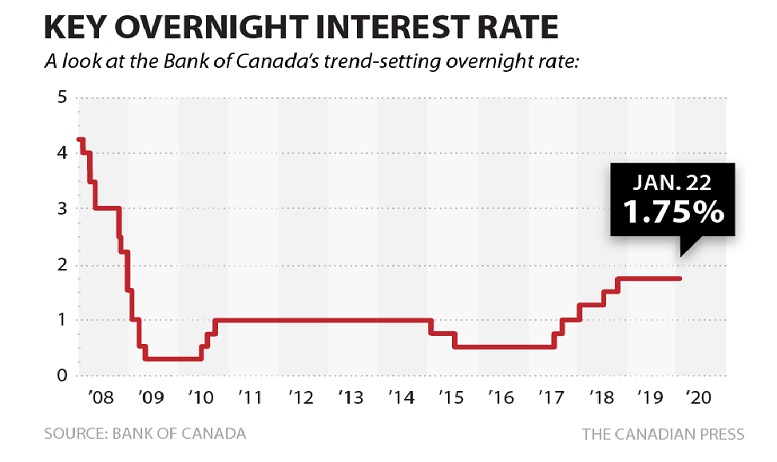 The bank also lowered expectations slightly for the Canadian economy putting growth for 2020 at 1.6 per cent, down 0.1 per cent from its October forecast.

It also noted household spending, an important driver of the economy, remains “soft” with considerable uncertainty about how long that condition may last.

Bank Governor, Stephen Poloz, indicated that if things do not develop as hoped, that is if the economic slowdown continues, the “door is open” to an interest rate cut. Many other central banks around the world had already lowered their interest rates.

The value of the Canadian dollar dropped slightly today to 0.76 cents U.S.