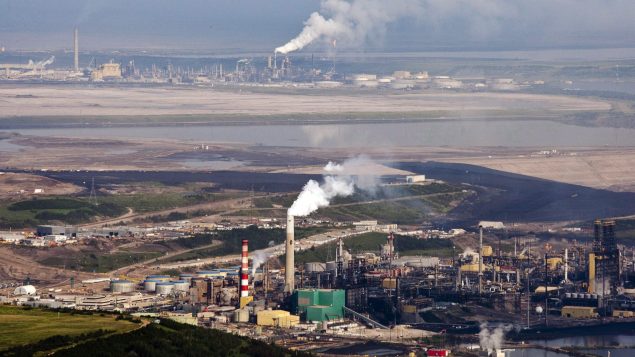 The Suncor oil sands facility seen from a helicopter near Fort McMurray, Alta., Tuesday, July 10, 2012. Spending in the oil and gas sector is expected to rise by six per cent this year after declines in four of the last five years. The Canadian Association of Petroleum Producers says it expects about $2 billion more will be invested in Canadian upstream energy this year than in 2019, taking to total to about $37 billion. THE CANADIAN PRESS/Jeff McIntosh

The Canadian Association of Petroleum Producers is expecting a $2 billion increase in oil and natural gas investments this year.

CAPP also says that investments in traditional oil are expected to increase to $25.4 billion from $24.4 billion.

According to a press release one of the main contributing factors to the increase is the job creation tax cut the government of Alberta introduced in 2019. The tax cut lowered Alberta’s corporate tax to 10 per cent from 11 per cent. The lowered corporate tax is part of a plan to reduce corporate income taxes from 12 per cent in 2019 to eight per cent in 2022.

The extra investment is also expected to create 11,800 jobs across the country, though a majority of those jobs will be in Alberta.

“We are very happy to see an increase in capital investment expected for 2020. It’s a reflection of the hard work and determination on many fronts to bring the industry into a more competitive position,” said Tim McMillan, the president and CEO of CAPP.

“That includes the corporate tax cut by the Government of Alberta, and incenting crude by rail under curtailment, which is helping to attract business and investment.”

According to The Canadian Press, there was a decline of investments in four out of the last five years.