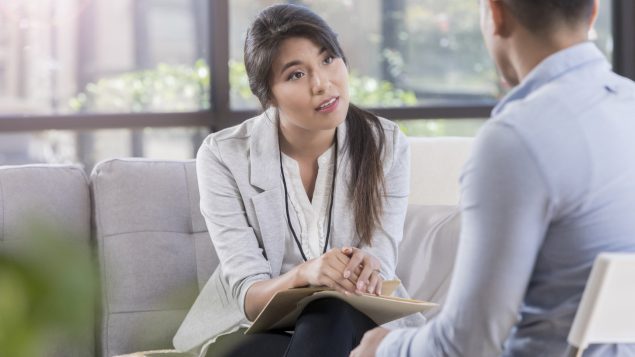 According to a survey by Morneau Shepell, 77 per cent of Canadians would take a lower salary in favour of better mental health support. (Photo iStock/SDI Productions)

Survey: Top concern for Canadian employees is their mental well being

According to a survey by Morneau Shepell, 77 per cent of Canadians would take a lower salary in favour of better mental health support.

“I think that there’s a growing awareness that when you’re working one of the values of work is to improve your quality of life,” said Paula Allen, the senior vice president of research, analytics and innovation at  Morneau Shepell. “And part of that is how much you’re being paid but also part of that is your work environment [and] the support that your employer gives you.”

The results of the survey said that many factors could be contributing to the mental stress of Canadian workers. Factors like financial stress, and workplace culture. Forty-two per cent of employees said that they struggle more with finances than their peers with the same income.

Another contributing factor to this phenomenon is that 45 per cent of Canadians surveyed believed that the mental demands of their job have increased over the last two years.

Allen said that in last years survey, 60 per cent of employees said that the workplace had a positive influence on their mental health, while another 25 per cent said it was harmful.

She added that when employees are aware of the effects that the workplace has on their mental health, the choice for employees to put their well being ahead of their salary becomes easier.

In terms of services to actively support Canadian workers, Allen said that there is a new willingness for Canadians to get help through digital means rather than having in person meetings. Limited time being the primary factor.

“It sometimes feels a little bit overwhelming to take that extra hour out of your week to see a counselor,” she said. “So if you’re able to actually access where you are through digital means through programs that you can do in bite sized pieces that it’s just a lot more attractive.”

Investing in mental health can be financially beneficial to employers as well.

A report by Deloitte Insights stated that ignoring the mental well being can cause employees to miss work, have productivity issues, and create a higher turnover of employees. The report estimates that the indirect cost of productivity issues can add up to about $6 billion a year across Canada.