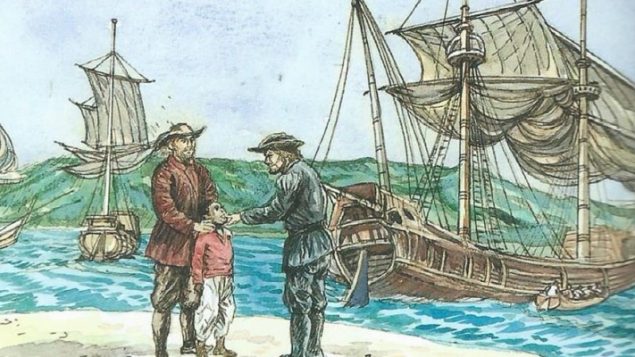 (Illustration from The Kids Book of Black Canadian History written by Rosemary Sadlier and illustrated by Qijun Wang is used by permission of Kids Can Press Ltd., Toronto, Canada. Illustrations © 2003 Qijun Wang.)

Olivier Le Jeune is the first black person known to have lived and died in Canada. He was also Canada’s first recorded African slave. Le Jeune was about seven years old when he was brought to Canada from Madagascar during the British invasion of what was known then as New France in 1628.