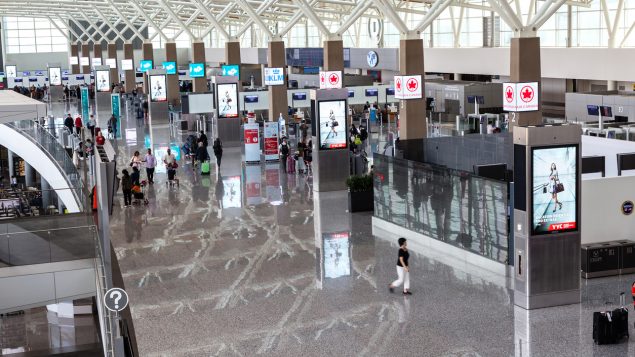 Passengers going to the check-in counters at the international terminal of Calgary International Airport. (iStock/ronniechua)

According to a report by Canadian Federation of Independent Business (CFIB), the immigration system is not meeting the needs of small and mid-sized businesses in the country.

The CFIB is an organization that promotes the interests of small businesses in Canada. It has over 110,000 members.

“One of the issues that we found when we did some analysis of our survey from small business owners and some of the government data was that there’s really a mismatch between the skills of new immigrants that are welcomed into the country and the needs of small business owners,” said Emilie Hayes, a senior policy analyst with the CFIB.

She said that small business owners need immigrants that have college diplomas and that are skilled in trades, but that the government is prioritizing immigrants with university level degrees.

The CFIB report also said that hiring foreign workers is a complicated process for small businesses.

The Canadian government offers a temporary foreign worker program, however Hayes said that it can have some problems.

She said that when companies have to go through an application process when they want to use temporary foreign worker program, and it can take six to 12 months to hear back from the government.

“When [small businesses] get to that situation where they’re trying to hire a temporary foreign worker oftentimes it’s because they’re they’re desperate at that point, they really need to fill that position,” Hayes said. “So not only that the red tape is frustrating but those delays can be detrimental especially to a business in the tourism sector or the agriculture sector where it’s very seasonal.”

Hayes that the Canadian government has to take a look at what kind of skills the labour market needs, and welcome immigrants who are able to fulfill those needs.

The CFIB also recommends having an “introduction to Canada visa,” which would be a pathway for workers to be able gain permanent residency in sectors or regions with high demand.