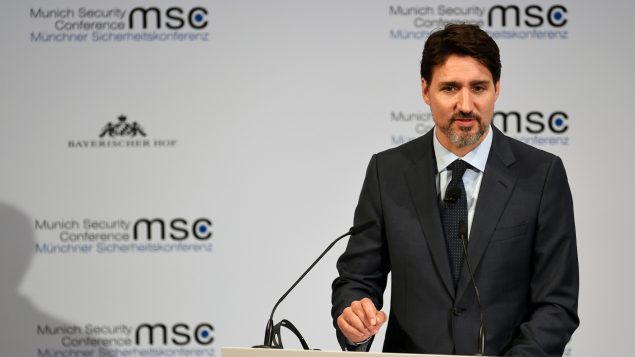 The meeting with Zarif happened on the sidelines of the Munich Security Conference in Germany lasted more than 30 minutes, according to Canadian officials.

Of the 176 passengers and crew killed, 57 were Canadian citizens and 29 were permanent residents.

‘I made a promise to families’ 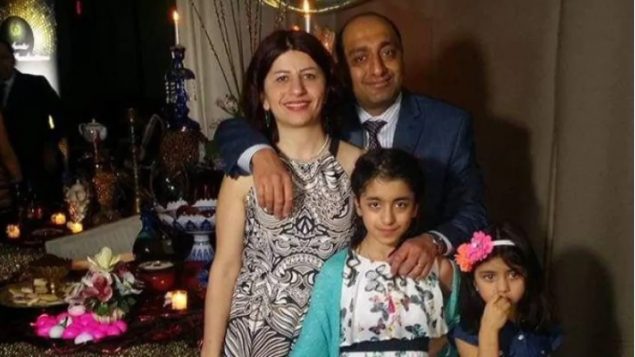 University of Alberta professors Pedram Mousavi and Mojgan Daneshmand along with their daughters, from left, Daria and Dorina, were on the Ukraine International Airlines flight that went down shortly after departing Tehran’s international airport on Jan. 8, 2020. (@zaghtweet1/Twitter)

“I made a promise to families in Canada to do everything I could to make sure that they get answers, that we have a full and complete investigation, that we understand exactly what happened,” Trudeau told reporters in Munich, when asked why he felt the need to meet with the Iranian foreign affairs minister.

“I went by to impress upon the foreign minister of Iran how important it was that we work together to ensure that that investigation is complete.”

After initially denying any responsibility, Iranian authorities have admitted that an Iranian Revolutionary Guard air-defence battery mistakenly shot down the plane minutes after it took off from Tehran’s Imam Khomeini International Airport Iran.

Iranian forces were on extreme alert: hours before, Iran had fired ballistic missiles at American and allied forces in neighbouring Iraq in retaliation for the U.S. killing of Iranian general Qassem Soleimani in Baghdad.

Champagne reiterated to Zarif that Canada is seeking closure, accountability, transparency and justice for the victims of this tragedy, including a thorough, credible and transparent investigation, said a readout of the meeting released by Global Affairs Canada. 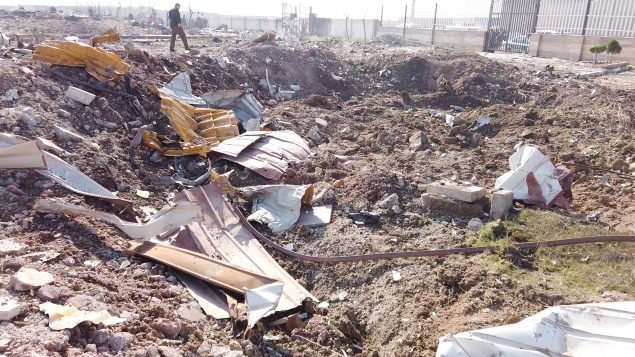 Champagne and Zarif also discussed the download and analysis of PS752’s black boxes.

Iranian investigators have recovered the black boxes at the crash site and say they’re damaged but functional.

Iran has asked to be lent the equipment needed to download their contents, while Canada and others have been increasingly insistent that the boxes be sent to experts in a country such as France.

“Minister Champagne reiterated that the preferred option of the International Coordination and Response Group is for Iran to make use of the facilities offered by France, which possesses the technical capacity to perform this work,” the readout said.

Champagne also stressed the importance of a fair and equitable compensation settlement for the families of the victims, based on international standards, the readout said.

Prime Minister Justin Trudeau announced on Jan. 17 that the federal government will provide Canadian families affected by the crash $25,000 per victim to help cover immediate expenses such as funeral arrangements and airline flights.

However, Ottawa is adamant that Iran must pay compensation to the families of the victims that is commensurate with international standards.