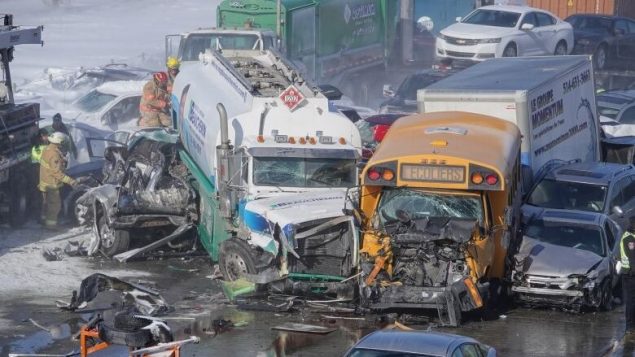 Dozens of vehicles were involved in a pileup in southbound lanes of Highway 15 in La Prairie, Que., early Wednesday afternoon. during a brief wind driven snow squall (Simon-Marc Charron/Radio-Canada)

In the early afternoon near Montreal, a massive pile-up occurred on a major highway just south of the city.

Some 100 vehicles crashed with most smashed violently into a mess of mangled metal along a one kilometre stretch. 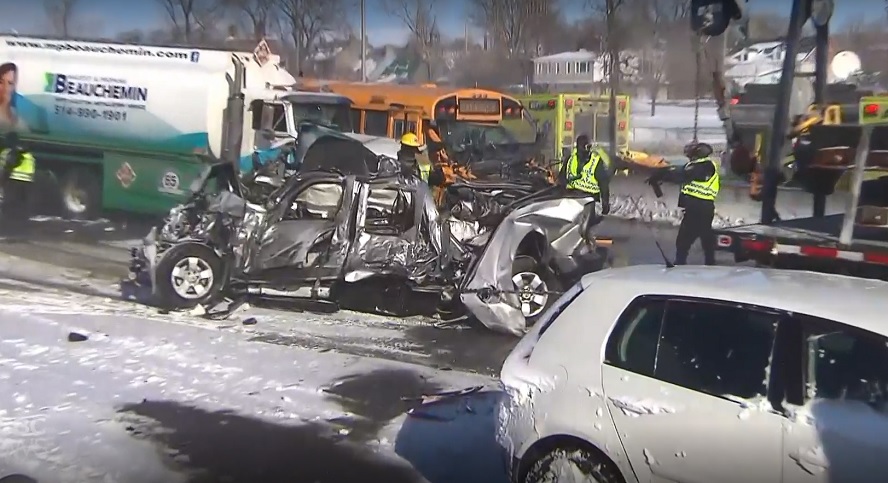 Tow-trucks had to haul away many of the vehicles some of which were completely destroyed. ( Radio-Canada)

Preliminary thoughts are that on an otherwise sunny and clear afternoon, a strong wind and snow squall along a short section of Highway 15 on the south shore picked up snow blowing it across the highway causing a sudden whiteout bringing visibility to near zero.

Police immediately closed both directions of the major route along a ten kilometre stretch to allow ambulances and tow trucks access to the site. A leak from tanker truck carrying diesel adding to the complications. 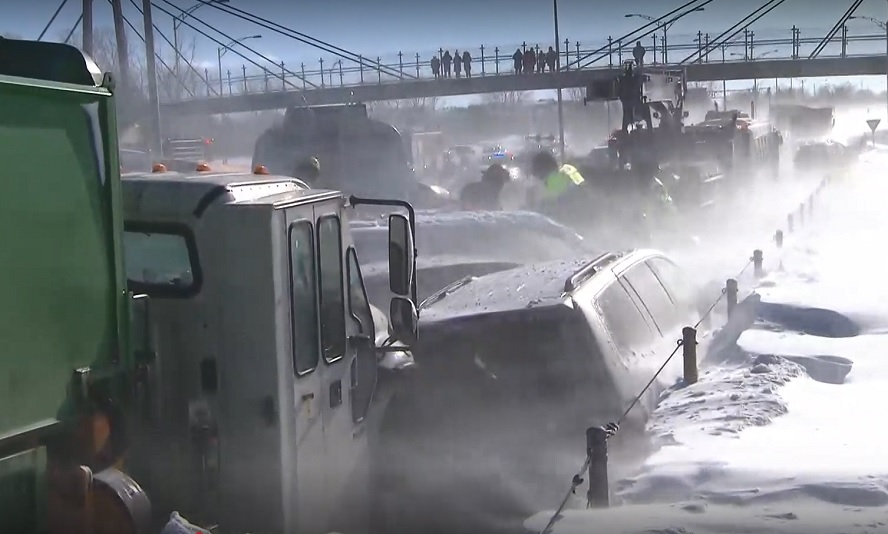 The pile up occurred along a one kilometre stretch of the highway near La Prairie on the south shore across from Montreal. (Radio-Canada)

Although a fence had been installed to prevent winds coming off the St Lawrence river from blowing the snow across the highway, the route had been reconfigured in 2000 and a local mayor said that created a springboard effect blowing snow at windshield height across the road.

He suggested that windbreakers be installed along the highway.

At a press conference the same afternoon, Quebec’s transport minister said the area is not noted for collisions.

The highway was re-opened this morning.