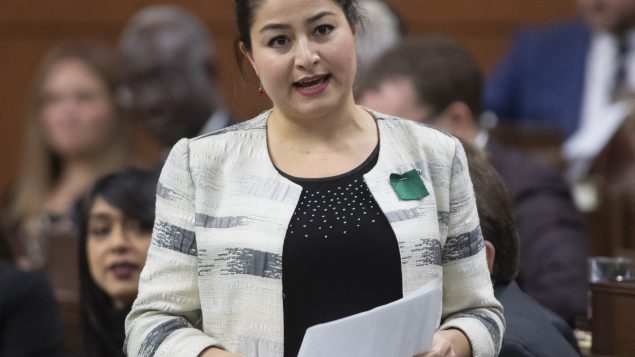 Women and Gender Equality and Rural Economic Development Minister Maryam Monsef responds to a question during Question Period in the House of Commons Tuesday January 28, 2020 in Ottawa. (The Canadian Press/Adrian Wyld)

The Canadian and Quebec governments announced on Feb. 20, that they are investing more than $4.8 million to increase access to renewable energy in northern Quebec, according to a press release from Infrastructure Canada.

The goal is the investment is to connect a road stop at kilometer 381 on the James Bay Road, to Hydro-Quebec’s electrical distribution network with a power line that is about 41 kilometers long.

The road stop serves a population of 11,000 people, including Cree Nation communities, by offering food services, lodgings, fuel and mechanical services. It is the only stop on the 620 kilometer long James Bay Road.

“I am very pleased to recognize our contribution to this important project that will help protect the environment and create an economy focused on green growth. By reducing its dependence on fossil fuels, this road stop will be able to reduce its carbon footprint,” said Maryam Monsef, Canada’s minister for women and gender equality and rural development.

“We have big plans to develop our regions because they are the driving force behind our country’s success.”