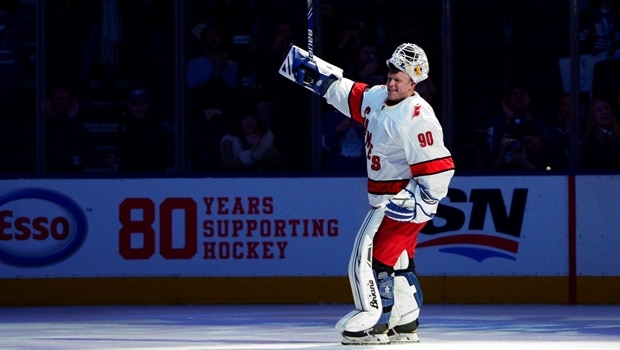 Memorable moments in sports come in all shapes and sizes.

You have, of course, the big play, the big goal, the big homer, the big touchdown.

And then you have the other kind. 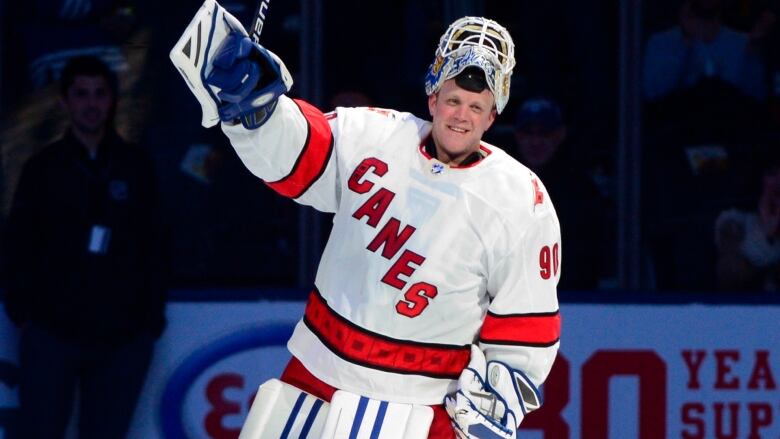 David Ayres celebrates his Walter Mitty moment. On Sunday, the Hurricanes announced that Ayers will be present for their home game Tuesday night against the Dallas Stars. (Frank Gunn/The Canadian Press)

One of those Mitty moments took place Saturday night in Toronto during a National Hockey League game between the Maple Leafs and the Carolina Hurricanes.

Be assured that tongues will wag for a mighty long time about a 42-year-old, mostly part-time Zamboni driver named David Ayres, who added his name to a list that NHL fans (read: millions of Canadians) will remember forever.

Ayres came out of the stands to tend the Hurricanes’ goal in the second period in their 6-3 victory after Carolina’s two roster goalies were forced to leave because of injuries.

After blowing his first two shots, Ayres hung in there, shutting out the Leafs the rest of the way, earning the game’s first star.

He joins Scott Foster, an accountant, Ross “Lefty” Wilson, an athletic trainer, and Lester Patrick, an NHL legend, as part of an answer to a trivia question that gets stamped into Canadian kids’ collective DNA from a very early age.

“Who are the guys who came out of the stands to play a game in the NHL?”

(And, please, let us not forget Jorge Alves, an equipment manager, who played 7.6 seconds for the Hurricanes in 2016, a stint that stands as the shortest playing career in NHL history.)

It should be noted that both Patrick and Wilson played before goalies wore facemasks in an era when teams carried only one goalie on their roster. 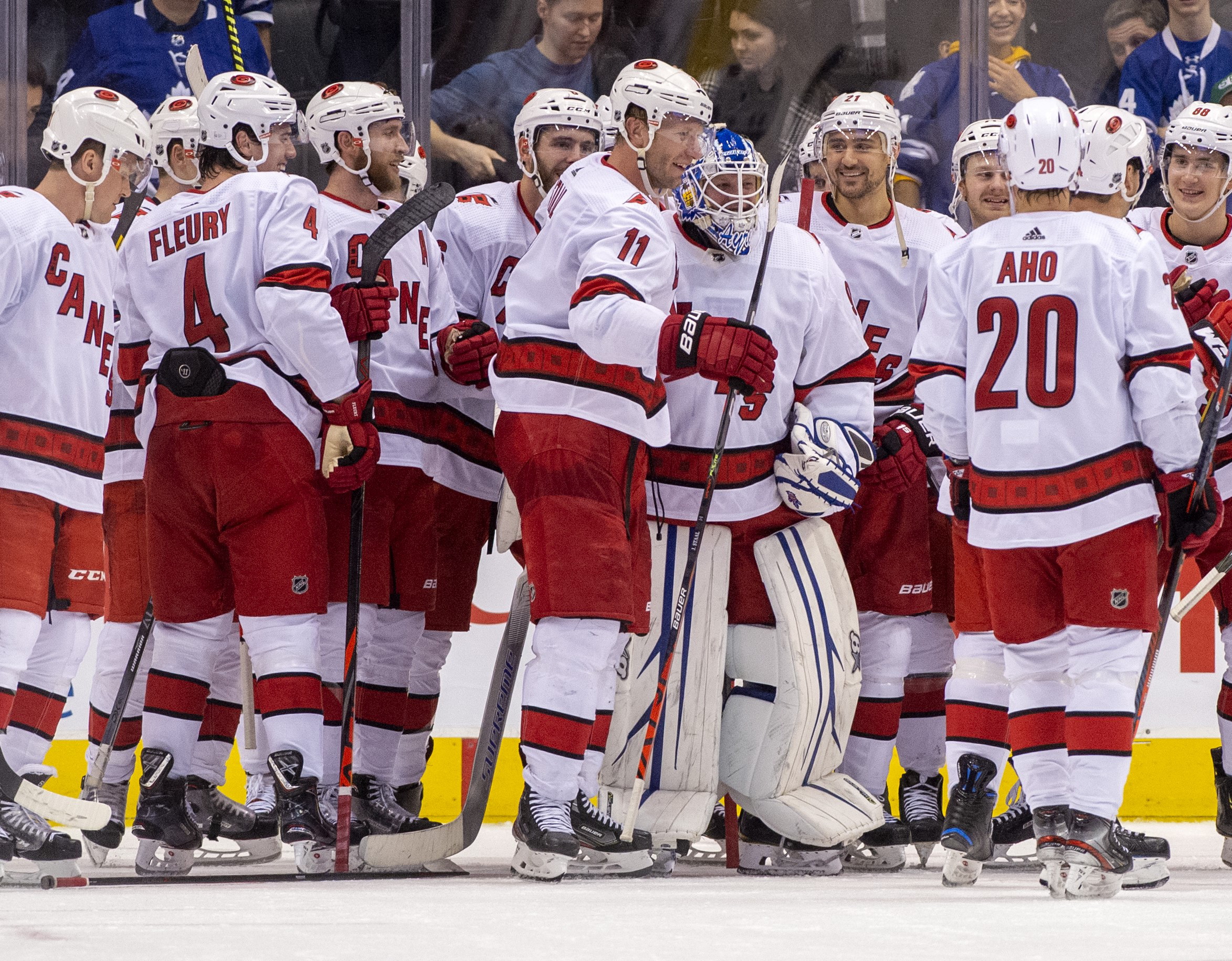 Members of the Carolina Hurricanes congratulate Ayres after they beat the Toronto Maple Leafs 6-3 on Saturday. (Frank Gunn/The Canadian Press)

That all changed when Jacques Plante donned a mask in 1959 and teams began carrying two goalies in the early 1960s.

Still, every NHL rink still has a backup goalie, like Ayres, available and on-call, just in case.

What are the odds of that guy ever playing?

That’s what happened Saturday–spawing a moment that Ayres and Canadian sports fans will remember for a very long time.

For the record: Ayres got paid $500 US and gets to keep his jersey.