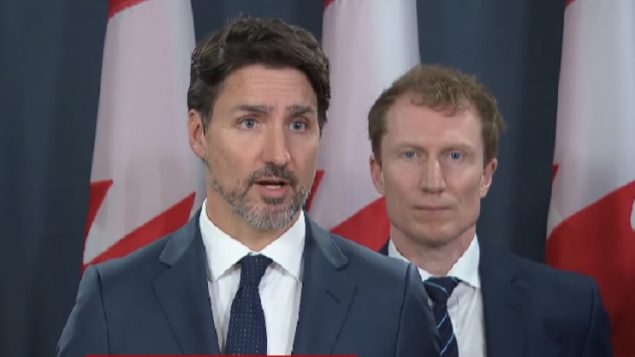 Last week Canada’s Prime Minister said the rail blockades which have been paralysing rail service and seriously compromising the entire economy, must end and the law must be obeyed.

The rail blockades have been set up in sympathy with a small group of hereditary Wet’suwet’en chiefs who are opposed to a natural gas pipeline across their claimed territory.

One of the sympathiser illegal rail blockades in Saskatoon grew tense over the weekend as counter-protesters showed up, with police maintaining the peace between the two sides.

One of the main rail blockades is near Belleville Ontario which is one of the most critical rail links in Canada. The Mohawk of Tyendinage are maintaining the blockade. However, police are moving in this morning and a so far peaceful situation is unfolding. 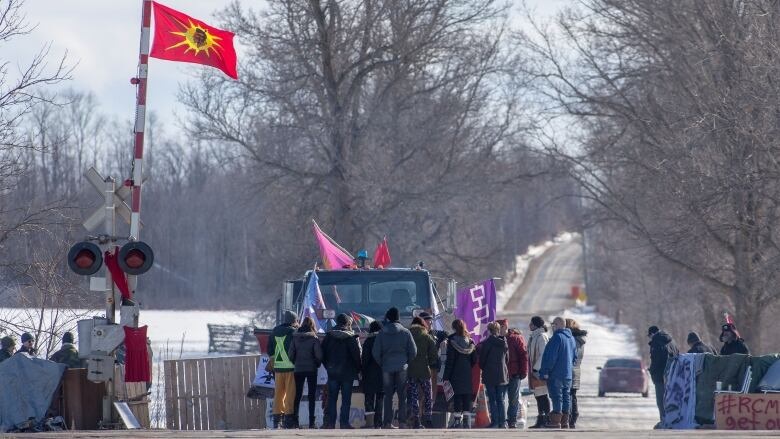 Supporters stand with protesters during a rail blockade in Tyendinaga Mohawk Territory, Ont. on Monday, Feb.17, 2020, in solidarity with the small group of Wet’suwet’en hereditary chiefs opposed to the LNG pipeline in northern British Columbia. Four of those chiefs are visiting the Mohawk today to thank them for their support. Others of the Wet;suwet’en are tyring to get their message out that the majority of that First Nations group are in fact in favour of the line. Early this morning, Ontario police moved in presumably to the blockade (Lars Hagberg/The Canadian Press)

Justin Trudeau is maintaining his position that the impasse must be solved through negotiation, but so far offers to negotiate have been ignored by the Wet’suwet’en hereditary chiefs and sympathisers.

Line approved by most First Nations

It must be clear that the gasline has been agreed to by all 20 First Nations groups along its path, including the elected chiefs of the Wet’suwet’en. They say that 85 per cent of the Wet’suwet’en band approved the line which will bring millions into their band and many good paying jobs.

On the other hand, after more than two weeks of protests across the country the British Columbia Environmental Assesment office has just indicated in a letter to TC Energy, parent of Coastal GasLink, that a portion of the $6.6 billion dollar project’s environmental assessment is inadequate and as such the section of line through the Morice River area is not approved at this time.

Meanwhile the rail blockades have crippled western grain shipments, seriously threatening western farmers, and which have stopped work at major ports on both coasts, threatened manufacturing across the country, and halted most passenger traffic.

The Mohawk meanwhile say their blockade, along with others, will continue until the five Wet’suwet’en hereditary chiefs demands are met stating “We remain deeply concerned at the ongoing violation of human rights on Wet’suwet’en territory and remind Canada that Wet’suwet’en land was never ceded or surrendered and as such Canada’s actions amount to an illegal occupation in Wet’suwet’en territory. (UN, international law) 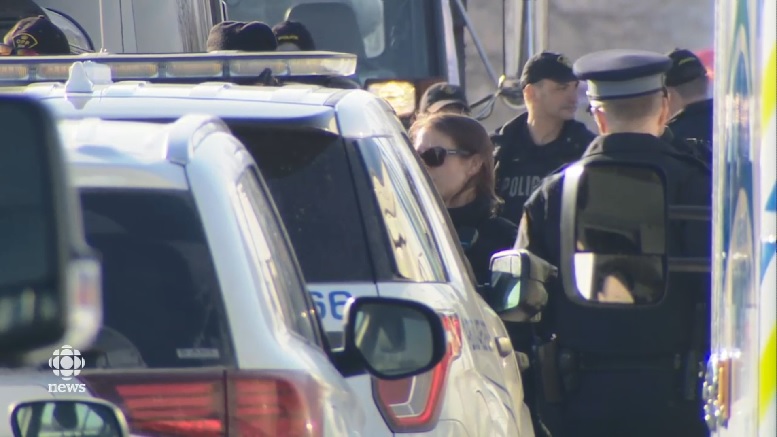 CBC video image of police moving in to stop Mohawk barricade of rail line. So far no real violence and at least a handful of protesters have been arrested. (CBC)

A statement released by the Wet’suwet’en on Feb 21, reads:

“We remain deeply concerned by the myriad of laws that Canada has broken including Wet’suwet’en law, the Canadian Constitution, UNDRIP, and the Geneva Convention on Genocide.

Many protesters claim the gasline is an illegal violation of the Wet’suwet’en laws and Canadian law and point to a Supreme Court decision saying that Wet’suwet’en title to the land was never rescinded.

However, Tom Flanagan points out some important and little known facts. He is a Professor Emeritus of Political Science and Distinguished Fellow, School of Public Policy, University of Calgary In a piece on the Fraser Institute website he writes that Canadian courts have long ruled in favour of Canadian sovereignty meaning that both the federal and B.C. governments have the legal right to make decisions for the Wet’suwet’en.

“According to the 1997 Supreme Court of Canada Delgamuukw decision, the Wet’suwet’en have aboriginal title to an as-yet-undefined area of B.C. Aboriginal title is a form of ownership, but it’s not absolute. The same Supreme Court decision that recognized aboriginal title also elaborated the doctrine of infringement, which allows government to make use of title land for the public good”.

A midnight injunction has been served on the Mohawk blockade, now into its 19th day. The police said the blockade must end or the protesters will face charges and arrest. The blockade stands as of this morning, although a fairly large contingent of the Ontario Provincial Police are just moving in toward the demonstrator as of 0830.