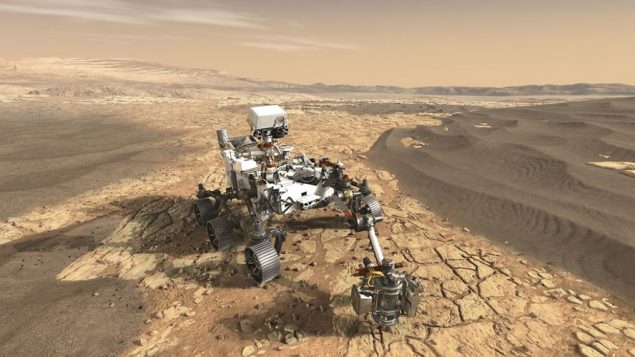 An illustration of the Mars rover using its drill to core a rock sample on the red planet. The rocket to Mars is set to lift off in July this year. (JPL-NASA- CalTech)

Some of the mysteries of the red planet are going to be uncovered as part of a NASA mission to Mars.

A large rover will be sent into space this year with the goal to collect rock and soil samples.

As part of the team to decide what samples to collect, Canadian geologist Chris Herd  (PhD) has been selected as the only Canadian on this elite team.

He is a planetary geologist professor in the Department of Earth and atmospheric sciences at the University of Alberta.

Professor Herd is also the curator of the University of Alberta meteorite collection some of which are housed in the only meteorite cold room in the entire world. 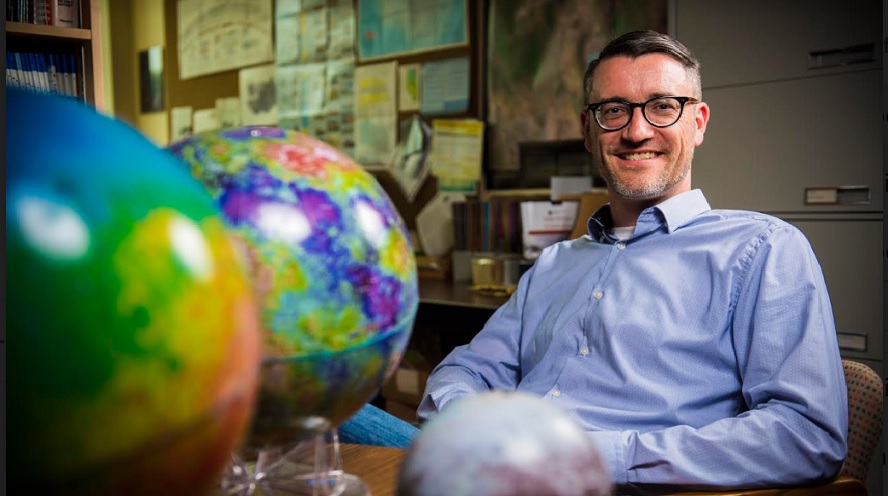 He will be one of only two “returned sample” scientists on the team, and one of ten science experts for the mission and as such is responsible for making critical decisions on where to send the rover to collect samples and which samples to take. 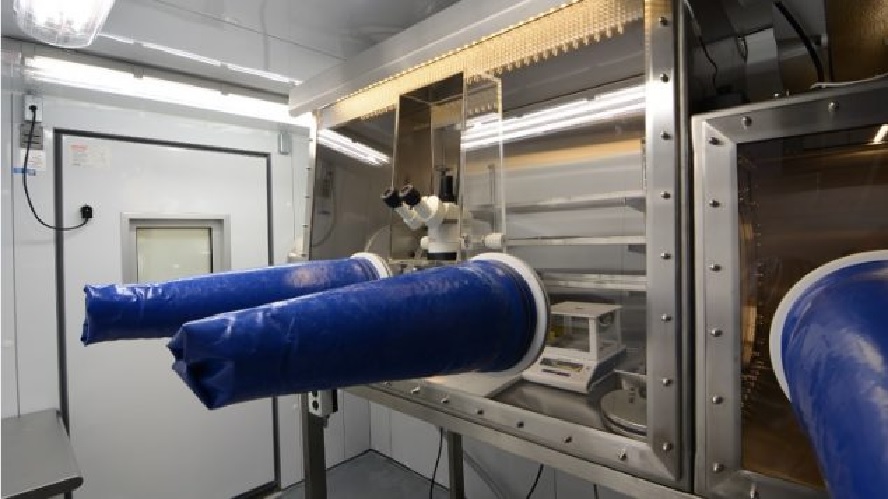 Professor Herd is also curator of the world’s only meteorite cold room. The purpose is to keep frozen meteorites from thawing on Earth and likely being contaminated with earthly bacteria ( U Alberta)

The samples will be left in sealed tubes to be collected by a later mission and eventually returned to Earth perhaps in a decade from now.

The purpose of the mission is to learn if there was life on Mars and about its geology and climate, and with a view in part towards preparation for future human exploration. 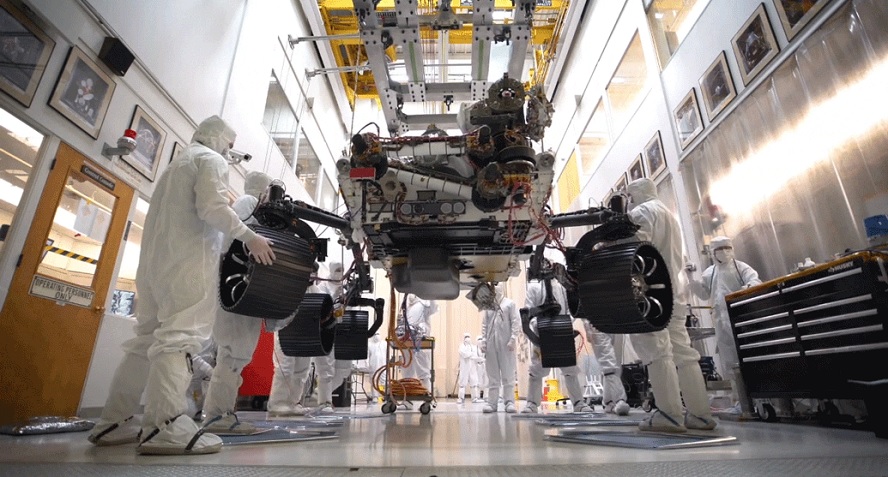 Showing relative size of the rover, similar to a medium-sized vehicle on Oct. 8, 2019, at NASA’s Jet Propulsion Laboratory in Pasadena, California, captures the first time the Mars 2020 rover carries its full weight on its legs and wheels.The rover was photographed in JPL’s Simulator Building, where it underwent weeks of testing. (JPL-NASA- Caltech)

The rover will operate in Jezero Crate, just north of the planet’s equator and which was once the site of a river delta.

Professor Herd’s participation in this exciting innovative mission is being funded by the Canadian Space Agency.