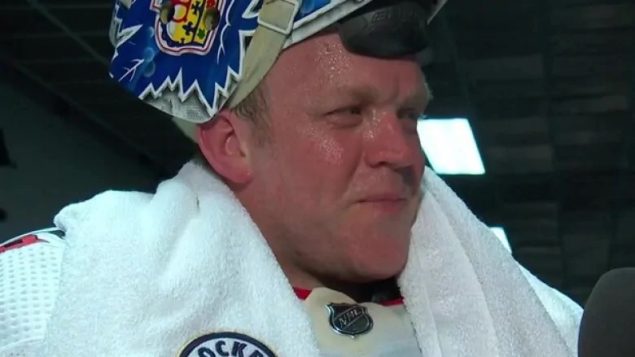 The man himself following his Saturday Night Special. (CBC)

Ayres, as even many non-hockey fans would be able to tell you by now, came out of the stands–a 42-year-old guy who should be playing in a beer league somewhere–to play goal for the NHL Carolina Hurricanes in their 6-3 win over the Toronto Maple Leafs on Saturday night.

With success, come the honours.

The legend of David Ayres contines to grow.

Here’s the CBC on Monday.

Meanwhile, as Ayres headed to Raleigh, he managed to find time to drop by some U.S. television shows, including NBC’s “Today,” where his mother, Mary, who was the donor for a kidney transplant Ayres had in 2004, brought him to tears.

And while Americans may love him now, his fad will likely pass.

Not so, north of the border.

As mentioned here yesterday, very few Canadians will ever forget Ayres’ moment of glory and that includes most of the Hurricanes and their coach, Rod Brind’Amour, who likely spoke for all Canadians when he talked about his team and Ayres after the game.

“It’s not often in a game that you get tied to a great memory,” Brind’Amour said. 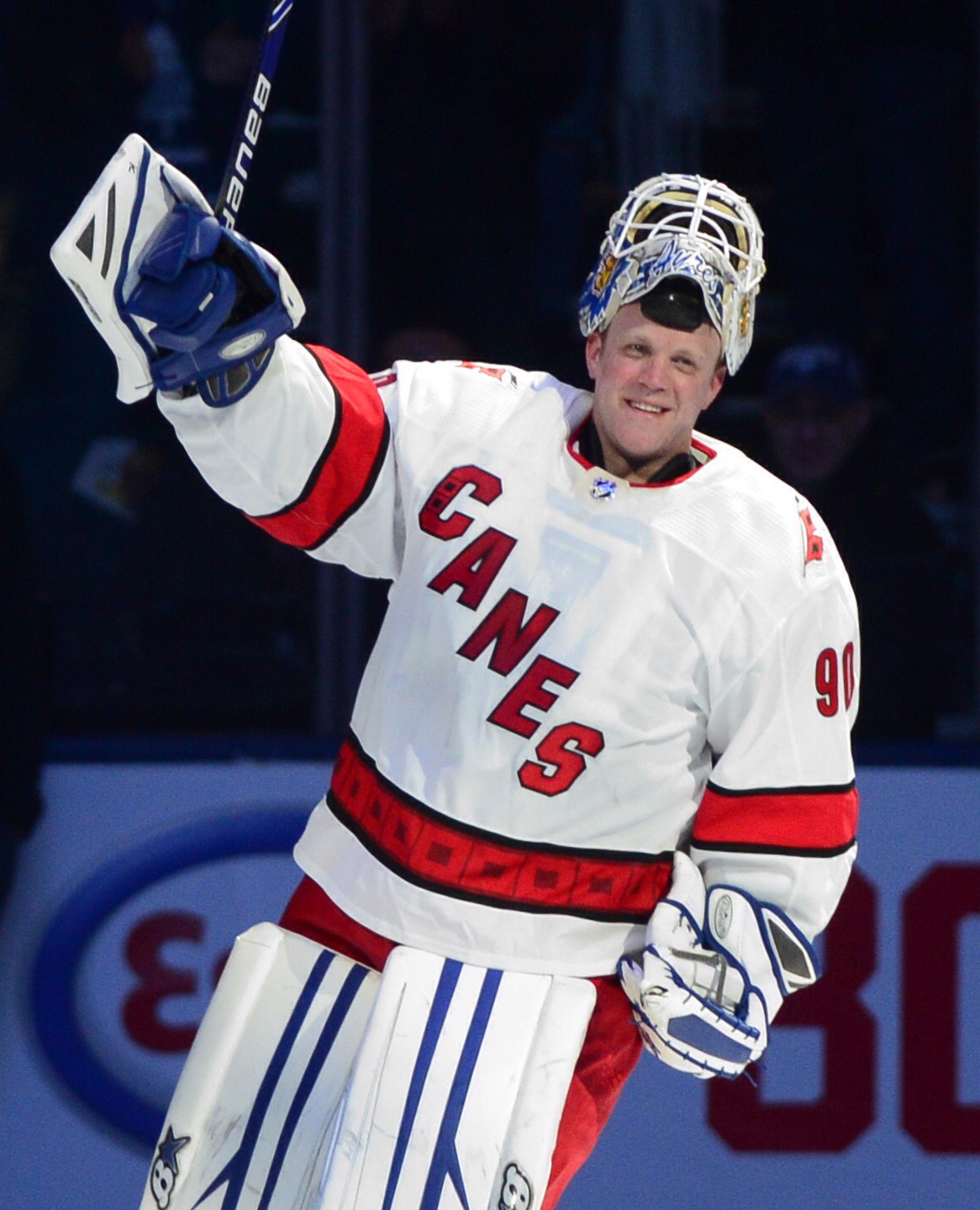 “All you have is the memories you’ve got and you guys just gave me one, you gave each other one.

“It’s a memory I am going to have forever.”

On Monday, talk of the legend made it to the House of Commons.

“He captured the country’s imagination at a time when we needed something, and someone to cheer for,” said MP John Brassard.