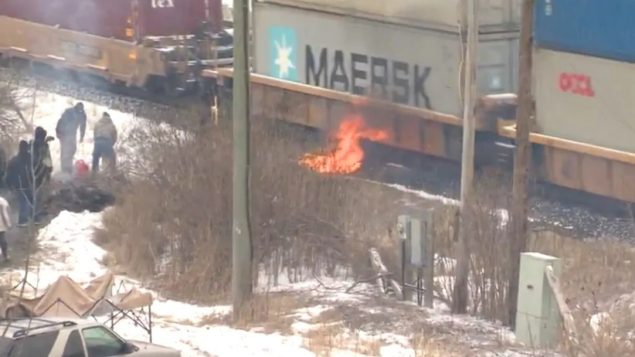 After police moved in to stop a Mohawk blockade near Belleville, Ontario a fire was started further along the line beside the track as the first freight train moved along the line (CBC)

The construction of a natural gas pipeline across northern British Columbia has  divided Canadian opinion.

A small group of hereditary Wet’suwet’en chiefs and supporters has opposed the project, while the elected chiefs, and apparently most of the Wet’suwet’en, have approved the pipeline.

This has caused friction within the band, but also resulted in many protests in cities across Canada, including several railway blockades all in solidarity with the hereditary chiefs.

The protests and blockades have caused major disruptions to the economy with large scale layoffs of rail workers and others. As business, industry, agriculture and rail passengers increase demands on the federal government to end the blockades, the Trudeau government insists that patience is needed and not forced removal of the illegal Indigenous blockades as demanded by some.

A survey this week shows the situation has left Canadians almost evenly split on what to do about the situation. 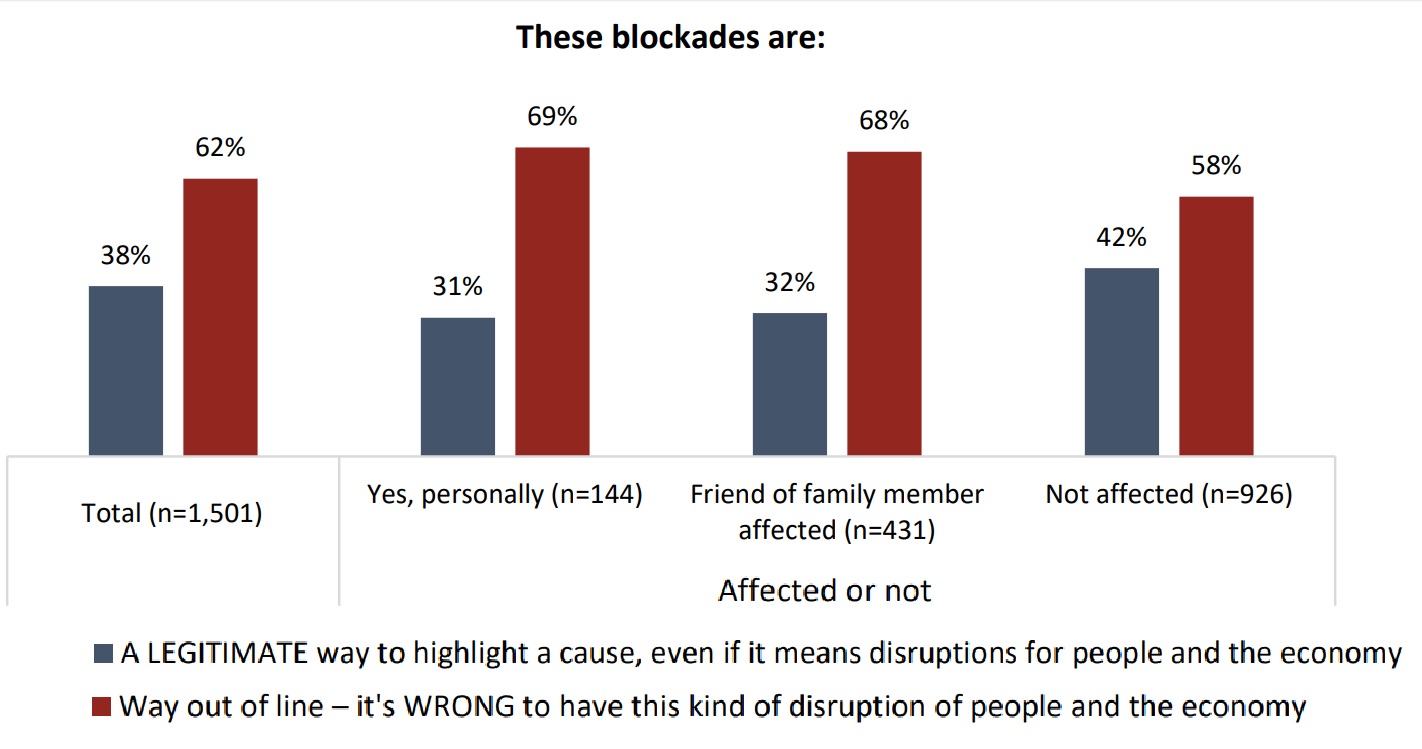 The non=profit Angus Reid Institute found 47 per cent of Canadians agree that patience is the best way to resolve the situation. On the other side 53 per cent say the blockades should be brought down, by force if necessary. 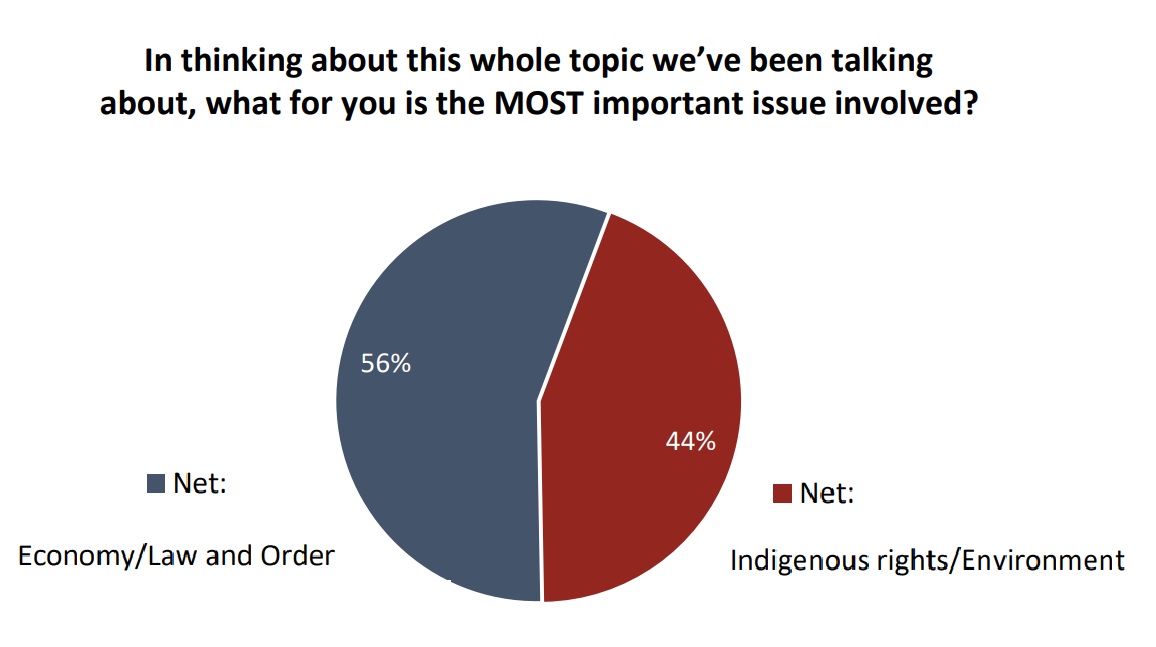 Regardless of stance on how to end the blockades, the clear majority of Canadians think Prime Minister Trudeau has failed to handle the situation well. Only one in five (21%) think he’s done a good job, with a mere three per cent saying “very good”. 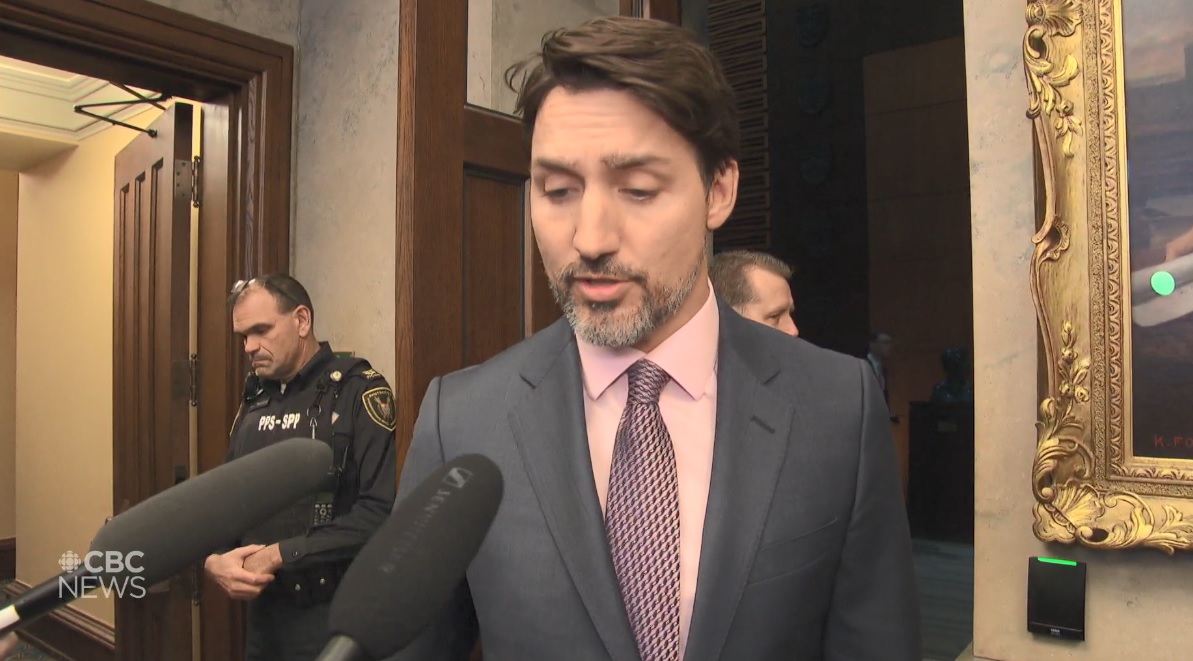 Whether Canadians agree with the Trudeau stance on patience, or disagree saying force is an option to end barricades, the majority say he has not handled the crisis well (CBC News)

Another majority (78%) feel the situation has damaged Canada’s reputation internationally as a place for investment. Interestingly support for the Coastal GasLink pipeline itself seems to have grown from 51 per cent at the beginning of February and the start of the conflict, to 61 per cent this week.

Meanwhile, after three weeks of major disruption to the economy caused by blockades, it now appears the dissenting chiefs have agreed to meet with provincial and federal politicians this week.

Two days of meetings have been set aside for the discussions starting later today at a Wet’suwet’en office in Smithers British Columbia.