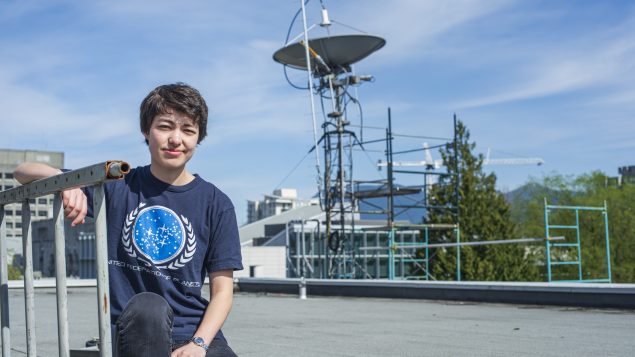 Michelle Kunimoto is working on her PhD in the Department of Physics and Astronomy at UBC. Using data from NASA’s Kepler mission from 2009 to 2013, she was able to discover 17 planet candidates.  (University of British Columbia/Martin Dee)

An astronomy student completing her PhD research at the University of British Columbia has discovered 17 new planets according to research that was published in The Astronomical Journal last week.

Michelle Kunimoto is working on her PhD in the Department of Physics and Astronomy at UBC. Using data from NASA’s Kepler mission from 2009 to 2013 she was able to discover 17 planet candidates.

According to NASA’s website, the Kepler mission was designed to survey the Milky Way galaxy to discover hundreds Earth size and smaller planets that are in or near a habitable zone.

Kunimoto told CBC News that all the data from NASA’s Kepler mission is publicly available. With the data in hand, she used the “transit method” to discover the planets.

“Every time a planet passes in front of a star, it blocks a portion of that star’s light and causes a temporary decrease in the star’s brightness,” Kunimoto said. “By finding these dips, known as transits, you can start to piece together information about the planet, such as its size and how long it takes to orbit.”

Kunimoto also found a planet that is one and half times the size of the Earth and could potentially be habitable. Officially named KIC-7340288 b, the planet is small enough to be rocky and it is in the habitable zone of its star.

“This planet is about a thousand light years away, so we’re not getting there anytime soon!” said Kunimoto in a press release. “But this is a really exciting find, since there have only been 15 small, confirmed planets in the Habitable Zone found in Kepler data so far.”

According to the press release, the planet has a year that lasts for 144 and half days, and gets about a third of the light the Earth gets from our Sun. 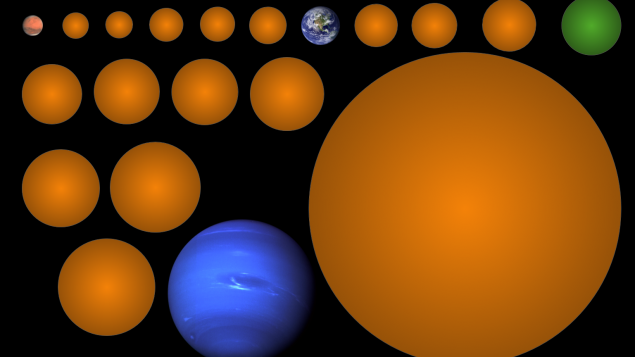 Sizes of the 17 new planet candidates, compared to Mars, Earth, and Neptune. The planet in green is KIC-7340288 b, a rare rocky planet in the Habitable Zone. (Michelle Kunimoto)

For now the planets she discovered are considered planet candidates, meaning that additional verification and research needs to happen before they become confirmed planets.

Kunimoto had also discovered four planets during her time as an undergraduate student at UBC.