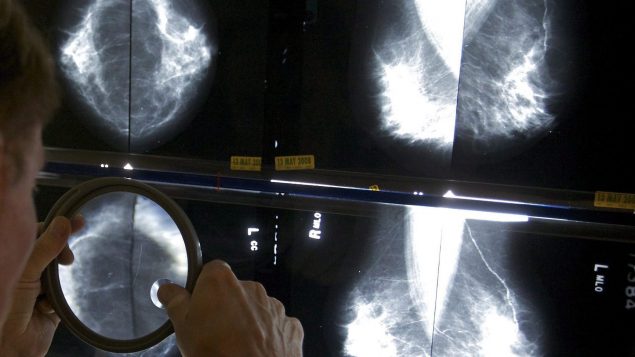 In this 2010 file photo, a radiologist checks mammograms in Los Angeles. A new Canadian Cancer Society study predicts that breast cancer will be the most commonly diagnosed cancer in women in Canada this year, accounting for about one in four new cases. (Damian Dovarganes/AP Photo/File)

A new study says cancer remains the leading cause of death in Canada, with lung cancer leading the way.

The study, published Monday in the Canadian Medical Association Journal, predicts that nearly 226,000 cases of cancer will be diagnosed this year.

More than 83,000 of those people are projected to die.

And, the study notes, nearly half of Canadians are expected to be diagnosed with cancer in their lifetime.

The study found that while death rates of the top four cancers–lung, breast, colon and prostate–have remained stable, the number of deaths from cancer continues to grow as Canada’s population ages and expands.

It also found that lung, breast, colon and prostate cancer will likely account for nearly half of all new cases detected in 2020 and that tobacco remains the leading cause of cancer. 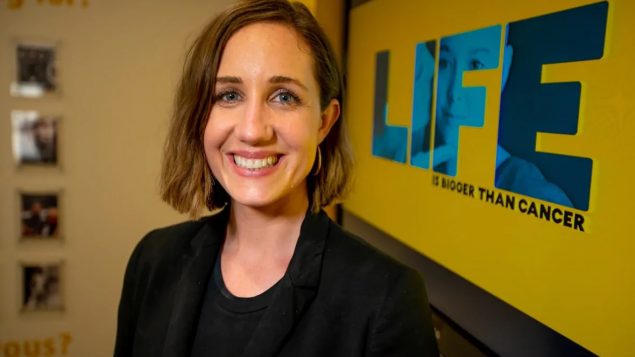 The researchers predict that breast cancer will be the most commonly diagnosed cancer for women–accounting for about one in four new cases detected.

For men, the researchers predict prostate cancer will be the most common–accounting for about one in five diagnoses.

One of the authors of the study is Dr. Leah Smith, senior manager of surveillance at the Canadian Cancer Society.

“There needs to be more effort to improve uptake of existing programs, as well as to advance research, prevention, screening and treatment,” Smith told Bains..

Last year, researchers, who included Gilles Dagenais, a professor at Laval University in Quebec City, published findings that showed that cancer has overtaken heart disease as the leading cause of death in wealthy countries and could become the world’s biggest killer within just a few decades, if current trends persist.

Earlier this year, a leading U.S oncologist, Dr. Azra Raza of Columbia University in New York, told CBC’s The Current that using the same methods to treat cancer for decades, despite the billions spent in research, was an “embarrassment.”

And a study published in 2018 found that patients across Canada don’t always get the help they need after their cancer treatment is done.