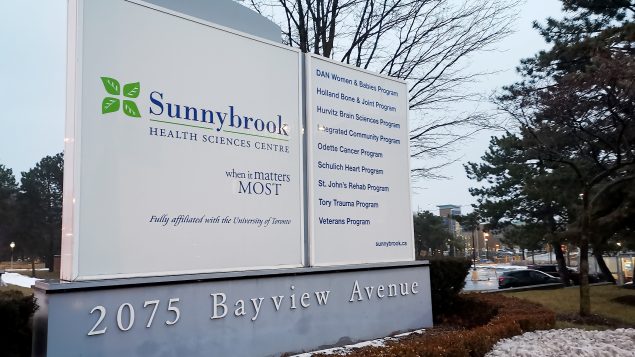 Sunnybrook Hospital is shown in Toronto on Sunday Jan. 26, 2020. (The Canadian Press/Doug Ives)

A $16.7 million grant from the W. Garfield Weston Foundation will fund research for a new innovative way to treat brain diseases and disorders such as cancer and Alzheimer’s according to a press release from the Sunnybrook Health Sciences Centre from earlier this week.

Through the Weston Brain Institute, the W. Garfield Weston Foundation has established the Weston Family Focused Ultrasound Initiative at Sunnybrook, which is a health sciences centre researching and inventing the future of health care.

According to the press release the funding will go towards an initiative to create an ultrasound device that promises to deliver a personalised way to treat brain diseases.

”The new device is based on a model of personalization and portability,” said Dr. Kullervo Hynynen, a physicist, the vice president of research innovation at Sunnybrook. ”Each device will be custom-produced based on scans of individual patients.”

“We are delighted to make this contribution to improve the treatment of brain diseases,” Galen G. Weston, the president of The W. Garfield Weston Foundation said in a press release. “This initiative is a unique opportunity to accelerate the development of this breakthrough technology while encouraging leadership and innovation in the Canadian medical technology sector.

“The prospect of readying this device to benefit so many people in Canada and around the world is very exciting,” he added.

The device will use focused ultrasound to open the blood brain barrier, which is the packed network of vessels that protects the brain from toxins, but also prevents the brain from getting help from treatments, such as chemotherapy, stem cells, or gene therapy.

Dr. Hynynen leads the team working on the prototype device, said that the vessels in the brain are special because they protect the brain from foreign agents.

“They do not allow most of the medication to enter into brain cells,” he said. “This device will allow us to modulate that barrier and blood brain barrier and allow medications to get into that brain in the specified locations.” 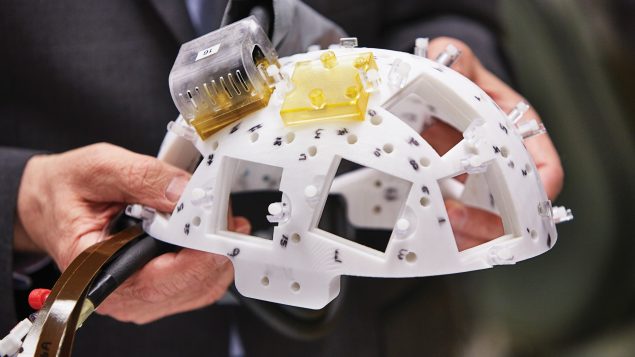 A prototype of a new device which will be custom-built for each patient and will deliver focused ultrasound without the need for real-time MRI is shown in a handout photo from Sunnybrook Hospital. Sunnybrook Hospital says a landmark $16.7-million grant could revolutionize the treatment of brain disorders including Alzheimer’s, brain cancer and ALS. (The Canadian Press/HO-Sunnybrook Hospital/Jason Mortlock)

Once the device is developed, Sunnybrook will launch three clinical trials to test the device and showcase the technology.

“These are some of the most complex disorders that have no effective treatments, so we’re excited to move closer to testing the device in clinical trials. The impact of this technology on patient care will be felt across Canada and around the world.”

The whole initiative is going to cost about $33 million, therefore Sunnybrook is looking towards the community to secure the rest of the funding it needs to complete its research.

The article previously stated that the initiative was going to create an one size fits all ultrasound device that promises to deliver a personalised way to treat brain diseases. That is not the case, and the article has been updated to relfect the changes.