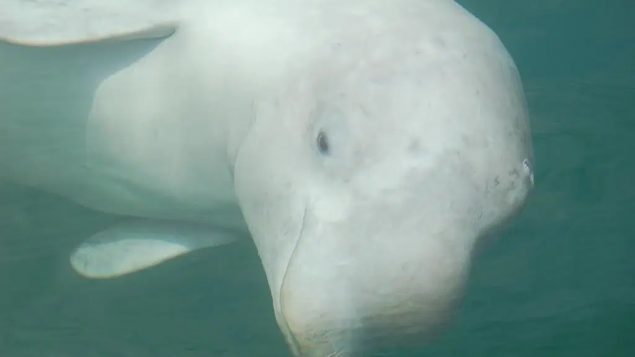 A beluga whale is seen in this undated handout photo. A U.S.-based conservation group, The Whale Sanctuary Project, has selected an eastern shore Nova Scotia community for a form of retirement home for whales raised in captivity. The Whale Sanctuary Project said Tuesday it has decided in favour of a coastal area of about 40 hectares in an inlet off Port Hilford, along the province's rugged and lightly populated Eastern Shore. (Catherine Kinsman/The Canadian Press/HO)

Sanctuary off Nova Scotia: a home for whales who spent lives in aquariums

A U.S.-based conservation group has chosen a site off the Nova Scotia coast to build a retirement home for entertainers who have brought joy to hundreds of thousands at the expense of their own mental and physical health.

Ladies and gentlemen, those entertainers–beluga or orca whales–will now have a place to live out their days in relative peace–in a place where they belong, not in an aquarium.

It will be the first whale sanctuary in North America and  a million light years from the lives the whales led before. 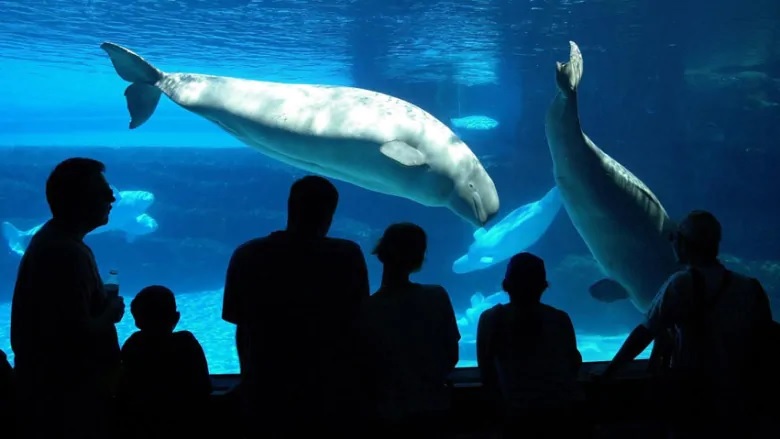 Tourists at Marineland in Niagara Falls, Ont., lined up at a viewing area to see a small pod of beluga whales. (Scott Dunlop/TheCanadian Press)

The Whale Sanctuary Project wants to provide a home for about eight whales in a 40-hectare inlet southeast of Sherbrooke, N.S. at Port Hilford on the province’s rugged north shore, about 200 kilometres northeast of Halifax.

According to Charles Vinick, director of the non-profit, the project involves–among other things–installing nets to enclose an inlet.

That will create an area where a retired whale is free to swim and dive deeply, while still being cared for by humans.

The project still requires provincial and federal permits, but if all goes according to plan, Vinick says the $12 to $15 million project will be up and running by the end of next year. 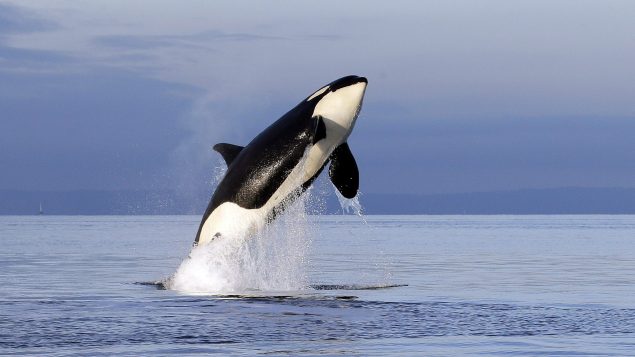 In this Jan. 18, 2014, file photo, a southern resident female orca leaps from the water while breaching in Puget Sound, west of Seattle, Washington. The Whale Sanctuary Project wants whales who have spent their lives in captivity to get a taste of similar freedom off Canada’s East Coast by the end of next year. (Elaine Thompson/AP Photo/File)

For some perspective, consider that more than 300 beluga whales and 60 orcas remain captive in aquariums around the world.

And it’s hard to imagine anyone who has fought harder to get them sprung from those aquariums and to try to make sure no future whales will be subjected to the indiginities they face that Camille Labchuk, the executive director of Animal Justice, an Ottawa based animal rights group.

Labchuk and Animal Justice were instrumental in finally building up enough public pressure to force Canada’s House of Commons last June to ban keeping whales, dolphins and porpoises in captivity.

I spoke by phone with Labchuk at her Ottawa office about the project.

With files from CBC, CP, The Guardian, The Weather Network