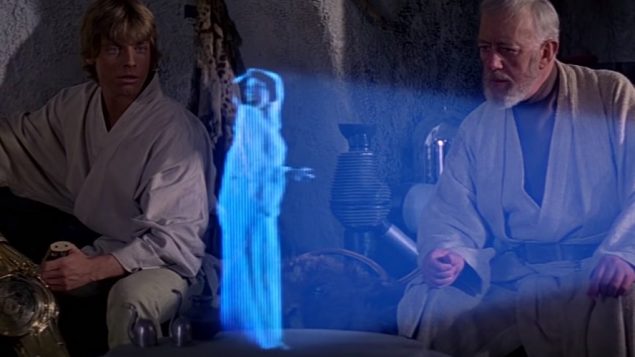 Many people's first knowledge of 3D hologram technology came from the 1977 Star Wars film, (via CBC)

Shades of Star Wars.  Many people will recall the futuristic idea of somewhat scratchy hologram messages from the 1977 film.   Technology however has already far surpassed that image.  This was evidenced as an entirely believable “live” performance of rapper Tupac Shakur at the Coachella festival in 2012. This was in spite of the fact he had been shot dead in 1996. 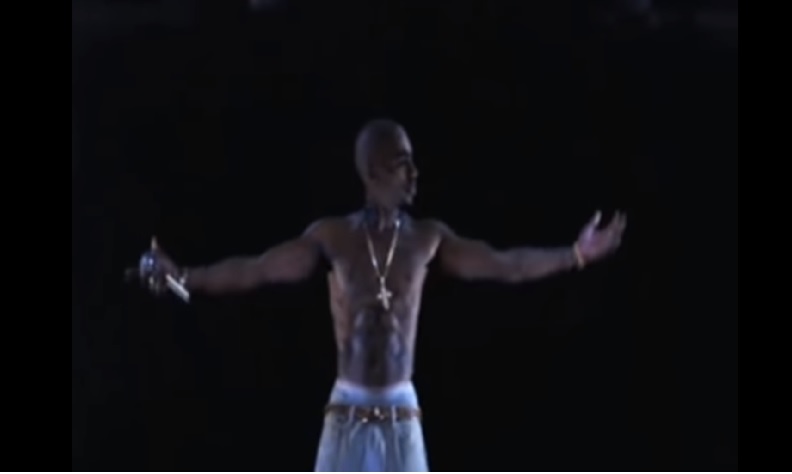 Showing the development of such technology a realistic Tupac appears “live” at Coachella in 2012, though he had been dead for years (Snoop dog TV- Youtube)

Now a Canadian company has found a very practical use of the technology.

With the growth in multinational corporations, and international conferences of all sorts, ARHT  Media of Toronto says instead of sending executives, scientists, or experts half way around the world, they can be sent via 3D holograms. 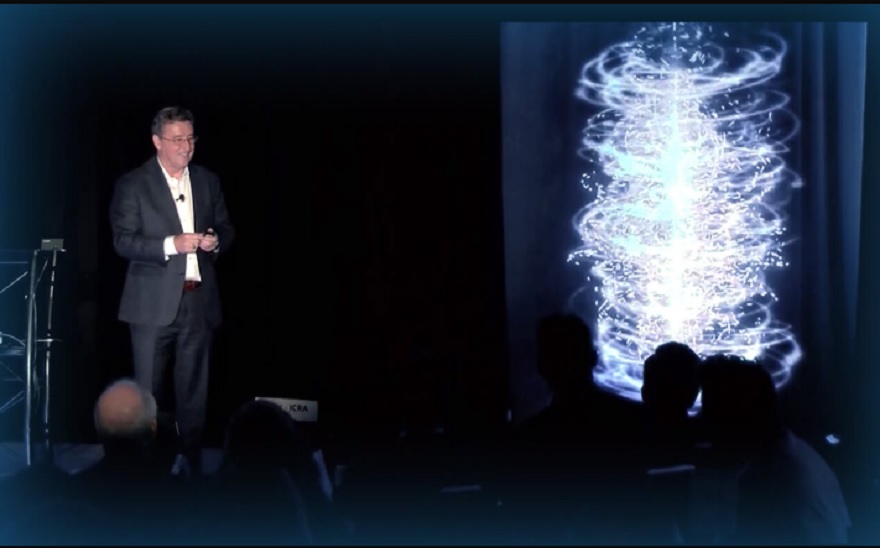 In a bit of ‘Star Wars’ like theatrics, an executive of Sun Life Financial in Toronto is presented at a Sun Life event in Vancouver (AHRT Media) 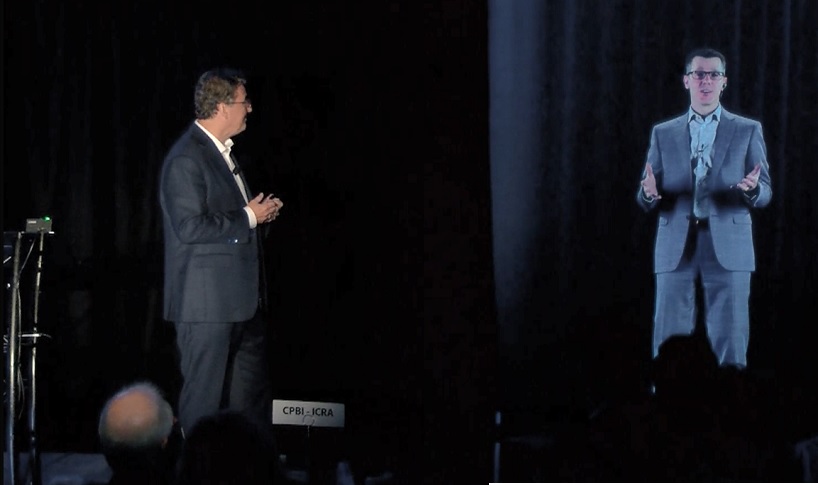 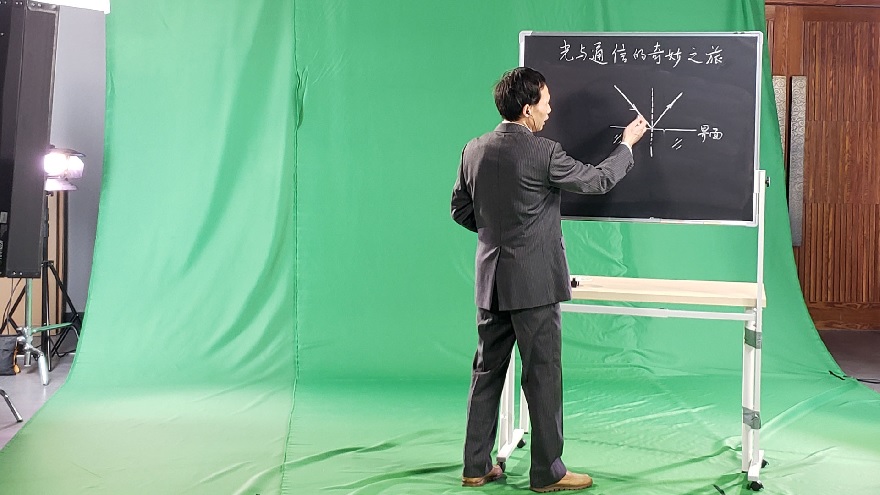 In a demonstration of the technology ARHT tech was used by a well-known Chinese physicist in one Chinese city to give a live lecture to a class in a city 1,000 km away. (AHRT Media)

Teleconferencing by phone is common, but often can’t replace face to face meetings, and there is no great possibility of any graphics or visual presentations and certainly none of real time adaptation or modification of visuals. 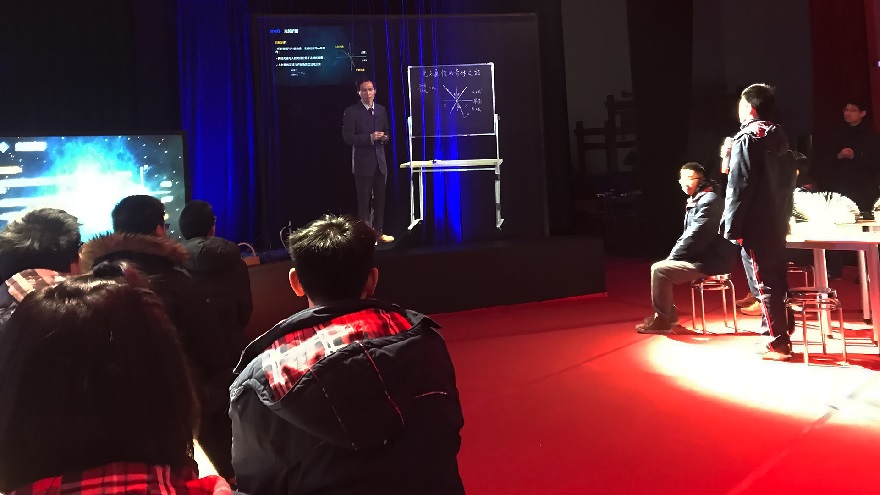 However, from their studio in Toronto, real time “presence” of such presenters can be sent almost anywhere. It is also not just a visual presence at a remote location, but the “guest” can see the audience and there is complete interaction as if the person were actually in the room or venue. 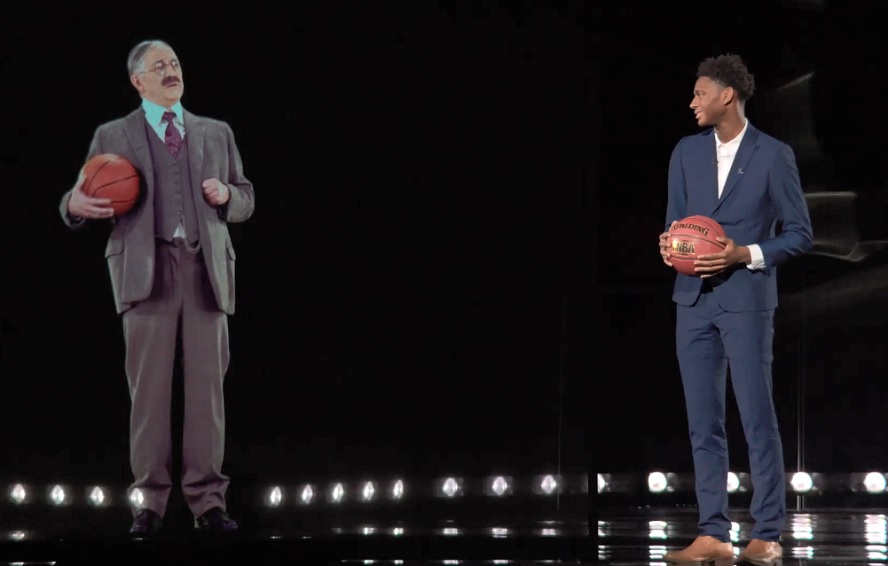 ARHT media also recreated the image of the Canadian inventor of Basketball and using his only know recorded voice presented him at the 2019 Canadian Hall of Fame broadcast, introduced by Canadian basketball star Elijah Fisher. (CTV- ARHT-CRAVE- Vimeo)

Besides saving on a an particular person’s valuable time, there is also a saving on the increasing costs associated with long-distance travel, for travel, hotel, meals, and other associated costs and expenses. ARHT CEO Larry O’Reilly says that with the technology such people can also be scheduled to appear in more than one place at a time. More than that he says, is that in this age of environmental concern, there is an enormous saving in greenhouse gases by having these people stay much closer to base while appearing at seminars, conferences, trade shows, corporate meetings, education and live events, and digital signages.