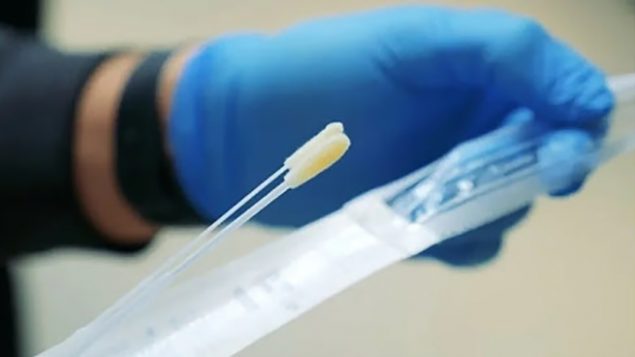 The federal government says it has over 800,000 swabs ready for use in test kits. (Nova Scotia Health Authority)

Over 50,000 Canadians have now been tested for COVID-19, according to Chief Public Health Officer Dr. Theresa Tam.

Tam presented the figure when she and Health Minister Patty Hajdu met reporters to deliver an update on the federal government’s fight against the fast-spreading virus.

Hajdu said the federal government is undertaking what she called “a massive effort” to expand testing capacity as well as to secure more medical equipment.

She said that includes approving new testing methods and purchasing additional test kits, ventilators and personal protective equipment, such as masks and gowns, so health-care providers can better do their jobs. 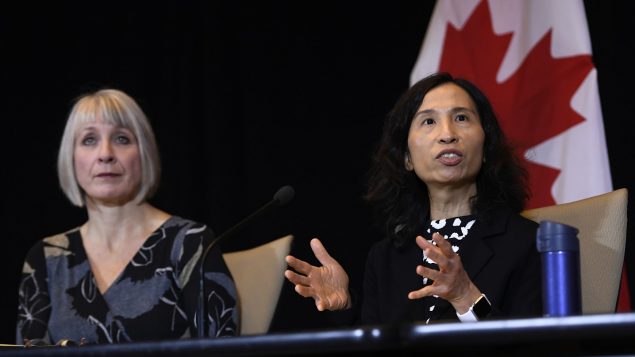 Minister of Health Patty Hajdu listens as Chief Public Health Officer of Canada Dr. Theresa Tam speaks at a press conference following the announcement by the Government of Ontario of the first presumptive confirmed case of a novel coronavirus in Canada, in Ottawa, on Sunday, Jan. 26, 2020. THE CANADIAN PRESS/Justin Tang

“We’ve been working around the clock with provinces and territories to make sure that everyone has what they need to detect and interrupt the chain of transmission,” Hajdu said.

The CBC’s Ryan Patrick Jones and Catherine Tunney report that Hajdu told the Wednesday afternoon news conference she has signed what she called an “interim order” that will allow faster importation and sale of medical devices that include COVID-19 test kits.

Tam, meanwhile, told reporters the federal government has over 800,0000 swabs ready for use in test kits.

“Eight hundred thousand swabs goes some ways, but it doesn’t mean we can stop,” Tam said. “We must keep getting more on an ongoing basis.”