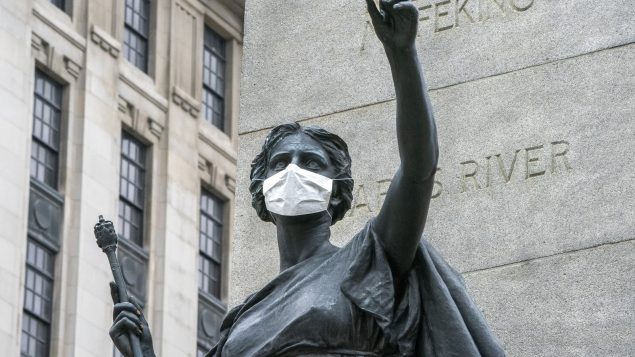 Health authorities say there has been a “fundamental shift” in how COVID-19 is spreading in Canada.

Nearly half of cases are now community-related.

The shift, health professionals say, makes it more difficult to slow the spread of the virus because they don’t know where it is at any particular moment in time.

The CBC’s Adam Miller and Amina Zafar report that the 1,044 cases that the Public Health Agency of Canada has provided epidemiological data on as of Monday, 48 per cent are a result of infection from community transmission, while 42 per cent are tied to travel and seven per cent are linked to close contact with a traveller who tested positive.

(As of Wednesday morning, Canada was reporting 2,581 active cases and 211 closed cases. There have been 26 deaths.)

On Tuesday, Deputy Chief Public Health Officer Dr. Howard Njoo said when the virus first came to Canada, 80 to 90 per cent of cases were linked to travel abroad.

In the last week, he said, nearly 90 per cent of cases reported to the public health agency came from spread of the virus within the community. 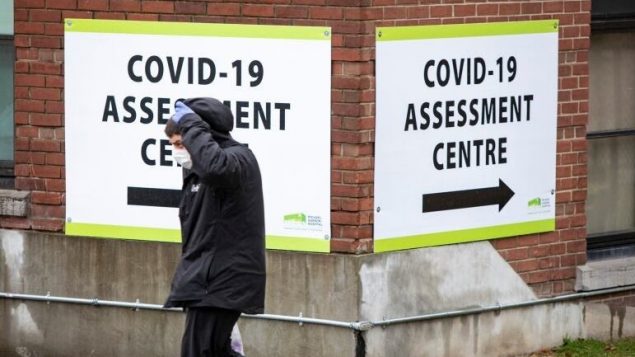 Members of the public wait to be tested at a COVID-19 assessment centre located at Michael Garron Hospital, in Toronto. (Evan Mitsui/CBC)

Miller and Zafir report Jason Kindrachuk, an assistant professor of viral pathogenesis at the University of Manitoba and Canada Research Chair of emerging viruses, saying the shift makes it more difficult to slow the spread of the coronavirus in Canada.

“If a virus is now spreading in the community, what that means is that we don’t have a really good ability to be able to monitor where that virus is, who it’s going to and who that person has contacted,” he said.

“You don’t know where the virus is at any particular moment in time, and now what you have is basically the potential for that person to pass it on to a much larger group of people.”

Kindrachuk said community transmission is particularly challenging because the virus doesn’t produce symptoms in everyone it infects.

“They’re not maybe being monitored through self-isolation or health officials don’t know that that person is infected,” he said. “So it creates a much broader concern very, very quickly for us in terms of the transmission of this virus.”

Miller and Zafir write: “Given the available data from the federal government only covers about half the number of confirmed or presumptive cases in Canada as of Monday, experts say it will be some time before we know the true picture of how widespread community transmission is in Canada.”

“Our primary strategy is to ensure that people are self-isolating when they should be and that everyone is respecting social distancing. That, in and of itself, will cut down on the change of transmission if everybody respects that,” Tam said Tuesday.