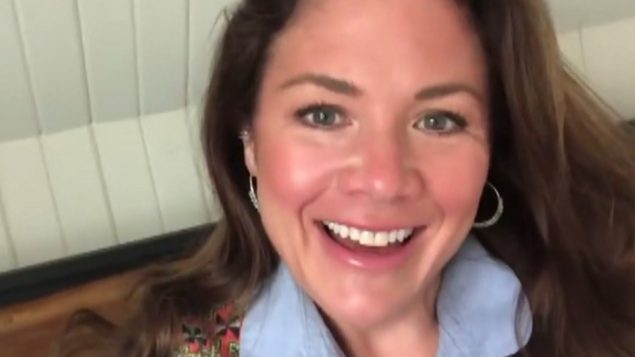 In a series of videos on Instagram, Sophie Grégoire Trudeau said Saturday she has been given a 'clear bill of health' from health officials. She thanked Canadians for their support and offered encouragement to get through the pandemic. (cbc.ca/Instagram)

Sophie Grégoire Trudeau emerged from isolation on Saturday, but Prime Minister Justin Trudeau will continue to work from home–likely for the next two weeks.

“I have a clear bill of health by medical professionals,” Grégoire Trudeau wrote in a French post on Facebook on Saturday.

“From the bottom of my heart, I want to say thank you to everyone who reached out to me with their well wishes. And to everyone who is suffering right now, I send you all my love.”

Grégoire Trudeau became ill after attending a WE Day charity event in London with her daughter, Ella-Grace, and her mother-in-law, Margaret Trudeau, on March 4.

She tested positive on returning to Canada.

“I have to continue in isolation in order to be sure that we’re following all the protocols and the recommendations by Health Canada,” he said at his daily briefing to the nation in front of Rideau Cottage.

Trudeau was the first major world leader to go into isolation because of COVID-19.

He has shown no symptoms himself, nor have any of the couple’s three children: Xavier, 12, Ella-Grace, 11 and Hadrien, 6.