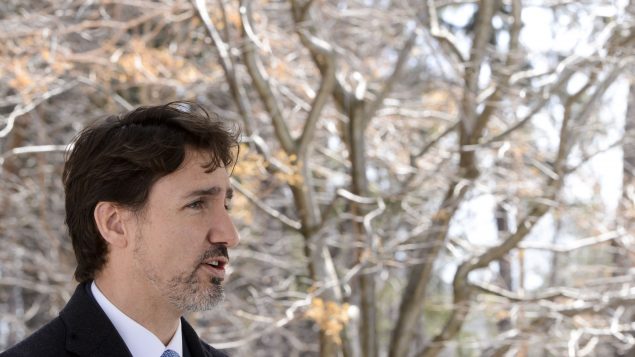 As countries around the world grapple with the shortage of critical medical equipment needed in the fight against COVID-19, the federal government is teaming up with Canadian medical device manufacturers and designers to produce 30,000 ventilators, Prime Minister Justin Trudeau said Tuesday.

The federal government is collaborating with Thornhill Medical, CAE, Ventilators for Canadians and a group led by Starfish Medical to produce the life-saving devices in Canada, Trudeau said during his daily briefing outside his home at Rideau Cottage in Ottawa.

“These purchases will help increase our capacity to make these lifesaving machines right here at home,” Trudeau said.

‘We need to be ready for any and every circumstance’ 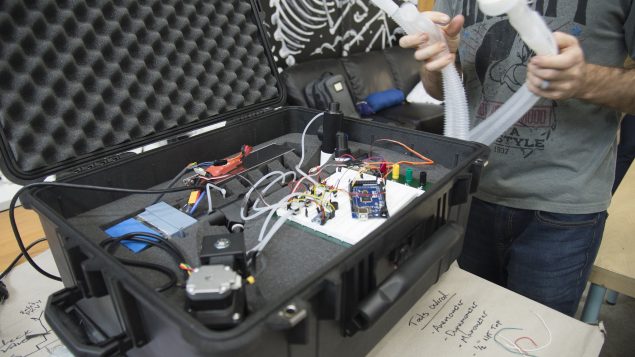 An engineer attaches the breathing tubes to a prototype of a emergency response ventilator in Vancouver Friday, March 27, 2020. (Jonathan Hayward/THE CANADIAN PRESS)

According to the Public Health Agency of Canada, the country has a stock of about 5,000 ventilators, sophisticated medical devices that help move air in and out of the lungs when a patient is having difficulty breathing.

“We need to be ready for any and every circumstance. The opportunity to make sure we have ventilators available is extremely important,” Trudeau said.

“If we end up making more ventilators than Canada needs because Canadians continued … social distancing, continued to follow [the] best health advice, that’ll be great news and we will have ventilators to share with other countries that are facing more difficult circumstances. For us, doing more right now, doing quicker right now, is really the only option.”

Medical gowns made of airbag fabric? 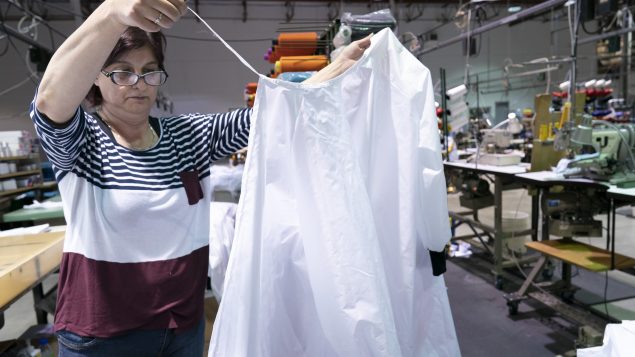 A seamstress holds up a completed medical gown at the SP Apparel company in Granby, Que. on Wednesday, Apr. 1, 2020. The company normally manufactures sports uniforms that are shipped worldwide. (Paul Chiasson/THE CANADIAN PRESS)

The federal government has also teamed up with over 20 companies, including Arc’teryx, Canada Goose, and Stanfield’s, to produce medical gowns and establish new supply chains in Canada, Trudeau said.

“One thing that is particularly inspiring to see is how many companies are not just producing these goods, but innovating,” Trudeau said.

“For example, AutoLiv is looking to make medical gowns out of material that they would normally use to produce airbags.”

While Ottawa is working to secure critical equipment from Canadian sources, the federal government is also working to buy up supplies on international markets, Trudeau said.

Canada is expecting a shipment of 500,000 masks from U.S. conglomerate 3M tomorrow, he added.

“We’re working as fast as we can to get them to our frontline workers,” Trudeau said.