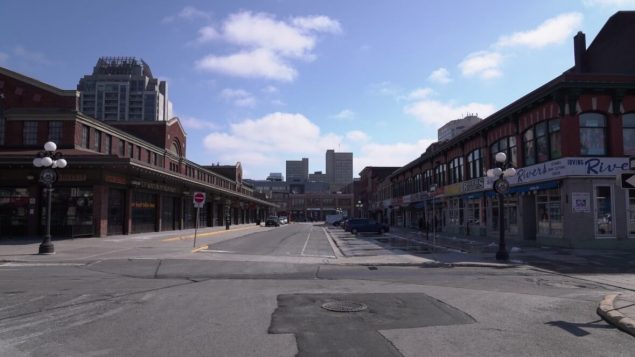 The Byward Market in the heart of Ottawa with its boutques, specialty shops and restaurants is normally always busy, but now closed and empty. (March 24,2020 Francis Ferland-CBC)

With several provinces invoking emergency health measures and ordering non-essential businesses to close, vast numbers of Canadians are finding themselves out of work.

The Conference Board of Canada is a non-profit economic and policy think tank.  They have just released a prediction of record setting job losses could reach 2.8 million for March and Aprll, a figure which represents about 15 per cent of the labour force.

That estimate, prepared earlier was released on Monday, but was already and underestimation  as the government released figures the same day showing 3,1 million Canadians had applied for government financial benefit programmes, with almost 795,000 claims on Monday alone.

This would include Canada’s long-established Employment Insurance programme which provides funds for a specific length of time for those workers who have lost their jobs. It is designed to help workers financially while they look for another job or during layoffs. 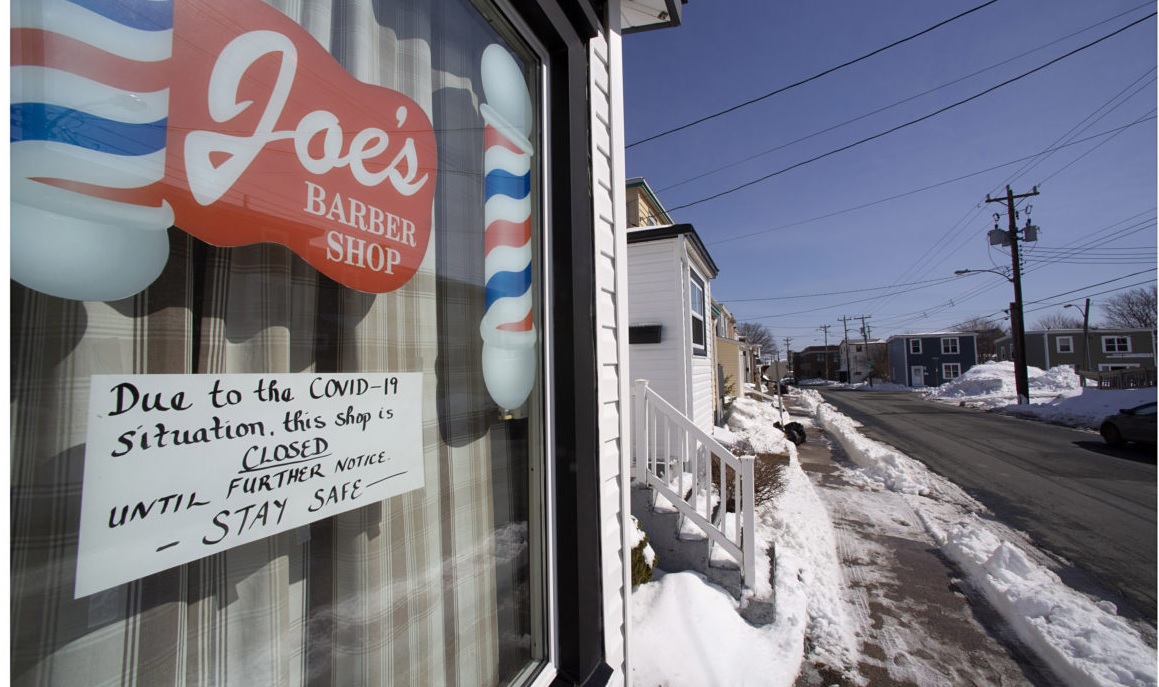 Barber shops, like this in St John’s, Newfoundland were ordered close as non-essential businesses. Self employed and contract workers are now seeking financial help from the government along with other millions of other full-time workers (CBC)

Monday was the first day for applications to the federal government’s new Canada Emergency Response Benefit (CERB)  for those workers not-eligible for EI in order to provide some income quickly Employers can benefit from the Temporary Wage Subsidy for Employers.

Both programmes are designed to augment existing aid progremmes to help Canadians weather the financial distress caused by the requirements imposed to combat the spread of COVID-19.

Though most of the layoffs will be temporary, there is no certainty that some businesses and employers will be able to survive the shutdowns if they drag on for several weeks. The Board notes in fact that most of the layoffs are affecting those in the lower income jobs such as restaurant, bar and other food service workers,  while the amusement and recreation industry, hotels and travel, and retail sector such as clothing stores are being hard hit.

The projection notes that about 16 per cent of the layoffs , some 444,000, were in the food and beverage industry,  while layoffs in the amusement, recreation, travel accommodation, personal care, and clothing stores account for 327,000 jobs. While the national average for salaries is just over $1,000 per week, workers who are paid at a rate of 50 per cent or less of that average represent 14 per cent of the work force, but 34 per cent of the layoffs. 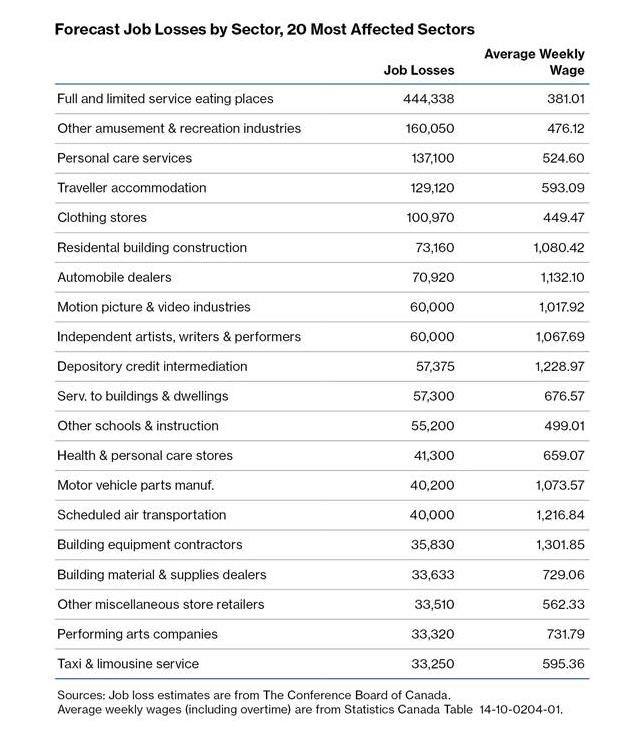 Forecast Job Losses by Sector. (Conference Board of Canada)

The Board notes that there have already been 2-million applications for  Employment Insurance, (EI) a long-standing Canadian programme to provide funds to individuals who have lost their jobs.

The analysis says if the various isolation and closure policies start to lower COVID-19 infection rates, the economy and jobs could begin to pick up in May.

Canada’s statistics gathering agency, Statistics Canada, is expected to release its labour force survey later this week. This will be the first actual statistical look at the effects of the pandemic on jobs and will cover the period from March 15-21, when business first began to close or reduce staffing.