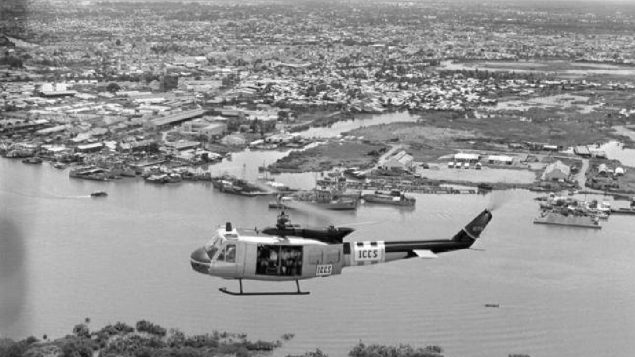 It was on this day in 1973 that a Canadian military officer was killed by North Vietnamese forces.

The Vietnam war is a well-known, well documented, and well mythologised period in modern history. During the course of the war about 30,000 Canadians left Canada to join the U.S military to fight there. Some 12,000 were in combat roles and 134  were killed. While they were officially in American uniforms and service, what is even less known even in Canada, is that Canada played an official role in trying to monitor peace. Both with the International Commission for Security and Control (ICSC) since 1954 and the later commission that replaced it known as the “International Commission of Control and Supervision” (ICCS) 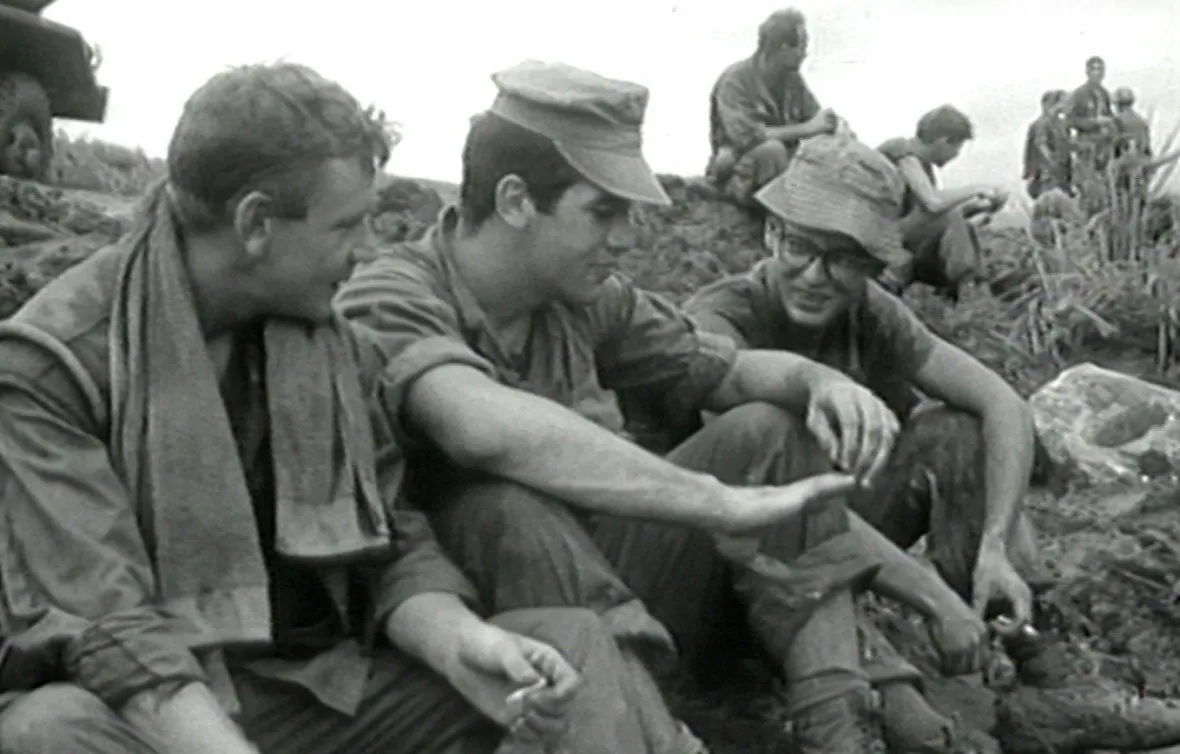 An estimated 12,000 Canadians served in combat roles in Vietnam. Pictured in a 1968 CBC News story are three Canadians: Ron Payne of Galt, Ont., Richard Dextraze of Montreal and Arthur Fisher of Niagara Falls, Ont. The men served in the same U.S. marines unit. Some 134 Canadians are known to have killed while serving with US forces in Vietnam (CBC)

On January 27,1973 the Paris Peace Accord was signed to end the fighting in Vietnam

A new body, the ICCS, was already underway  and Canada had indicated it would be a part of it. A mere two days later Canadians were already on their way to monitor the peace. The ICCS was comprised of equal members from (Communist) Hungary and Poland, and (democratic) Canada and Indonesia.

Not formed under the auspices of the United Nations, its mission was to provide a neutral party to monitor and report on compliance with of the terms of the Paris Peace Agreement and investigate violations, and would include monitoring of prisoner exchanges. Approximately 300 Canadians would serve on the mission during Canada’s brief involvement which the Canadian Forces had designated as Operation Gallant, 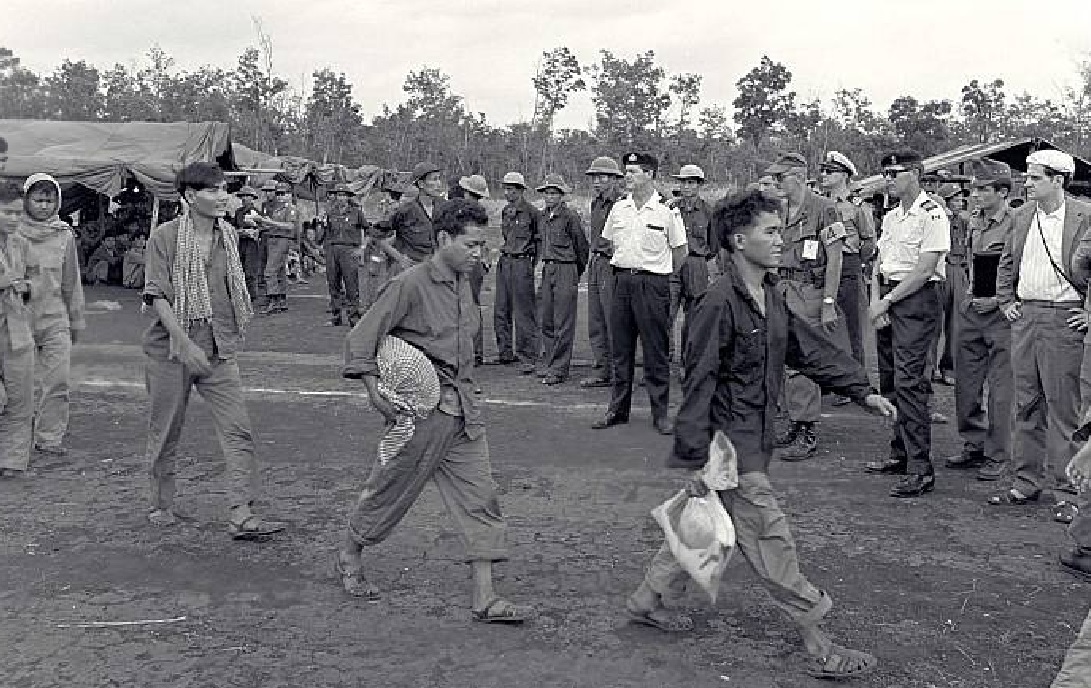 Canada soon learned that the ICCS was powerless as any violation, and there were thousands on both sides, had to be agreed upon by all four parties before it could be issued. The  two Communist members often denied a violation had taken place.  By March Canadian officials in Ottawa and officers on the ground were already frustrated at the mission and its complete lack of authority, in addition to other frustrations.

An oft quoted statement from an officer said his six month tour included, eight weeks in a traffic jam, six weeks trying to complete one phone call, eight weeks of sleep and two weeks of work he would normally wrap up in four days at home.

However, frustration aside, the mission was clearly dangerous, and on this day April 7 1973 it turned deadly. 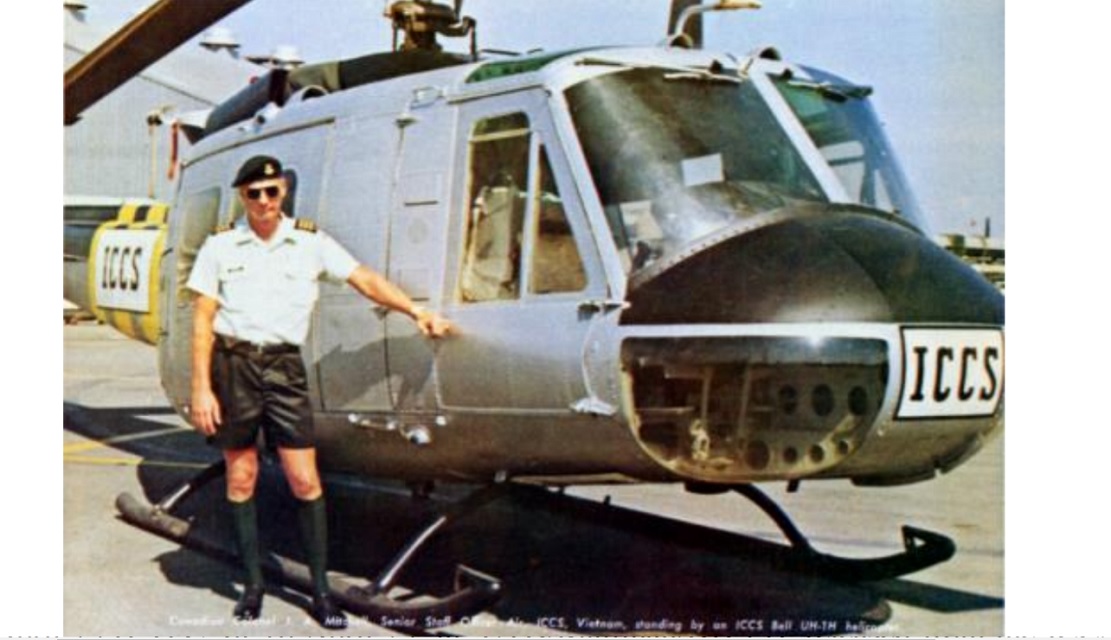 A SAM-7 missile was launched by North Vietnamese forces which hit the helicopter, killing all on board. Capt. Laviolette’s body was recovered and is buried near Quebec City. 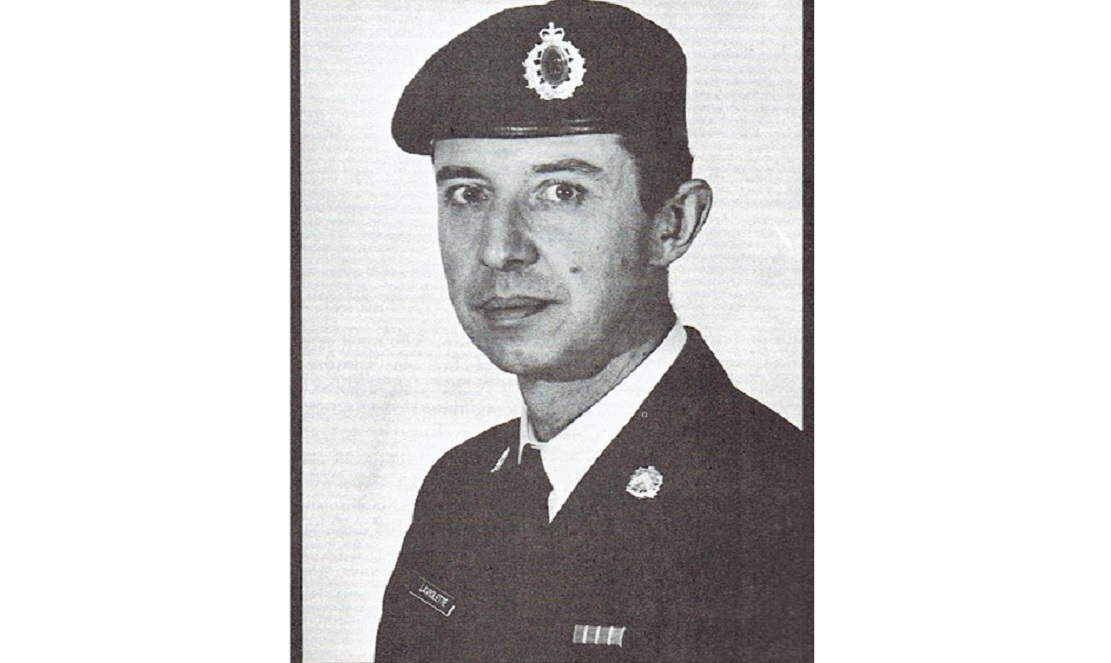 Capt. Charles Laviolette, killed while acting as an observer with the ICCS in Vietnam (DND)

This act was almost the last straw. Canada’s then External Affairs Minister, Mitchell Sharp, has said of the peace deal observer mission, “Canadians should not take part in a charade”.

On May 29 Canada announced they would withdrew from the Commission, saying they had come to supervise a peace, but instead were observing a war. Hoping their vocal frustration would result in improvements, Canada stayed on, but when nothing changed, Canada pulled out.

The entire Canadian contingent left on July 31 aboard two CF 737 jets from 436 squadron to be replaced by Iran. During the Canadians short time there, they noted over 18,000 violations from both sides and tens of thousands of Vietnamese killed.

Four other Canadians died while on official service in Vietnam.

While serving with the earlier ICSC, Sergeant James Byrne of the Royal Canadian Army Service Corps and Corporal Vernon Perkin of The Black Watch (Royal Highland Regiment) of Canada, were killed in an airplane crash on 18 October 1965 along with Canadian diplomat John Turner. A Canadian civilian, Philip MacDonald, aged 30 and serving with the ICC in Saigon, died on May 8,1970

South Vietnam would fall to the Communist NVA and Viet Cong in 1975.