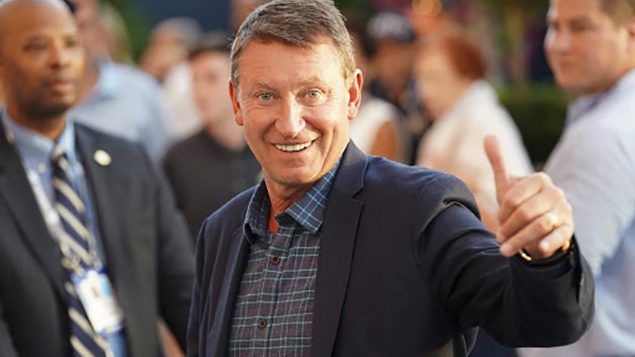 Hockey this year? Wayne Gretzky is a believer

He always played like a brother from another planet, so Canadians may be forgiven if they choose to suspend their disbelief and decide to believe that Wayne Gretzky might know of what he speaks.

He was known, after all, as “The Great One.”

As a player, Gretzky had the ability to keep his mind and emotions on simmer–a mental skill that always appeared to give him an decided advantage in what is billed as “the world’s fastest game.”

Gretzky was a man whose ability to keep his mind and emotions on simmer, giving him what always appeared to be an unfair advantage in what is billed as “the world’s fastest game.” 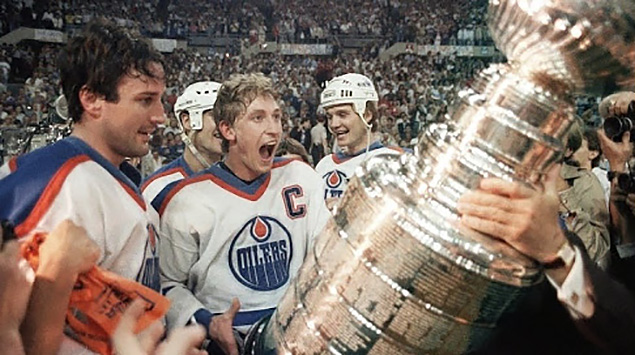 Gretzky (centre) and Paul Coffey (left) await the presentation of the Stanley Cup after defeating the Philadelphia Flyers in the 1985 final. That team was named  by the NHL as the greatest in history. (Bill Grimshaw/The Canadian Press)

So maybe he knows something…at the very least, senses something. (He sure could on the ice.)

On Sunday, Gretzky, hockey’s all-time greatest scorer (by a mile), who is currently in self-quarantine in California, told The Associated Press:

“I really believe somehow, someway, that the leadership in this country and in Canada, that we’re going to figure this out.

“And I really believe that we’ll see hockey and some sort of other sports in June, July and August, albeit in a different way, but I really see it coming to fruition. I think it’s going to happen.” 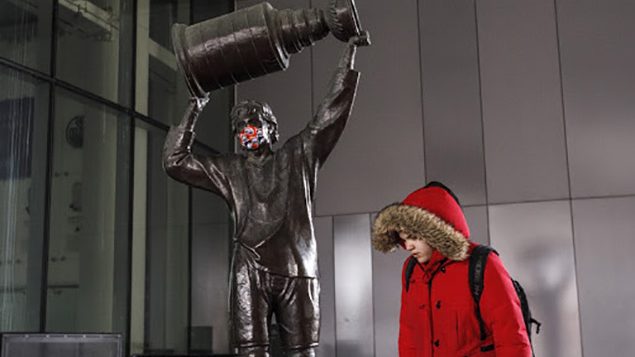 A pedestrian walks past a Wayne Gretzky statue sporting a mask outside Rogers place during the COVID-19 pandemic, in Edmonton, in March. (Jason Franson/The Canadian Press)

So what to make of Wayne Gretzky’s prediction?

He was, after all, raised in Canada, land of the optimistic long-term weather forecast

(Nobody can prove it, of course, and meteorologists will swear on a stack of digital print-outs that they would never–ever–fib about something like this, but a lot of Canadians often wonder how come that last day of a long-term forecast seems to always call for a gorgeous day–or, at the very least, a reprieve from the current conditions they might be contending with. This, in a country whose weather has been described as “nine months of winter and three months of tough sledding.”)

Watching all those long-term weather forecasts tends to drill a tiny sense of optimism (or denial, perhaps?) into our collective DNA.

Is Gretzky–along with his other-wordly abilities–as much Canadian at his core as the rest of us? 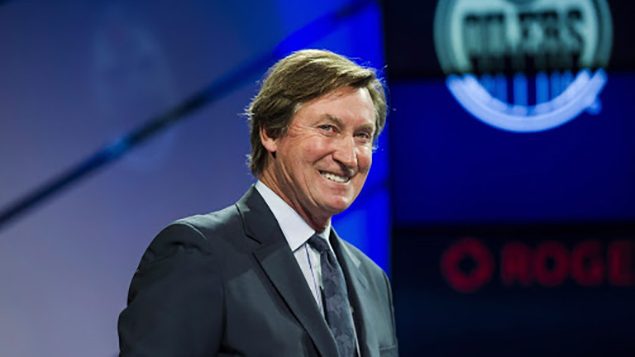 And, like virtually all professional athletes, he more than likely has a built-in, visceral hatred of losing, or even admitting to defeat.

Something to be considered, at the very least.

The NHL shut things down in March because of COVID-19.

It is now considering several options on trying to resume this season, including going directly to the playoffs at several neutral sites.

Gretzky, the AP’s Stephen Whyno writes, believes the NHL will find a way.

“Maybe I’m too optimistic. I think I’m not. I hope that that’s a good sign for everyone that we’re moving on in life, in business, in sports. I really see in the next couple months something good happening.”

A word of warning to non-Canadians and non-hockey fans: Don’t snicker.

So let’s be clear.

When Gretzky says there will be games, a whole lot of Canadians listen.

With files from The Associated Press (Stephen Whyno), CBC