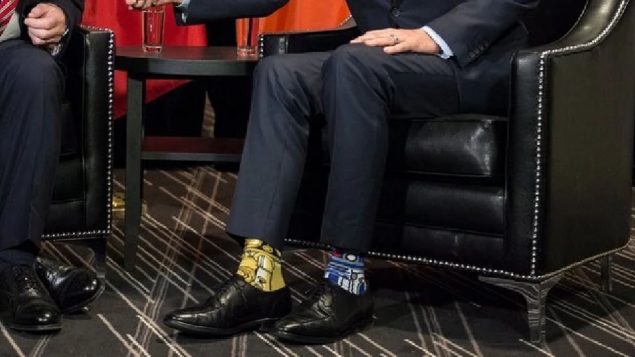 Justin Trudeau his trademark of flamboyant socks. This time during a meeting with the Irish PM. in May 2017 (Paull Chiasson-CP)

In the autobiography- The Bigger Picture- which is mostly about Australian politics, Turnbull has a short section on Trudeau, whom he portrayed in an unflattering light.

The international gathering at the Asia-Pacific Economic Forum in November 2017, was to complete the signing of the newly negotiated Trans-Pacific Partnership deal,

But Trudeau hesitated.  Turnbull says Canada’s PM then ‘humiliated’ other world leaders by not appearing for an important meeting.

The deal was originally to be called TPP-11 after the eleven nations involved and following the U.S. decision to pull out.

Trudeau’s hesitancy to sign apparently made the other leaders want to exclude Canada and call it the TPP-10. 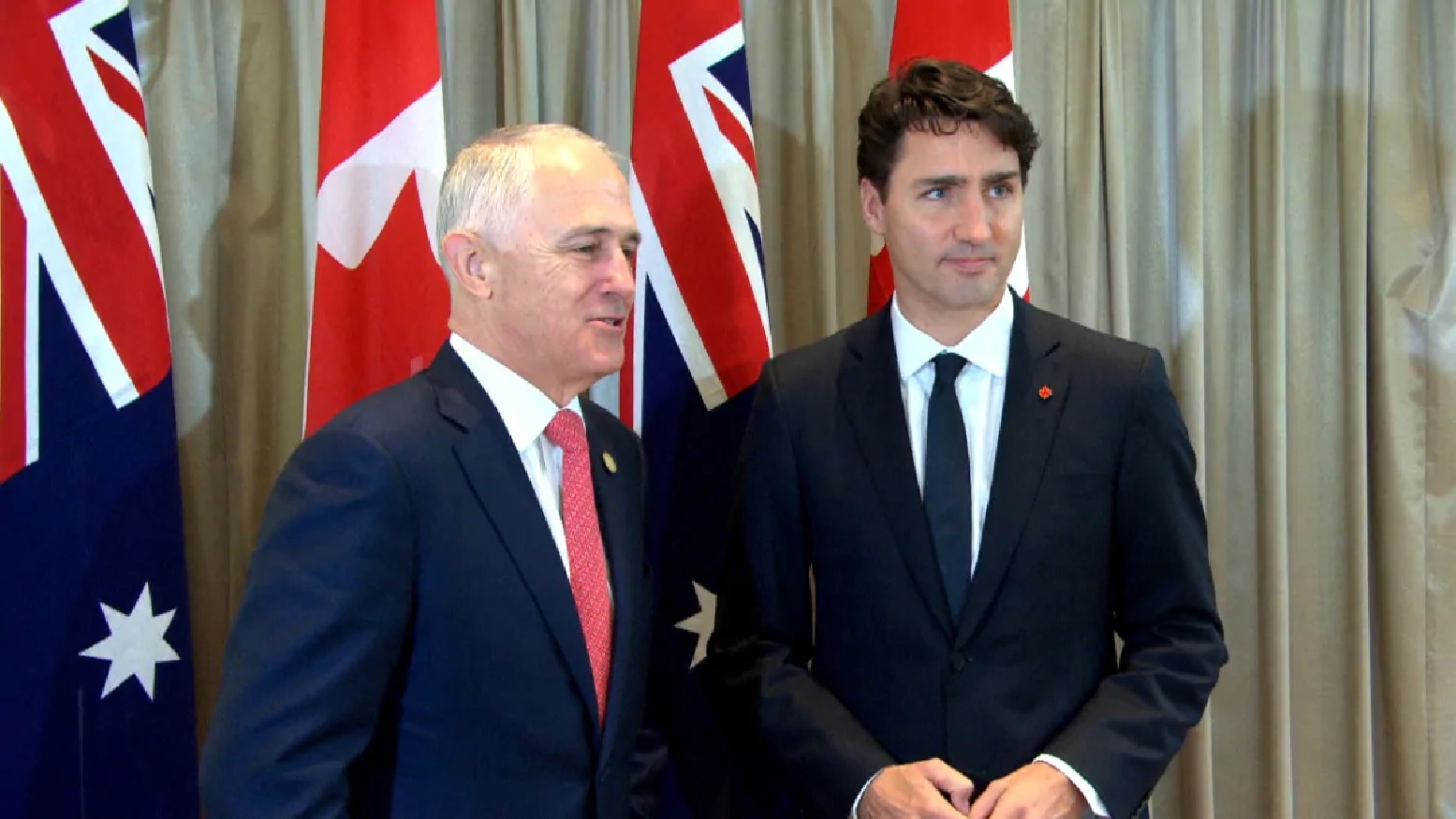 Malcolm Turnbull (L) and Justin Trudeau. Although things were cordial in public, Turnbull’s new book shows he was upset with the Canadian leader, or his seeming fascination with his clothes. At a meeting he said ‘Justin we’re not here to look at your socks. (CBC)

In meeting with Trudeau immediately following the failed meeting and photo-op, Turnbull said the Canadian leader seemed obsessed with how he looked along with his colourful socks.  He writes, “ “Justin always wore perfectly tailored suits that fitted like a glove, bright socks and on this occasion two-tone shoes”. After crossing his legs which raised his pantlegs, Trudeau’s first question was ” What do you think of the socks?

The ‘indecision’ by the Canadian leader caused a lot of consternation and later difficulties as world leaders had to meet to figure out Trudeau’s concerns and position, According to Turnbull this indecision made Trudeau look ‘flaky’.

Trudeau later said Canada was back in, although he insisted it be called the “Compehensive and Progressive Trans-Pacific Partnership”.

In his defence Trudeau said he had not been prepared to sign a deal that wasn’t in the best interests of Canada.  His concern was with preserving Canadian cultural content and auto making, although the final deal had no change to the auto industry clause.