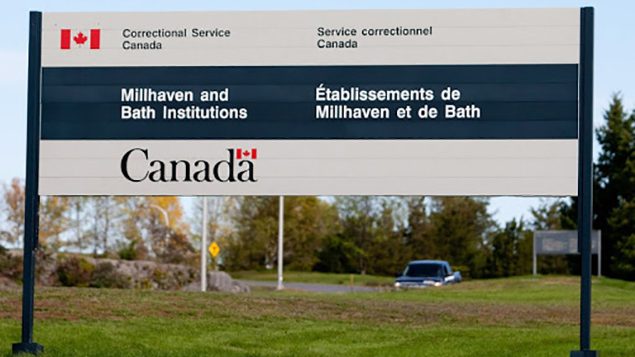 A sign for Millhaven and Bath institutions stands outside the maximum-security prison in Bath, Ont., on Saturday, September 29, 2012. (Lars Hagberg/The Canadian Press)

Since a little over a month ago when a guard at one of the biggest prisons in Canada’s biggest city tested positive for COVID-19 and the virus made its way into Canada’s prison system, everyone’s known a time bomb was ticking.

On any given day, about 39,000 people are in federal, provincial and territorial custody in Canada.

And–by definition–prisoners form a group that does not have many opportunities to practice the social distancing measures meant to mitigate the spread of the coronavirus.

It’s not a winning formula.

Everybody, including Public Safety Minister Bill Blair knew a plan was needed to–somehow–snuff out the fuse leading to a possible pandemic bomb that might cost dozens of lives. 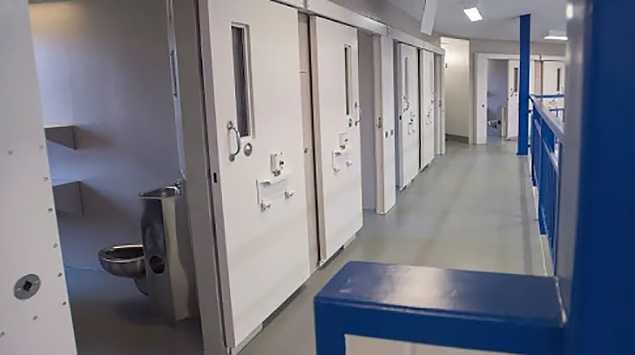 Cells at the Central Nova Scotia Correctional Facility in Halifax. Advocates say Canadian prisons should reduce the number of inmates in its jails during the COVID-19 pandemic. (Andrew Vaughan/The Canadian Press)

Three weeks ago, on March 31, Blair asked the heads of Canada’s prison system and parole board to consider early release for some federal inmates to mitigate the impact of COVID-19 behind bars.

What’s happened since remains something of a mystery.

Is there some sort of cover-up afoot or it is all simply a matter of cumbersome bureaucracy operating in slow motion?

We’ll likely find out down the proverbial line.

For now, here’s what we know:

As advocates continue to deliver dire warnings of danger ahead and the number of people in Canadian prisons who are infected with COVID-19 continues to grow, the Correctional Investigator of Canada says he’s having trouble getting Correctional Services Canada to provide him with straight answers about what’s going on with early releases aimed at mitigating a possible pandemic. 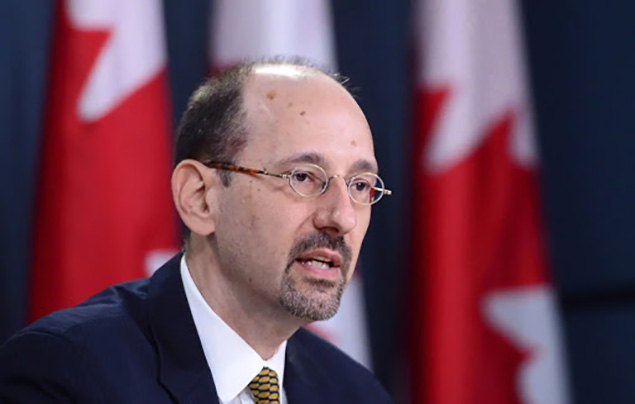 Correctional Investigator of Canada Ivan Zinger has been asking for details on the number of prisoners released early due to COVID-19, but has not been able to get numbers. (Sean Kilpatrick/The Canadian Press)

In fact, Ivan Zinger says, he’s having problems getting any answers at all about much of anything.

In a CBC News story published today, Kathleen Harris writes that, despite Zinger’s repeated requests, Correctional Services Canada has not provided him with any names and numbers about who’s going and who’s staying.

Zinger told Harris he has “gleaned only anecdotal information about two pregnant women and another inmate with cancer who have been released due to the pandemic.”

Data on admissions, releases and in-custody population Zinger received for November 2019 through March 2020 appear to have only “normal fluctuations,” Zinger told Harris.

“So far I have not received any data showing how many, above the normal in and out, are coming out,” he said.

On Monday, Blair failed to shed any light on the matter when he told reporters at a press briefing in Ottawa  that “literally hundreds” of prisoners had been released and 600 more requests for early release were being considered.

On Tuesday, a spokesperson for Public Safety Canada walked Blair’s comments back, saying the minister was referring to the release of offenders who already were scheduled to leave prison through parole, or whose sentences were ending.

In a statement, Blair’s office said it could not provide a specific number on how many have been released due to the pandemic. 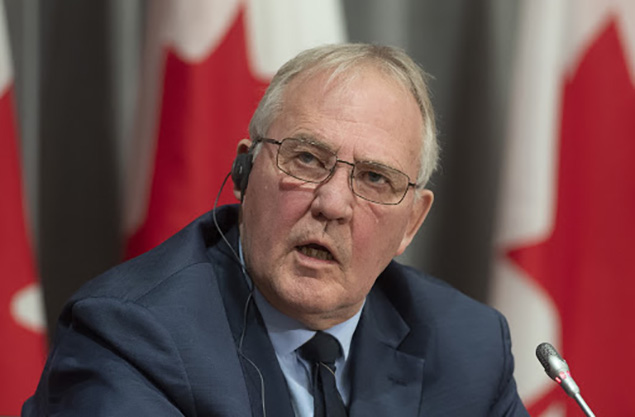 Public Safety Minister Bill Blair (pictured during his news conference in Ottawa on Monday) was forced to walk back comments about how many prisoners had received early release because of COVID-19 fears. (Adrian Wyld/The Canadian Press)

“During the COVID-19 pandemic, the Parole Board of Canada (PBC) has streamlined a number of its policies and processes in response to an increase of parole review submissions, and to assist the CSC and community partners,” the statement said.

“As this pandemic continues to evolve, we have been clear that our response will as well.”

The statement, Harris writes, repeated a line from March 31 — that the minister has asked the CSC commissioner and PBC chair to “determine whether there are measures that could be taken to facilitate safe release for certain offenders.”

Late Tuesday evening, CSC responded to a set of questions from CBC, but did not say how many prisoners have been released early related to COVID-19.

It said only that–on average–there are 600 offenders released each month and that in March 2020 there were 636 released from custody.

There are about 14,000 people incarcerated in federal penitentiaries and Harris notes that many have chronic diseases, disabilities or dementia, or are terminally ill, though she provided no figures.

Releasing them early, advocates say, would make it safer for everyone–prisoners and guards alike.

As of the last official count Monday, Harris reports that 186 prisoners–about a third of the 546 inmates tested–were infected with COVID-19: 114 in Quebec, 64 in British Columbia and eight in Ontario. One male prisoner died at B.C.’s Mission Institution due to COVID-19.

With files from CBC (Kathleen Harris), The Canadian Press, RCI