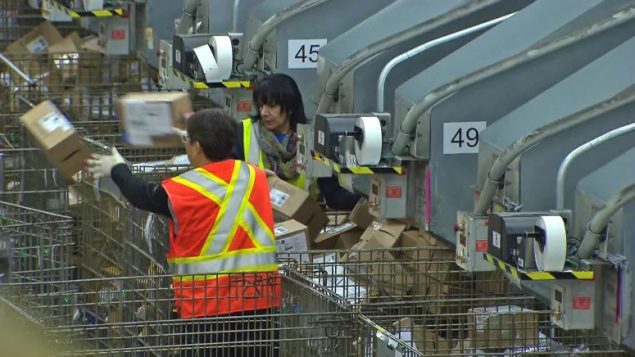 Canada Post says it is experiencing Christmas-level parcel volumes, resulting in delays in deliveries, partially caused by processing facilities that were not designed for social distancing.(CBC)

Canada Post has confirmed what most Canadians had already pretty much figured out for themselves.

Parcel deliveries are not exactly running on time these days as the Crown corporation continues to operate across the country in the midst of the COVID-19 pandemic.

Canada Post says that as more and more people isolate at home and shop online, it is delivering packages at a rate comparable to its busiest weeks of the Christmas season. 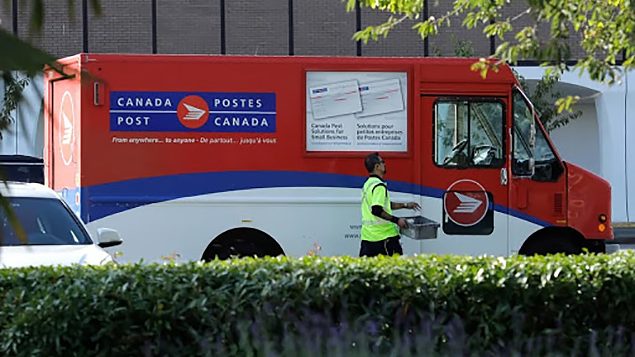 In a news release, it adds that social distancing measures also play a role in the delays because processing centres were not designed for keeping people two metres apart.

How high is the volume?

Canada Post says this past Monday, it delivered more than 1.8 million packages–equal to the busiest days during the Christmas rush.

Last month, Canada Post announced a series of measures to deal with the COVID-19 pandemic, including a “Knock, Drop and Go” system where a delivery person would knock or ring, choose the safest location to leave an item, and then head to the next address.

The system was designed to speed up deliveries by eliminating the need for signatures at the door and to reduce the number of parcels sent to post offices for pickup.

As well, Canada Post suspended the 15-day hold period for parcels ready to be picked up at post offices, as well as announcing that the parcels would no longer be returned to senders.