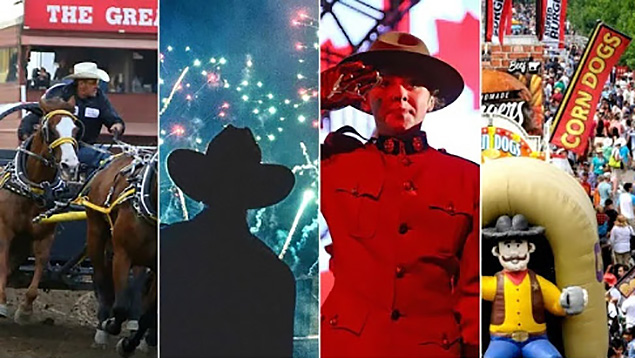 For the first time in 97 years, the Calgary Stampede, with its chuckwagons, fireworks, music shows and midway, will not take place this summer. (Robson Fletcher/CBC, Brooks DeCillia/CBC, Jeff McIntosh/Canadian Press)

It bills itself as “The Greatest Outdoor Show on Earth.”

It’s been around every summer–continuously–for close to a century.

COVID-19 has done what a depression, a world war, a gigantic flood and increased pressure from animal activists could not do.

There will be no Calgary Stampede this year. 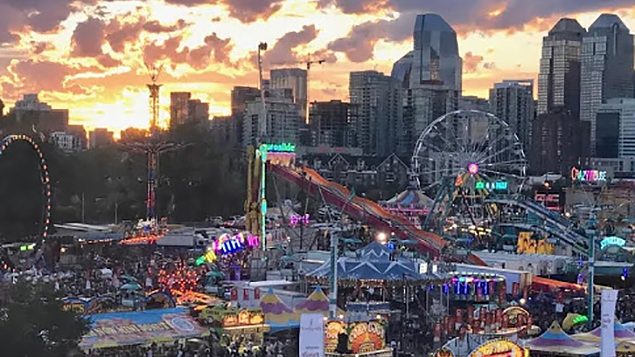 The first Calgary Stampede took place in 1912. From 1923 onward, it has been an annual event in Calgary and has been its biggest summer event for many decades. (John Gibson/CBC)

On Thursday, the Stampede’s board of directors announced they were calling it off.

“It’s hard but it’s the right thing to do,” said Stampede president and board chairman Dana Peers.

“As you can imagine, it’s very difficult to be here to share this announcement. As a community celebration, the cancellation of our annual event comes with our community, public health and safety front of mind.”

Calgary Mayor Naheed Nenshi called the Stampede, “a critical part of who we are as Calgarians.  It’s almost impossible to imagine a summer without it.” 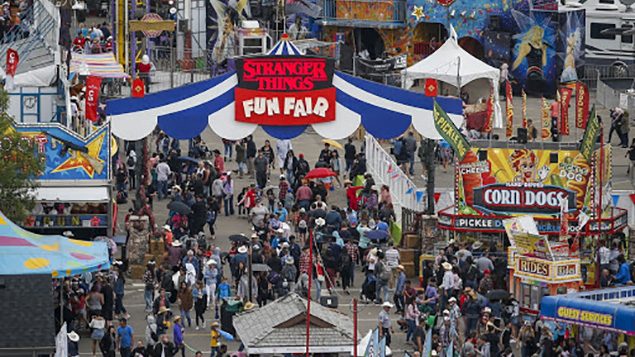 Crowds flock to the midway at the Stampede in Calgary, Sunday, July 7, 2019. The famed rodeo and surrounding events draw 100,000 people a day–a million people a year. (Jeff McIntosh/The Canadian Press)

It was scheduled to begin July 3 and run through July 12, attracting tens of thousands of spectators and millions of dollars in business to a city already hard-hit by the severe drop in world oil prices.

The rodeo-based extravaganza that includes a giant parade, commercial and street fairs, art exhibitions and music shows, has long been a source of pride–and income–for many Calgary residents, through good times and bad.

In recent years, it has come under fire for what animal activists say is the mistreatment of animals, especially the horses used in chuckwagon races. 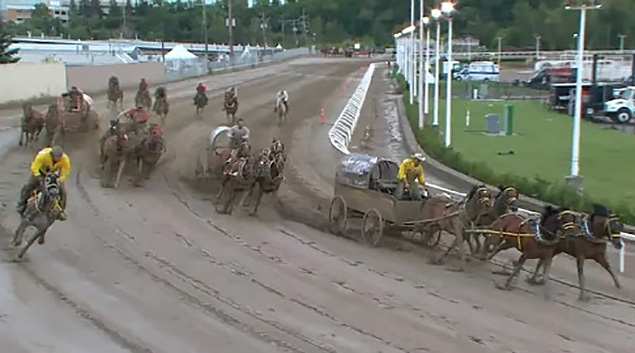 But the criticism hasn’t stopped the Stampede from drawing 100,000 people daily–more than a million a year–on languid summer days and nights.

And it’s a money-maker.

According to the Conference Board of Canada, it pumps $540 million into the provincial economy annually.

On average, over the past five years, the Stampede has brought in $79.2 million in gross revenue and turned a profit of $21.4 million after expenses.

The greatest challenge to its uninterrupted run came in 2013 when floods ravaged Alberta. 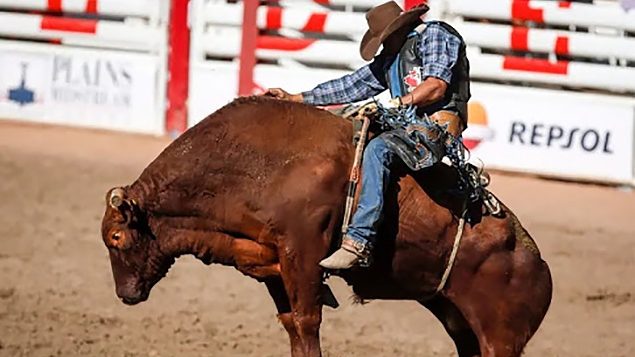 Somehow, organizers managed to get the show up and running.

“I remember standing at this podium seven years ago and talking about how we only had two weeks — come hell or high water the Calgary Stampede would go on,” Mayor Nenshi said Thursday.

“This is different. This pandemic, this virus, this response is something that is impacting every single one of us in the world.”

Peers, the the Stampede’s chairman, stressed this year’s cancellation is only a temporary setback. 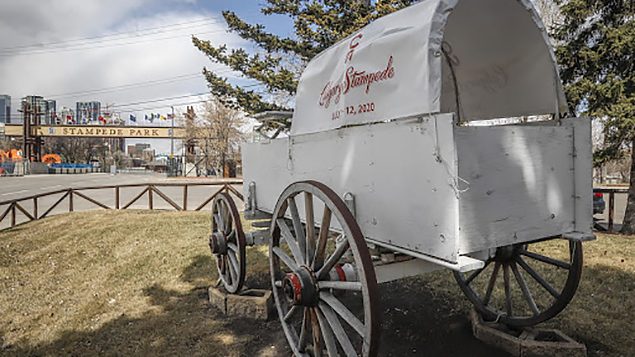 The Stampede’s chairman says this is not the end of the line and it will return next year. (Jeff McIntosh/The Canadian Press)

Organizers, he said, will soon focus on fall, winter and spring events at Stampede Park, as well as plan for the 2021 Stampede.

“When it’s appropriate, we’ll gather together and celebrate again,” he said.