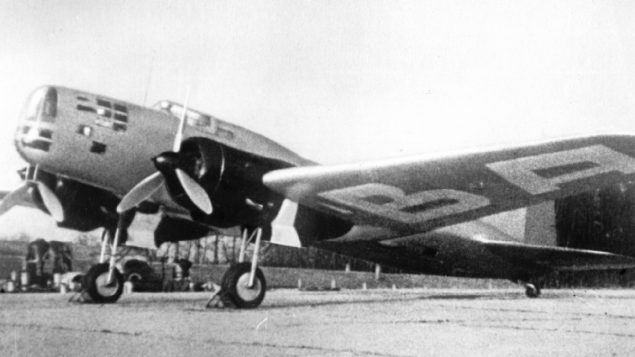 A Soviet propaganda effort record flight from Moscow to New York ended instead in Canada. Note the huge letters spelling MOSKVA in Cyrillic under the wings. For the record attempt, the entire plane was painted bright red, with dark red engine nacelles( Illuyshin company)

The year 1939 began in hope, The World’s Fair was being held in New York City, with the theme of “The Land of Tomorrow” to open on April 30.

The still young Soviet Union was eager to promote itself as an advanced society in politics and culture, doing so through technological  and industrial achievementsachievements. One was was through advancement in the still young world of aviation.

To promote that, an idea was to make a non-stop flight from Moscow, to New York City and the opening of the World’s Fair where the world’s media attention could be focussed on this record-breaking achievement.

A newly designed twin-engined bomber would be specially fitted out for the attempt.

The Illuyshin TsKB-30 was christened “Moskva” and the entire fuselage was painted bright red, with dark read engine nacelles and the name in huge letters across the entire underside of the wingspan. The carefully planned route was to fly north to take advantage of the curvature of the earth and save greatly on the distance, time, and fuel.

Pilots BGen. Vladimir Kokkinaki and copilot, Major Mikhai Gordienko left Moscow on April 27 for what was planned as a 24 hour flight heading westward over the Baltic states, Sweden, Norway, Iceland, Greenland’s Cape Farewell, then over the southern tip of Labrador and eastern Canada and down the coast to New York City.

To help guide them the CBC from its Sackville New Brunswick station would broadcast brief messages in Russian at about the time the plane was expected to be in range.

However after making it to Labrador, the plane encountered heavy cloud and had to climb to 30,000 feet. Although the pilots eventually did hear the CBC, their compass was frozen and they couldn’t detemine their location or direction. When they cleared the cloud they were over the open water of the Gulf of St Lawrence and somewhat lost. With darkness approaching they spotted some land but wondered if they flew on, would they end up lost over the ocean?. Though they had hours of fuel left they decided to attempt a landing in a field near a lighthouse. 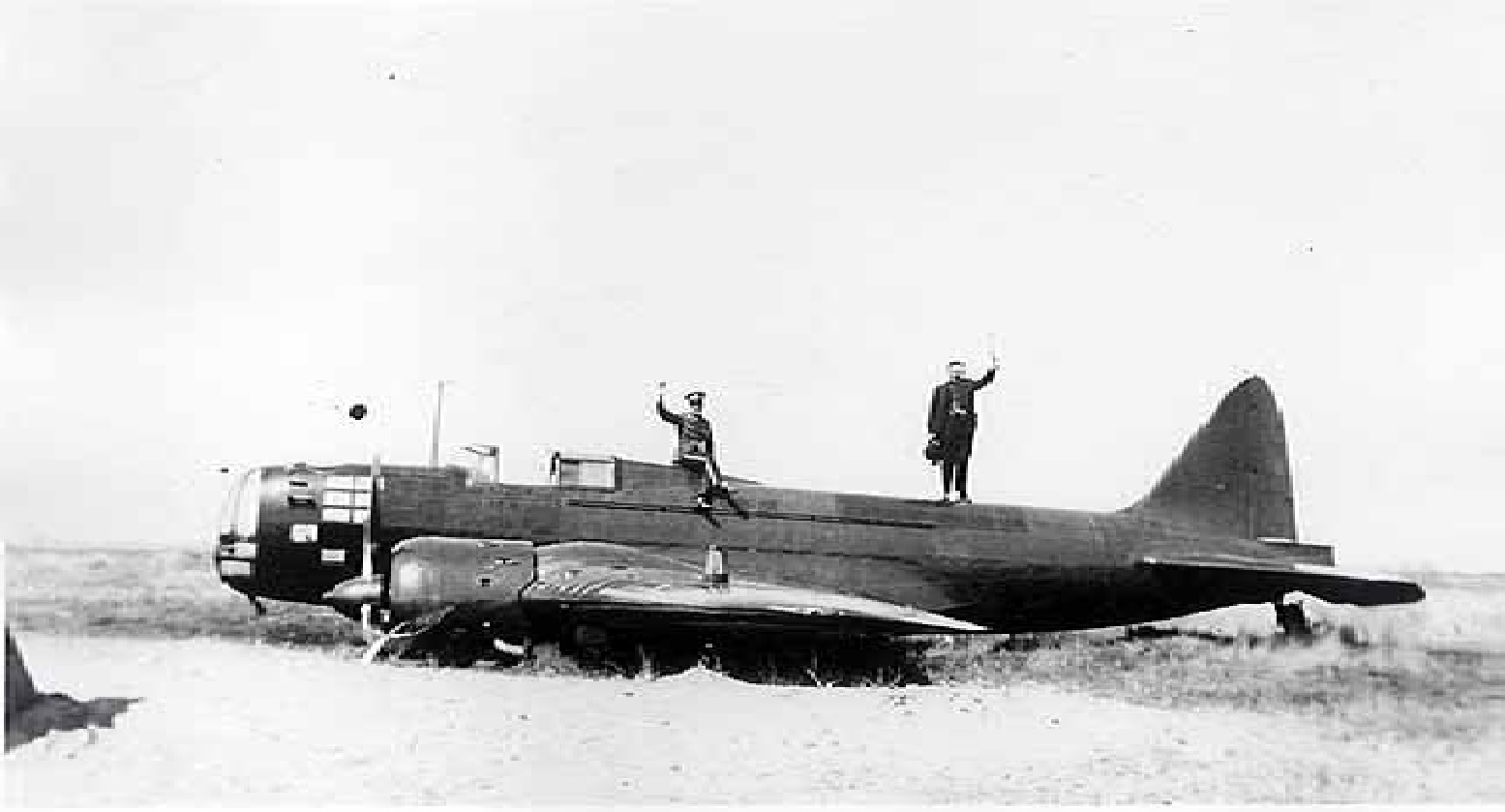 The Soviet plane crash on Miscou Island with an RCMP Constable and possibly a reporter on the blane. ( NB Archives PAN B P20-318)

It was rough but without major damage and both survived albeit somewhat shaken. It turned out they landed on Miscou Island New Brunswick. After some difficulty as the islanders spoke French only, word was sent that the pilots were safe. They did eventually arrive in New York to great acclaim but aboard a chartered plane. The Moskva had to be disassembled and was returned to Russia on a ship.

Though unsuccessful in its original goal, the pilots were hailed as heroes for their epic flight and the concept of the ‘northern route they had created was used to basis for all transcontinental flights ever since.

But it was not the first time such a record Russian effort did not quite get to its planned destination in the U.S.

In 1937 two pilots and navigator in a purpose-built single-engine Tupolev ANT-25 made a non-stop flight from Moscow to San Francisco. After crossing the North Pole and the Canadian coast the 3 man Russian crew made it to Eugene Oregon, where they were running short of fuel, They headed back north to land instead at an airport they had passed at Vancouver Washington after over 63 hours in the air and 5,670 non-stop kilometres.