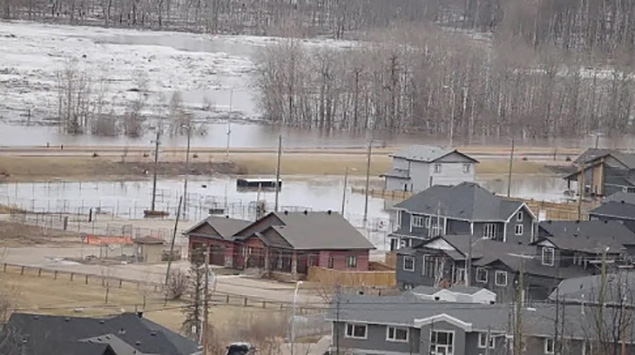 Flood waters forcing thousands from their homes in Fort McMurray

Severe flooding has now submerged much of the downtown area of the beleaguered northern Alberta city of Fort McMurray, still in recovery from a devastating wildfire four years ago that forced thousands from their homes.

Now, over the past two days, at least 15,000 residents have fled their homes, a boil water advisory has been issued and the mayor is asking for military assistance to limit the damage. 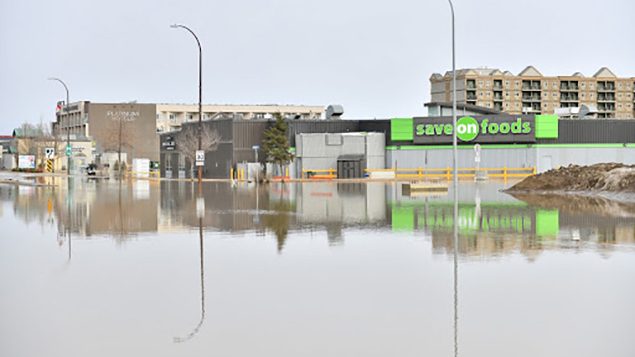 A grocery store is surrounded by flood water on Franklin Avenue in Fort McMurray on Monday, (THE CANADIAN PRESS/Greg Halinda)

“Fort McMurray has seen, of course, ice packs and spring floods in the past, and most recently a significant one 20 years ago,” Kenney said. “But this apparently is a once-in-a-century situation. We took a flight over the city and saw the impact. It’s very significant.”

Kenney said the province will send more law enforcement personnel to help police in Fort McMurray and will provide sandbags and pumps to assist with flood mitigation efforts.

Prevented from flowing downstream, the river began spilling into town. 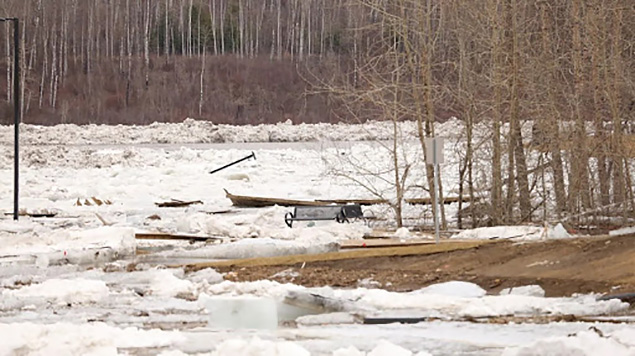 Mandatory evacuations and a secondary state of local emergency were declared on Sunday after rising water levels created a high risk of flash flooding. (Jamie Malbeuf/CBC)

Neighbourhoods adjacent to the rivers were initially put under voluntary evacuation orders, which soon switched to mandatory as the rivers kept rising.

By Monday evening, all of downtown Fort McMurray, Draper, Waterways and the Taiga Nova Industrial Park were submerged or under evacuation orders.

A boil-water advisory had also been issued for all of Fort McMurray and the communities of Anzac, Fort McMurray First Nation #468, Gregoire Lake Estates and Saprae Creek Estates. 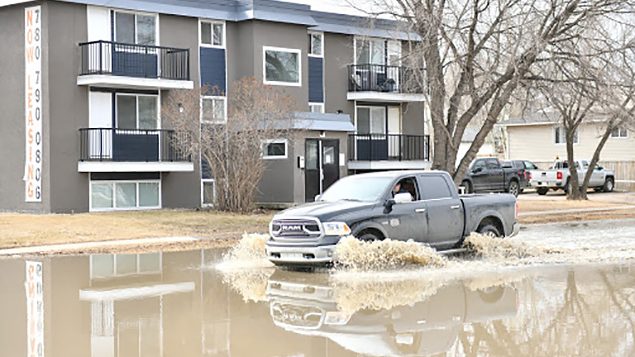 A vehicle drives through flood water on Centennial Drive in downtown Fort McMurray on Monday. (THE CANADIAN PRESS/Greg Halinda)

More than 5,000 people have registered at evacuation centres and emergency crews have performed more than 200 rescues in areas where people were ordered to leave.

During his visit, Kenney rejected the idea that the ice jam could be cleared with explosives or by a bombing run from a CF-18 out of CFB Cold Lake, saying that would likely compact the ice jam even further. 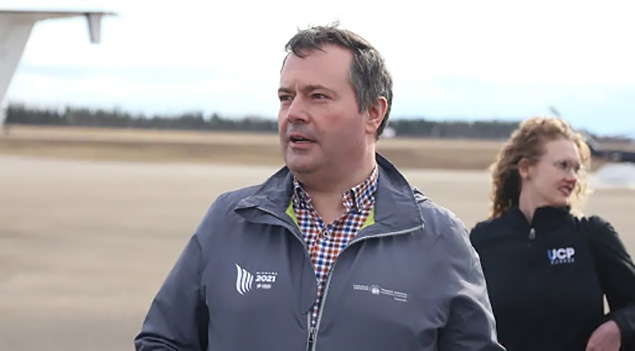 He did say he  would approve a request made Sunday by Mayor Don Scott and David Yurdiga, MP for Fort McMurray-Cold Lake, asking the federal government to send the Canadian Armed Forces to assist with evacuations and filling sandbags.

National Defence Minister Harjit Sajjan said he would approve the request if a formal one was made by the province.

Kenney said he would make the request if the municipality could provide specific details for how any regular or reserve soldiers would be used but also said mobilizing military forces, even from CFB Edmonton, could take several days.

Kenney said the province is also considering financial support for people who have been forced to leave their homes.

Complicating matters are measures in place to fight COVID-19. 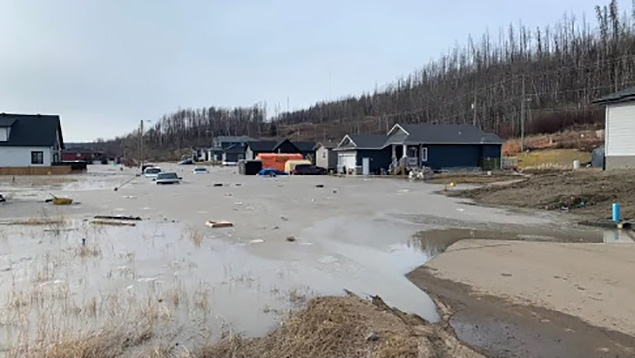 By Sunday afternoon, the streets of Waterways, a neighbourhood south of downtown Fort McMurray, were fully submerged. (Tracey DeMartin)

“The combination of dealing with evacuations alongside COVID-19 is one that’s been discussed for several months,” she said.

“We anticipated we would need to deal with some evacuations, whether that be for floods or for fires, as this particular time of year is a time where we often see these situations.”