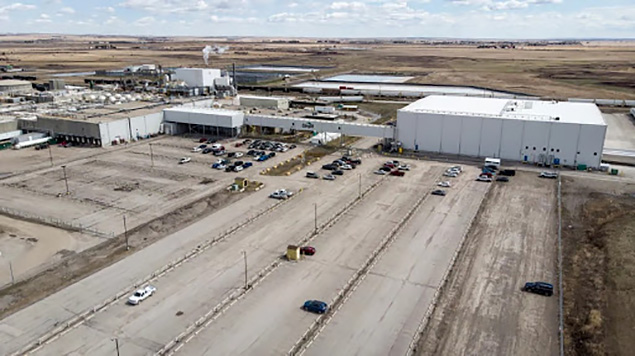 Labor leaders in Alberta are calling for a criminal investigation and public inquiry into two meat processing plants where two workers have died this month and more than 1,300 other people have been infected with COVID-19.

The call came as Canadians marked the National Day of Mourning, a world-wide event now observed in over 100 countries, that honours workers who have died, been injured or been made ill while on the job. 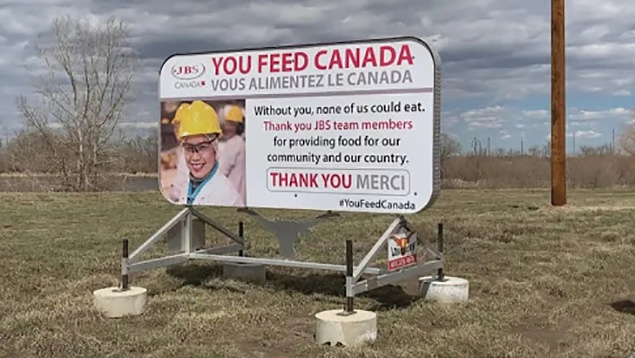 A sign outside the JBS meat-processing plant in Brooks, Alta., thanks workers for continuing to show up during the pandemic. Hundreds of workers at the plant have now contracted COVID-19. (CBC)

The COVID-19 pandemic has compounded matters in many workplaces, not the least of which are Alberta meat-processing plants where workers say the conditions put them in grave danger. 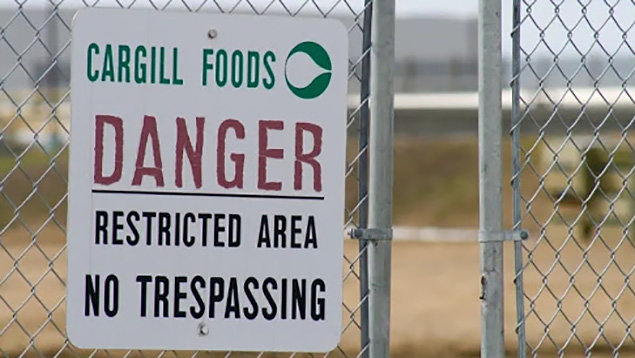 Alberta has seen a surge in COVID-19 cases in meat-processing plants and labour leaders in the province say they’ve seen enough. (Dan McGarvey/CBC)

The  Cargill meat-packing plant near High River, about 60 kilometres south of Calgary, has been linked to 1,167 cases of coronavirus–769 of those infected are workers.

That’s the largest COVID outbreak linked to a single site in Canada.

After a woman in her 60s contracted COVID-19 through her work at the plant died earlier this month, Cargill announced it was temporarily shutting the facility down.

Another 249 employees have tested positive at a second meat-packing plant, JBS in Brooks, about 180 kilometres southeast of Calgary, where the other meat-plant worker died this month. 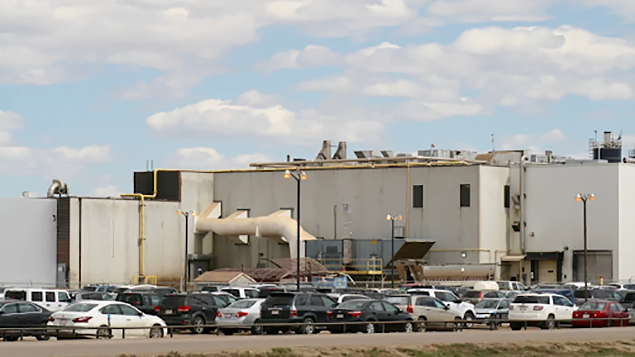 On Tuesday, Alberta labour leaders said it should be closed for at least two weeks and an online petition calling for a shutdown has garnered thousands of signatures.

The two plants have more than 4,500 workers and supply more than two-thirds of Canada’s beef.

A large percentage of the workers are Filipino, some of whom are temporary foreign workers (TFWs) and others who are permanent residents. 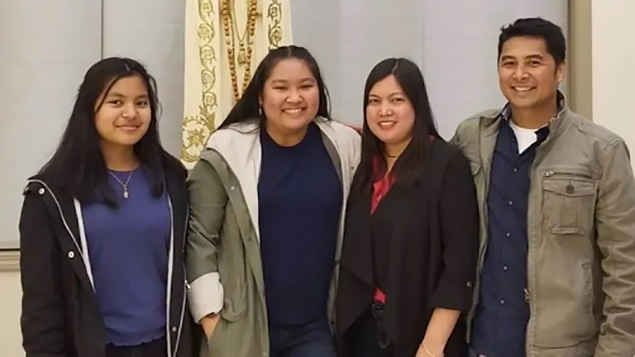 Elma Ton, second from right, says she has been disappointed to see comments making fun of the Filipino community online in the wake of the Cargill outbreak. Her husband Rodel Ton, far right, works at Cargill. (Submitted by Elma Ton)

Earlier this week, they told CBC News’ Joel Dryden they were tired of being blamed for the COVID-19 outbreak.

Last week, Alberta Occupational Health and Safety announced it is investigating the conditions at the two plants.

Calgary and District Labour Council president Alexander Shevalier says he has little faith in the investigation. 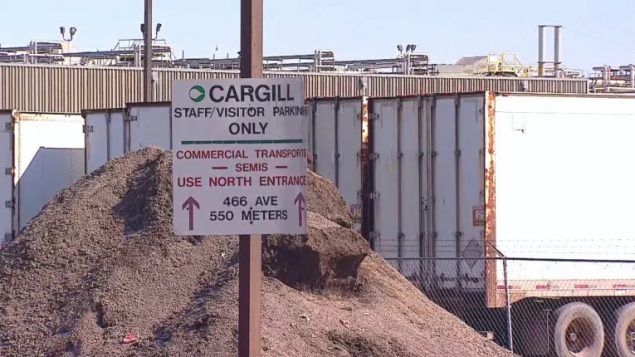 Cargill closed its plant temporarily earlier this month following the death of a worker. (Charlotte Dumoulin/Radio-Canada)

“We think the provincial government has botched this badly, and we think that to prevent this from happening again we need to know exactly what happened and what went wrong,” Shevalier told the Calgary Herald’s Jason Herring.

“I do not have confidence (in OHS) because they did a virtual investigation and declared the Cargill workplace to be safe.”