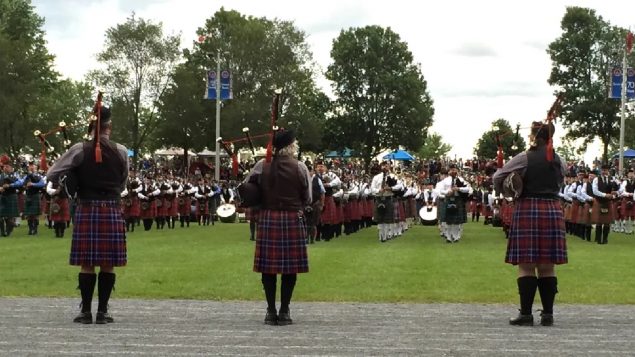 The Glengarry Highland Games in small town Maxville Ontario is one of the hundreds of local summer events across Canada that attracts vast numbers of visitors to the area and is an important source of revenue for the town. It's among the hundreds of events which will not take place this year. (Maureen Brosnahan-CBC)

Throughout Canada, the summer season is filled with a huge variety of events, festivals, parades, sports, exhibitions, fairs and other events.

Due to concern over the SARS-Cov2 virus, in Canadan Canada’s major cities, almost all public events of any kind indoors and out, have been cancelled at least until mid summer, although many have already been cancelled well beyond that time.

But big cities are not the only victims. 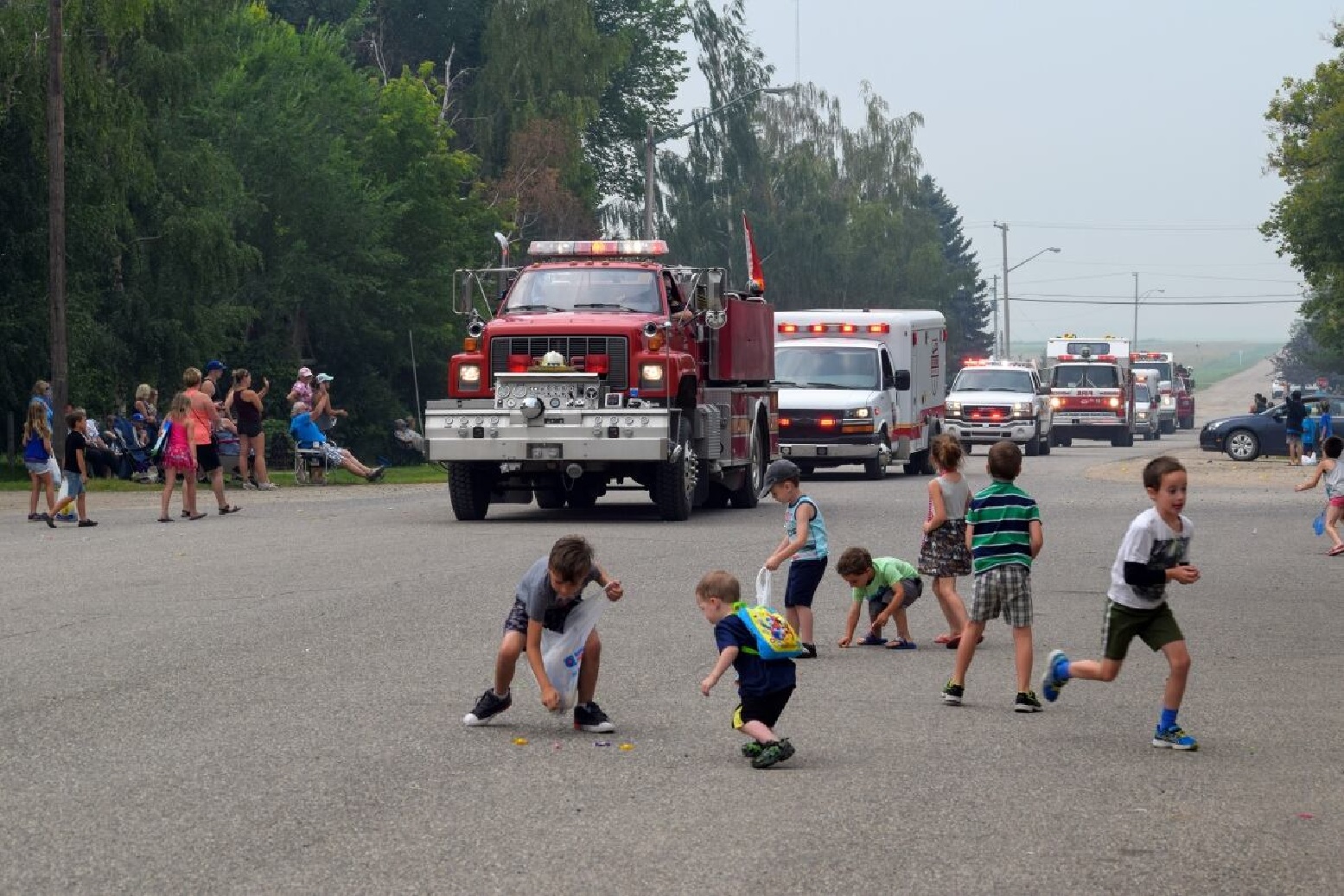 Kids scramble for candy tossed from the passing parade. Many small local summer events are not hugely sophisticated, but are an important tradition, and bring in revenue for local merchants, craftspeople, small vendors, seasonal musicians and others. There are fears that many will end this year due to lack of funds and continuity to restart next year (Alicia Bridges-CBC)

Throughout the entire country small towns and rural communities have also been affected.  While major events like the Calgary stampede have been cancelled, so to has the hugely popular Ponoka Rodeo in Brandon Manitoba along with literally hundreds of smaller rodeos, community fairs, music festivals, farm fairs and exhibitions, which are often of great economic importance to the local area and agricultural societies, seasonal entertainers, local merchants, and individual craft and food vendors. 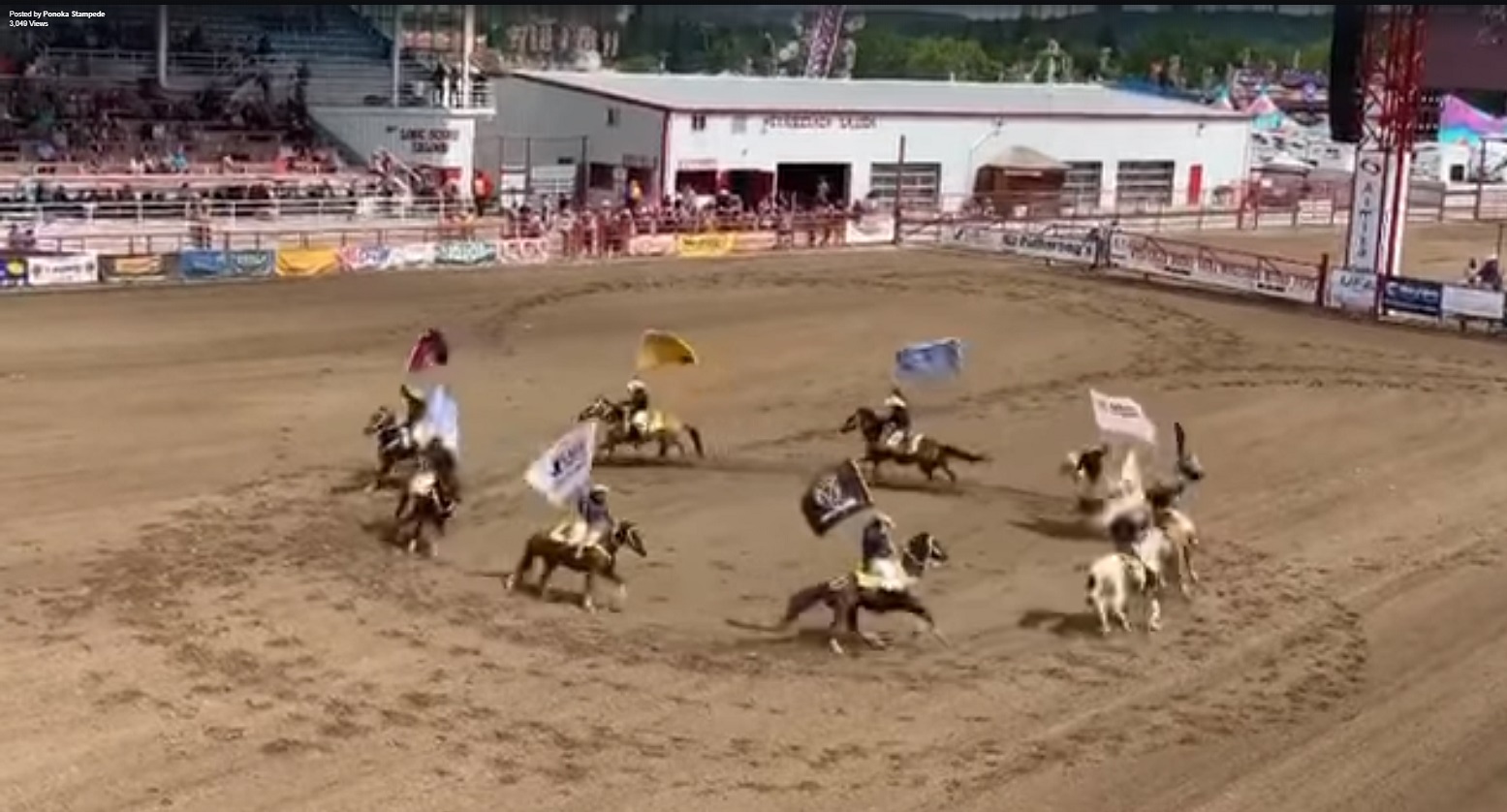 Rodeo events small and large are a huge feature of western Canadian summers, almost all have been cancelled resulting in massive financial loss to the community like this one in Brandon Manitoba (Ponoka Rodeo-Facebook)

While the national July 1st Canada Day celebrations in Ottawa have been moved online, which is hardly the same. However many of the smaller far less known or less advertised events of all kinds have been cancelled like the local event in Port Dover, Ontario which will not take for the first time in the history of ‘Canada’. Port Dover, with a fishing boat sail past, calithumpian parade, soap box derby and so on, is the only community in Canada with an unbroken string of celebration since the first Dominion Day in 1867.

The cancellations began with ‘season’ start in March as COVID-19 began to spread, and  even though some provinces have now begun talking about easing some of heath restrictions, many events require long planning so cancellations have been announced even into September. such as the Gatineau (Quebec) hot air balloon festival in September 3-7. and the Armstrong B.C, Interior Provincial Exhibition starting September 2.  Along the way the popular Stan Rogers Folk Festival in Canso. Nova Scotia for is out as is Yukon’s Dawson City Music Fest, and the Maxville Ontario Highland Games, all hugely popular July events.

One in ten may shut down permanently

Most of these events have the sponsors and popularity to withstand the loss of this years event, but the fear is that many of the much more localized small town events, a Canadian tradition, may not be able to recover from the loss of momentum and even more so the loss of revenue this year. 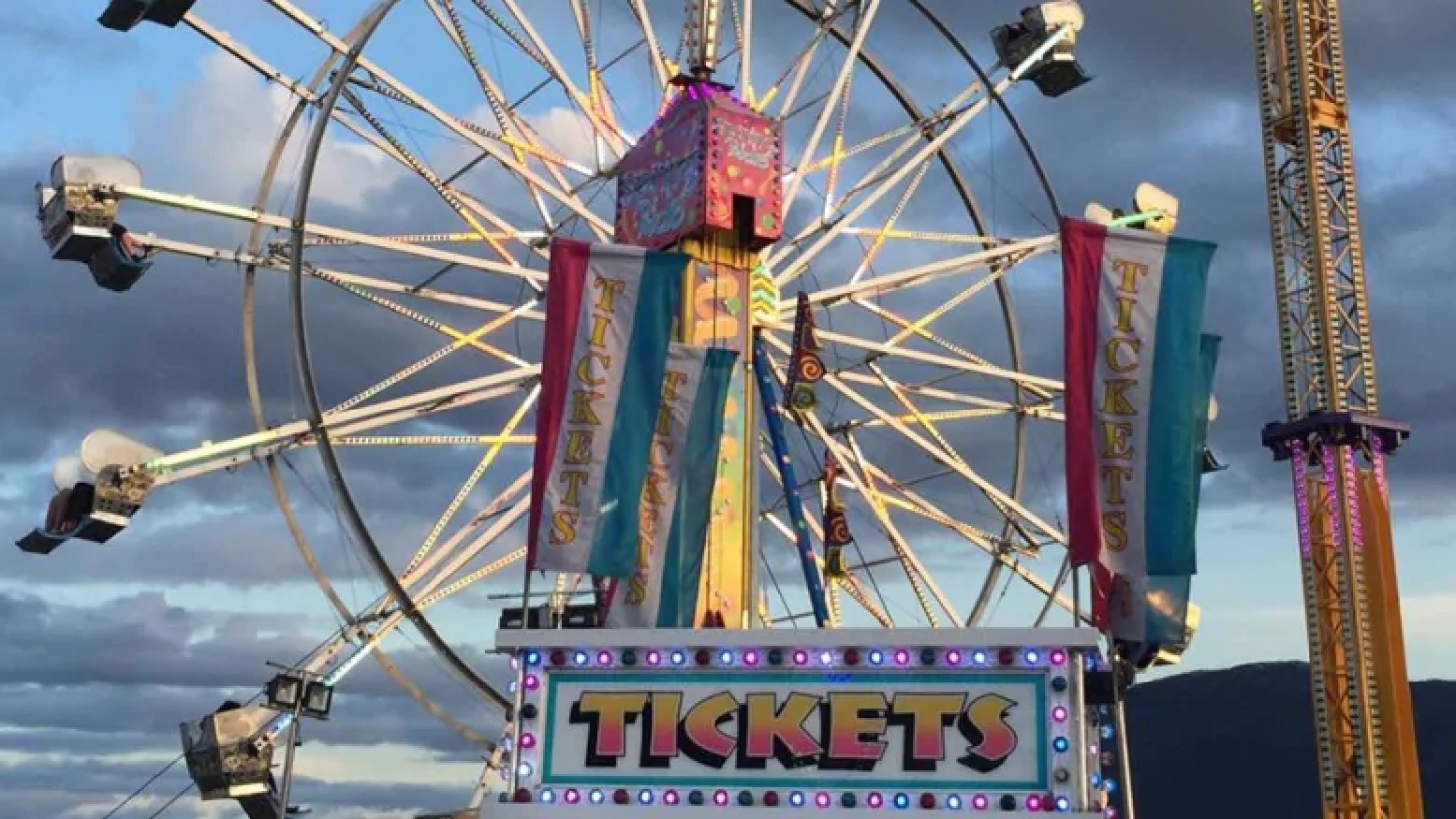 Travelling midways are a major attraction at many regional summer fairs. With cancellations due to the pandemic, many may not return, compromising the future of the events themselves (West Coast Amusements-Facebook)

Although a great many events are too small and local in nature to be ‘organised’, the Canadian Association of Fairs and Exhibitions represents some 700 of the larger events across Canada.

Their members represent about $1 billion in economic benefits to rural communities. On the CAFE website they note, “If these activities cannot run, it will mean that several of these century-old non-profit organizations that are already facing significant challenges, will be forced to close their doors. This will hurt rural economies, agricultural education and the ability to build public trust in agriculture. It will negatively impact civic engagement, community development and community engagement in Canada. It will also hurt hundreds of vendors, entertainers and related service providers.The harsh reality is the impact of COVID-19 puts the viability of these organizations at risk and therefore rural communities are at risk.”

CAFE also says many involved in these efforts do not qualify for any of the announced government bridging funds. They say that in Ontario alone ,one in ten of these long-standing traditional events may end this year and not return.

While that may be said, Canadian rural communities have faced difficult times before and are populated with determined people, so  even as large a setback as COVID-19, is also likely to be overcome.