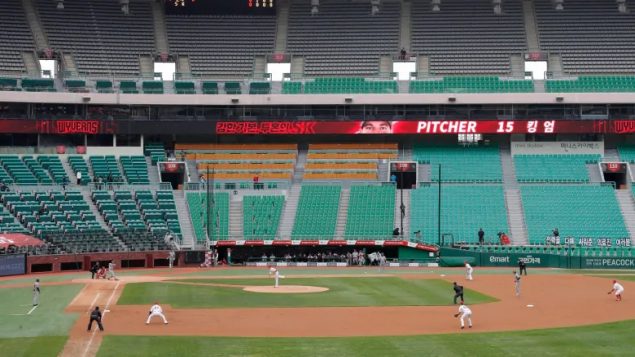 Stadium seats are empty as a part of precaution against the new coronavirus during a baseball game between Hanwha Eagles and SK Wyverns in Incheon, South Korea, this month. The German Bundesliga is considering restarting games also without fans, elsewhere leagues are discussing plans, but nothing definite so far. (The Associated Press)

Canadians, like many sports fans around the world, have been eager for professional leagues and games to resume.

Professional baseball has just begun in South Korea to empty stadiums with players and referees wearing masks and with other protective measures. Football (soccer) is expected to return as well this week again without fans cheering from the stands.

The German Bundesliga is also slated to resume this month, a first in Europe.

Here in Canada and the U.S.  nothing definite has been decided, but likely when games do return they too will be without fans in attendance.

A new survey says Canadian fans won’t be too upset by not watching live from the stands. 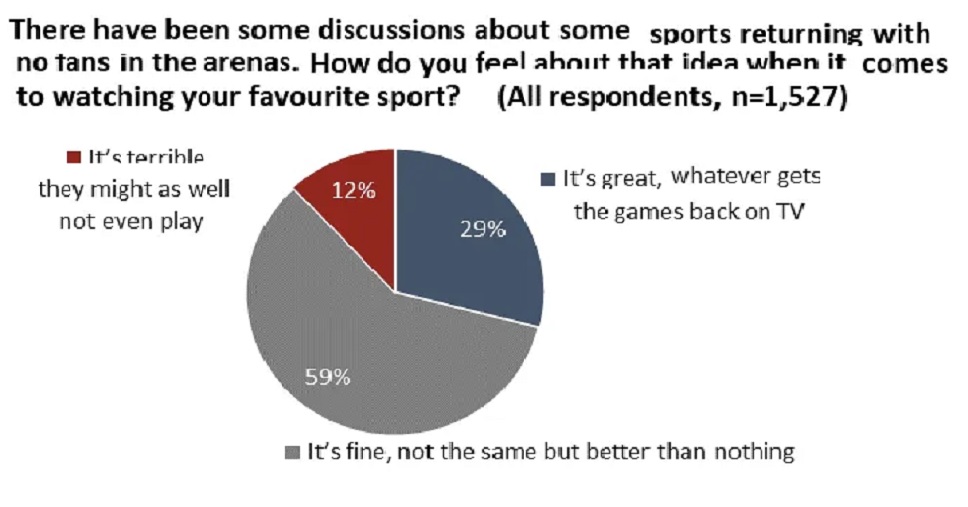 A third say resuming play even without fans in attendance will be great to see back on TV. Well over half say it’s better than nothing, but 12 per cent say that without the fans, the teams might as well not play.

Hockey is the sport that is missed the most, by 59 per cent of respondents, followed by baseball (31%), and basketball (28%). 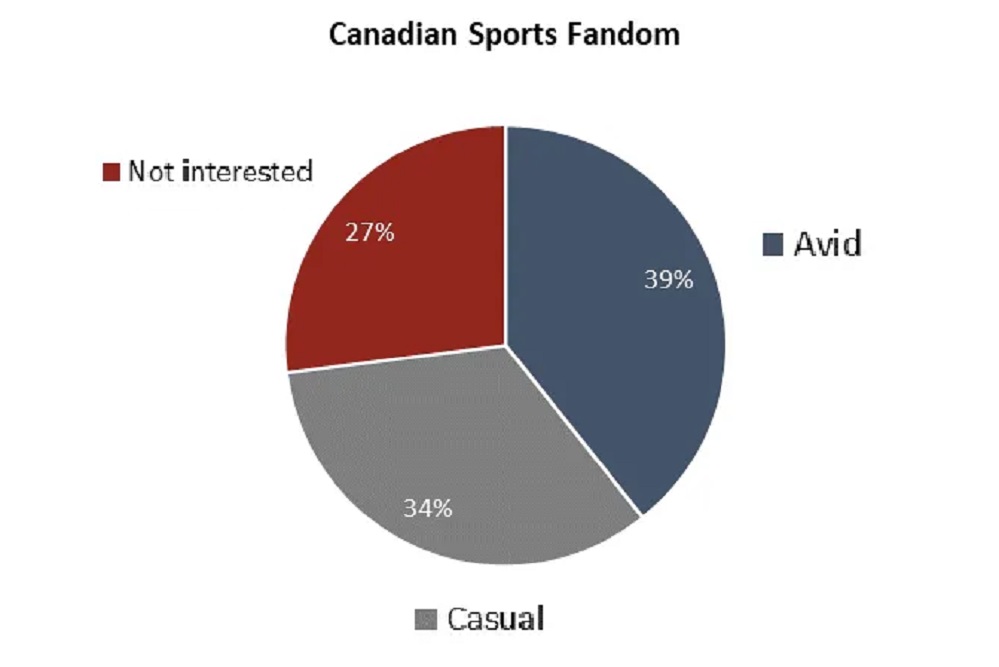 The Canadian Football League originally to start in June, may now start in July but even that is not certain and the league has requested $150 in federal aid in light of expected losses. If the CFL has to cancel the season, the biggest fan base is in the prairies where the loss would upset fans the most.

As to what degree of respondents indicated they are sports fans, two thirds said they are either avid or casual fans, while the remaining third said they were not interested.