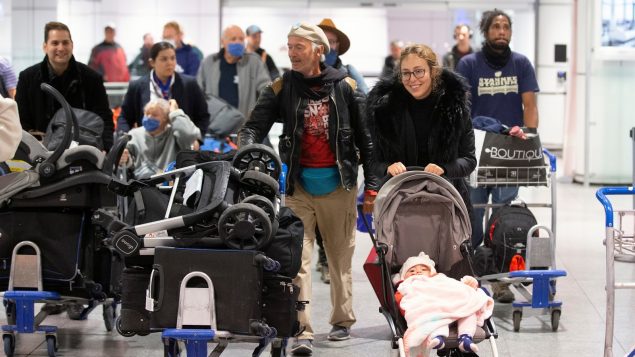 Canadians return from being stranded in Morocco due to flight restrictions imposed to help slow the spread of coronavirus of COVID-19 at Montreal-Trudeau International Airport in Montreal on March 23. (REUTERS/Christinne Muschi)

Canada turns to foreign carriers to get citizens home

Ottawa is turning to nearly a dozen foreign airlines to help get about 5,000 Canadians still stranded overseas back home.

Many are in secluded islands or on remote mountains in countries that are locked down because of the COVID-19 pandemic.

So far, Global Affairs has repatriated about 25,000 Canadians from 81 countries.

But logistics problems and government measures many foreign governments have taken to cope with the COVID-19 pandemic could mean some of the Canadians who remain overseas may not make it home — at least not for a while.

“These last folks are going to be tough,” says Liberal MP Rob Oliphant, the parliamentary secretary to the ministry of foreign affairs.

“Most of them are small numbers of people, often in isolated or remote places. Some of them will be left there,”  Oliphant told CBC New’s Ashley Burke in a story published this morning. 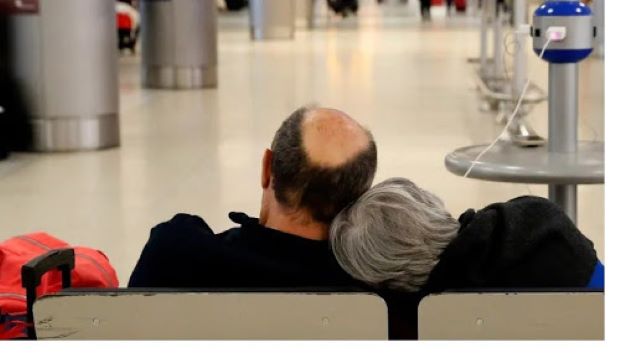 As Ottawa continues efforts to get them home, some 5,000 Canadians remain stranded overseas. (ASSOCIATED PRESS/Brynn Anderson)

Oliphant, who has described the repatriation process as the largest and most complex operation of its kind ever in Canada, tells Burke that Global Affairs has completely retooled operations as the process continues.

Nearly every available employee has become a full-time travel agent, he says. And staffers who used to write ministerial briefing notes are now booking hotels, buses and flights.

Canadian airlines–including Air Canada, Air Transat, WestJet and Sunwing–combined to transport about half of the 25,000 Canadians who have made it home.

Others, however are still in countries–the Philippines, India and some African nations, for example–where Canadian carriers are not allowed to fly because of government lockdowns of domestic air space–hence the need for foreign carriers.

“I’ve never seen anything like this before,” Oliphant told Burke.

“It’s actually an overwhelming diplomatic success. The international airlines have been incredible. We would have not been able to bring tens of thousands home without their help.”

Champagne delivered the warning on Twitter one day after Global Affairs Canada issued a similar statement advising overseas travellers to consider coming home earlier than planned amid escalating restrictions imposed due to the COVID-19 pandemic.

Global Affairs has been in high octane mode ever since.