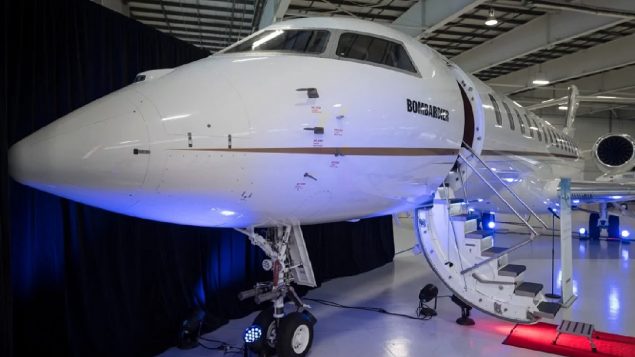 Bombardier is counting on its remaining business jet division but sales are down due to pandemic with a reported Q1 loss, and expected loss for Q2 (Tijana Martin- CP)

The once Canadian industrial multi-national giant Bombardier is in trouble again.

After over extending itself, the Canadian rail and aircraft maker, had do divest itself of almost all its holdings, designs, and divisions to help pay off crippling debt.

With the $8.2 billion sale of the rail division proceeding and expected to close next year, the sale of the remaining programme of its commercial aircraft segment, the regional jet CRJ programme will bring in about $550 million when finalized in June. The sale of its aerostructures segment will bring in another US$ 500 million when that is finalised in coming months.

As of March 31, Bombardier had long term debt of US $9.3 billion.  with the firm gambling its survival only on its luxury jet market.

That may have been a bad choice. With the arrival of the pandemic, all aircraft manufacturers and airlines have taken an enormous financial hit as sales of all aircraft took a sudden drop.

Newly appointed CEO Eric Martel said its executive jet sales are expected to drop by about 35 per cent this year.

The company said it had revenue increase of  five per cent or US$ 3.69 billion in the first quarter, but the Canadian Press reports the adjusted first quarter loss was $200 million.

Quoted in the Financial Post, Martel said “ “If business doesn’t pick up and we have a lot of finished planes, we might need some temporary support for those jets before clients can take delivery,”

The company also says second quarter revenue will like be down by about half compared to last year due to coronavirus and travel restrictions forcing an almost complete shut down of its operations.

The company had laid off over 12.000 workers  in March, about 70% of its workforce, but says some are now being slowly recalled.as the company benefits from the federal government’s COVID-19 related emergency wage subsidy.