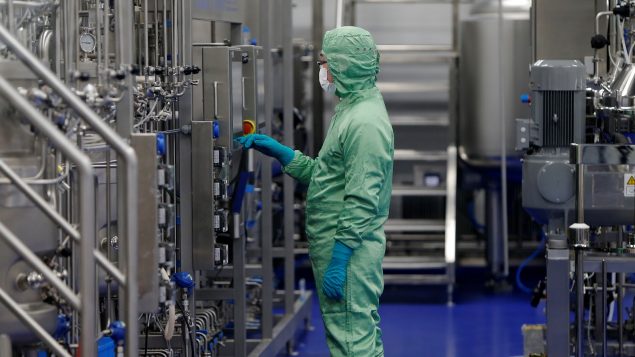 A technician works at a manufacturing facility of Chinese vaccine maker CanSino Biologics in Tianjin, China November 20, 2018. The company is teaming up with Canada's National Research Council to develop a COVID-19 vaccine. (REUTERS)

As governments and laboratories around the world race to develop a vaccine to defeat COVID-19, Canada’s publicly-funded National Research Council has announced it is teaming up with a Chinese company that appears to be very much in the race.

The vaccine, called Ad5-nCoV is being developed by the Beijing Institute of Biotechnology and CanSino Biologics, which are already conducting human clinical trials.

The NRC announced the collaboration in a press release on Tuesday.

The press release says the vaccine is the first to enter the second phase of human clinical trials after it presented no major safety issues. 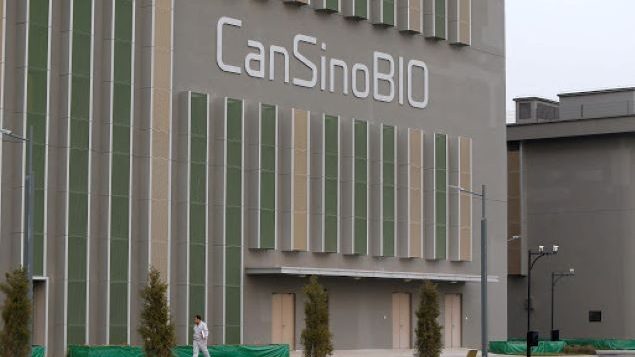 Chinese vaccine maker CanSino Biologics’ sign is pictured on its building in Tianjin, China, in 2018. The company is already conducting human clinical trials for its vaccine. (REUTERS)

“It is one of only a handful of vaccine candidates in the world against COVID-19 so far approved for initial safety testing in humans,” the press release says.

The NRC said it would increase production for the vaccine at a government facility in Montreal and that CanSino Biologics was preparing a clinical trial application for Health Canada.

“CanSino Biologics and the NRC are aiming to pave the way for future clinical trials in Canada, in collaboration with the Canadian Immunization Research Network at the Canadian Center for Vaccinology,” the release said. 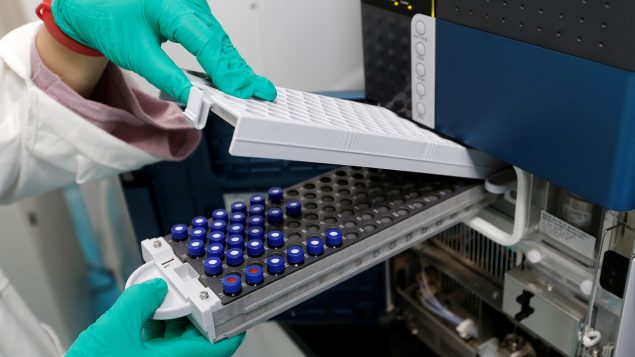 A researcher works at a lab of a Chinese vaccine maker CanSino Biologics in Tianjin, China, in 2018. (REUTERS)

Lakshmi Krishnan, director general of the NRC’s Human Health Therapeutics Research Centre, told the CBC’s Amina Zafar the trials in Canada will complement and expand on what’s been done in China.

If successful, Phase 2 trials could start in late 2020 or early 2021 at Canadian hospitals with a vaccine available for non-commercial use, especially produced on Canadian soil for front line workers and those at risk, Krishnan told Zafar.