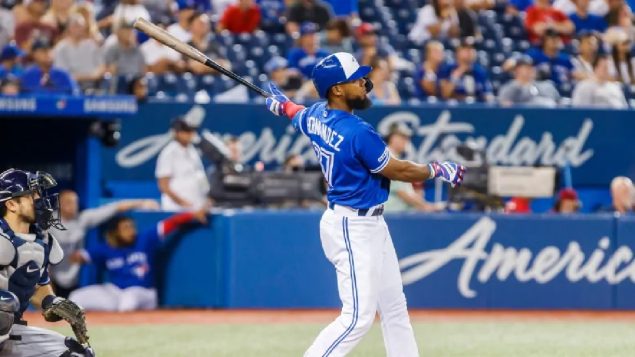 Teoscar Hernandez of the Toronto Blue Jays hits a walk off home run against the Tampa Bay Rays in the 12th inning during their MLB game at the Rogers Centre on July 27, 2019 in Toronto. Talks to resume major league baseball are advancing toward a July opening, but for Canadian fans, not only won't anyone be allowed in staciiums, but the Blue Jays won't be playing in Canada (Mark Blinch/Getty Images)

While some professional sports leagues have re-started under very specific conditions, not the least of which is having no fans in stadiums, major league baseball in N. America is planning its return, possibly in July. For diehard Canadian fans though, they’ll be no games in Canada.

Pro sport has already begun in south Asia where Taiwan professional baseball and football (soccer) teams began play in April. South Korea’s pro baseball began last week along with K-league football, all with no fans in the stands

In Europe, Germany’s Bundesliga football is set to restart this weekend, although with a rocky start as two players on the Dynamo Dresden team tested positive and that whole team is now in quarantine for two weeks.  England’s Premier League is currently in talks with teams about a beginning of practice sessions perhaps next week for a June 1 restart. 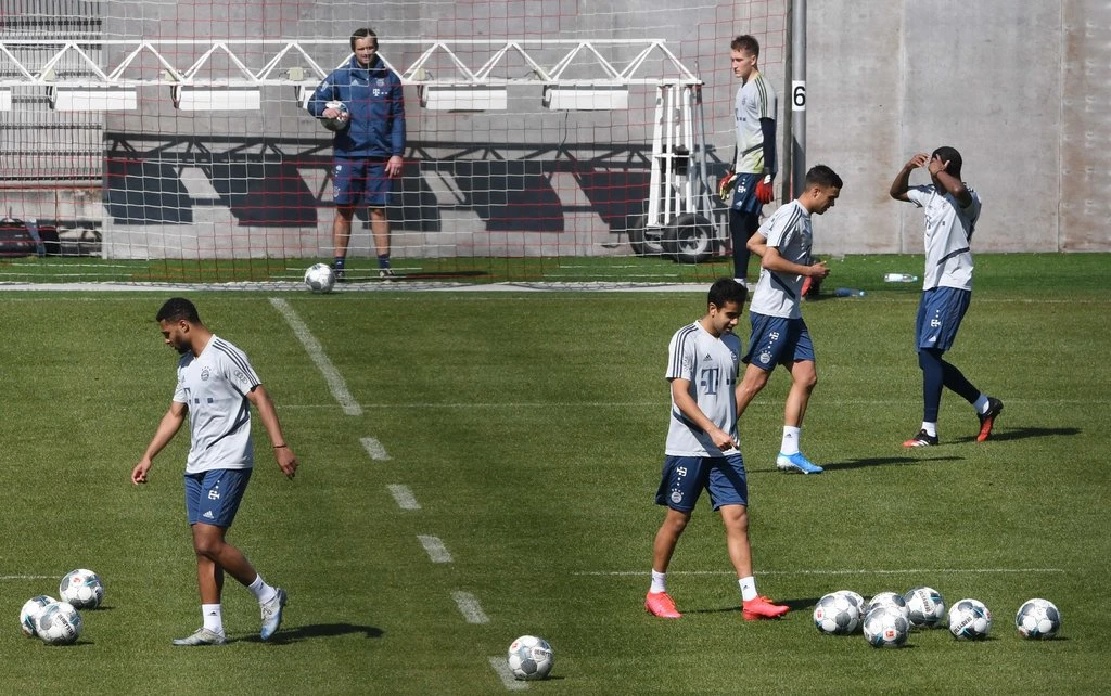 Bayern-Munich players at a practice in April. The league plans a restart this weekend, but some players and fans are expressing concern. Fans will not be allowed in stadiums (Getty Images)

In N.America, major league owners and players met yesterday to talk about restarting the season. A major issue would be salaries, as half the season would be lost, players would lose about half their salaries (82 of 162 games), but owners want to talk about a 50 per cent cut of certain league revenues, and with no fans likely to be allowed in stadiums, and merchandise and concession revenues virtually nil, that could be substantial. About 40 per cent of revenue comes from gate sales. Part of the plan hinges on the hope that fans might be allowed back into stands at some point later in the season.

The hope is that MLB could start around July 4, but for Canadians, their team, the Toronto Blue Jays, would play only in the U.S. and interleague play would be limited to American and National leagues only in their respective geographical divisions, ie AL east vs NL east, AL vs NL central, and AL vs NL west.

As for playing before empty stands, perhaps a strange but interesting step is being carried out by Germany’s Borussia Monchengladbach team. For about $20 fans can upload a photo of themselves and it will be put on a carboard likeness in the stands. The money raised will go to local charitiies 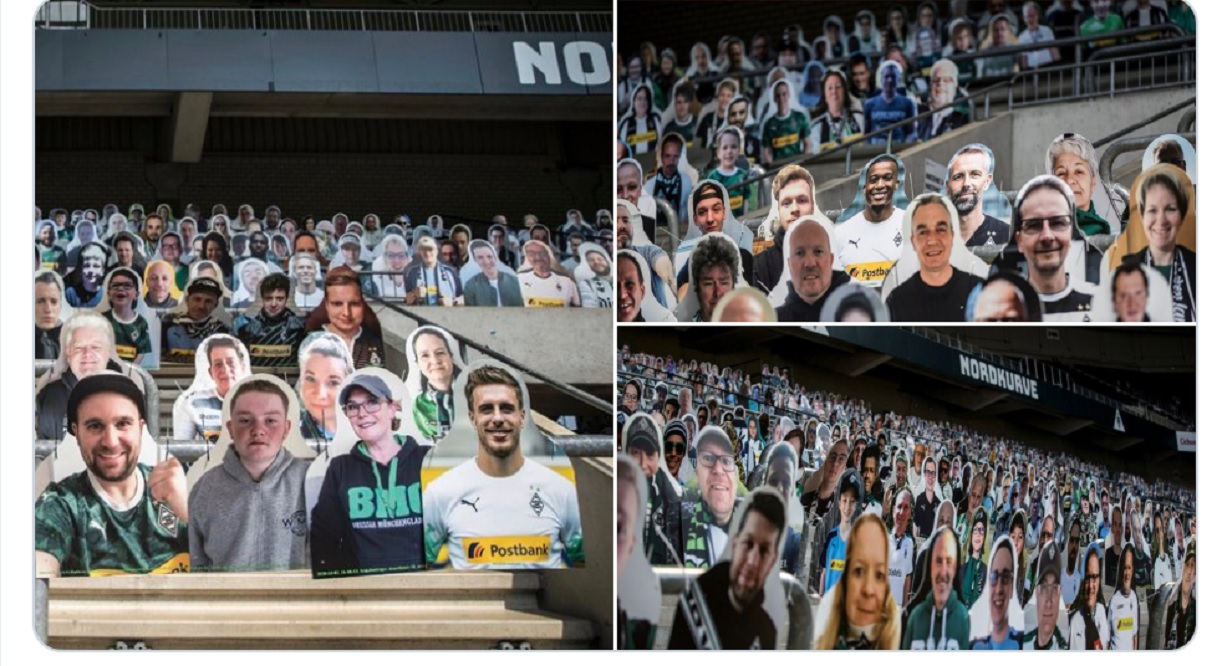 German fans of Borussia Monchengladbach can have their likeness attend home games during COVID-19. (Darren Rovell and several twitter posts)