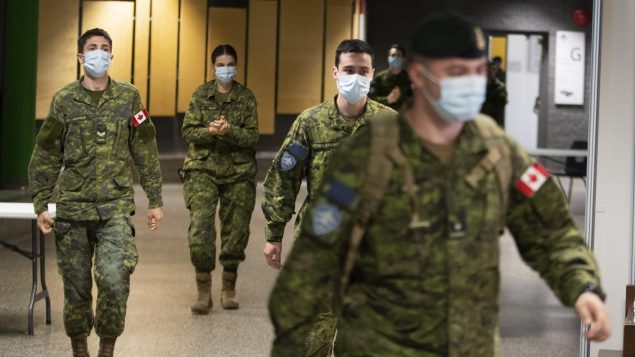 Twenty-eight Canadian soldiers deployed to long-term homes in Ontario and Quebec have tested positive for the novel coronavirus, the Department of National Defence announced Wednesday.

Twelve of the cases were reported in Ontario and 16 in Quebec, according to the DND.

This presents a dramatic increase in the number of infections. Just last week the military reported only five cases of the coronavirus – four in Quebec and one in Ontario.

Quebec, which accounts for more than half of Canada’s infections, has seen severe COVID-19 outbreaks in long-term care facilities, including one in the Montreal area where residents in a private nursing home had been nearly abandoned by the staff.

It’s unclear what is driving the sudden surge in cases.

Soldiers also receive mental health and resilience training to prepare them for the current reality in the nursing homes that have been the epicentre of Canada’s deadly COVID-19 pandemic.