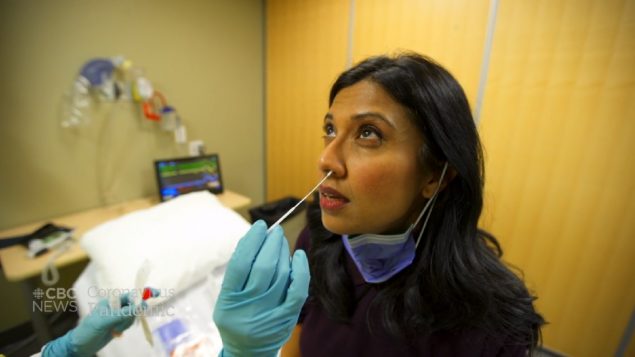 A new study for S Korea shows patients who have recovered from COVID-19 but test positive later are not infectious, and cannot infect others. (CBC Toronto)

COVID-19: After recovery a positive test may not mean one is still infectious

People who have recovered from the SARS-CoV2 virus but who test positive weeks later are not infectious according to a study from S. Korea.

The information comes from the Korean Centers for Disease Control and Prevention which studied 285 Covid-19 survivors. After testing negative post-recovery, they tested positive weeks later. Tests of  virus samples collected from them could not be grown in the lab meaning the virus was non-viable and the patients could not spread the disease.

The KCDC study last week seems to indicate the patients were shedding  non-infectious or dead virus particles.  The so-called  RT-PCR tests ((reverse transcription polymerase chain reaction). can’t distinguish between live and dead virus nucleaic particles thus a subsequent positive result may give the false impression they could still infect others.

The Korean institution tested over 700 people who had been in contact with the recovered patients and none had contracted the virus.

The study also found that subsequent blood tests on two dozen of the former patients found that almost all of them had antibodies against the virus, indicating potential degree of immunity.

These findings seem to have support in information on the Alberta Health Services website which states, “ specifically there have been no reports of culture based documentation of a new infection after clearance of the preceding infection, or evidence of reinfection with a molecularly distinct form of the virus. Currently, it is felt that reports of reinfection after confirmed COVID-19 may relate to prolonged shedding of likely nonviable viral RNA after active infection, which may last for 28 days or longer by some reports”

This information could have important repercussions in relaxing the requirement for further isolation of people who re-test positive.