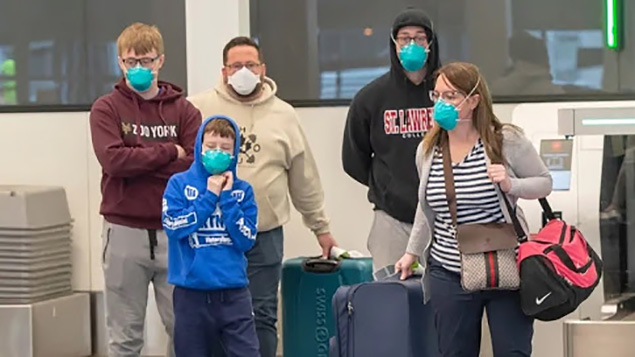 Travellers wear masks as they walk through Montreal's Trudeau Airport in March, when the efforts to repatriate Canadians trapped overseas because of COVID-19 began. (THE CANADIAN PRESS/Ryan Remiorz)

Nearly 40,000 Canadians stranded overseas because of the COVID-19 pandemic are expected to be safely home by this weekend, following a long-running and massive government operation that began in March.

They will have been repatriated from 100 countries around the world on 356 flights.

Rob Oliphant, the parliamentary secretary for foreign affairs, who coordinated much of the operation for Foreign Affairs Minister François-Philippe Champagne, says that‘s 90 per cent of those who asked for government help. 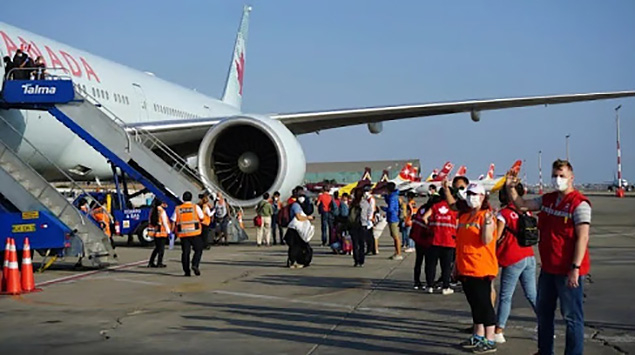 This Air Canada plane picked up 400 Canadians in Lima, Peru, on Saturday April 4 for a flight back to Toronto’s Pearson International Airport. (Supplied Michael Melymick )

Earlier this month, Ottawa enlisted the help of a dozen foreign airlines to help with final phase of the operation, complicated by countries enforcing lockdowns of domestic air space and the fact that many of the Canadians were on secluded islands or in remote mountains.

As well, Canadians who showed symptoms of COVID-19 were not permitted to board any government-facilitated flight to Canada, adding to the challenge. 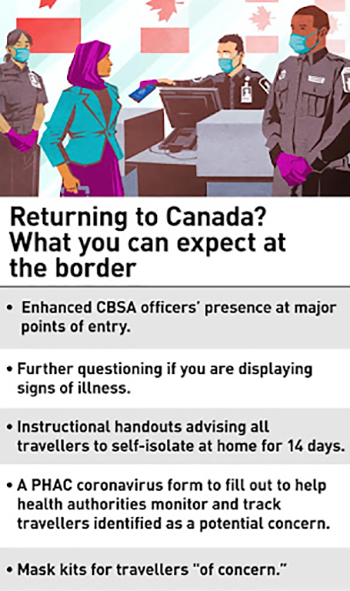 Oliphant says at the peak of the repatriation operation, he was getting up to 1,800 emails a day about stranded travellers.

He says that has now dropped to about 200 a day.

But, he says, some Canadians remain trapped in remote, isolated locations.

Others are stuck in places where there are safety and security issues, or in countries with which Canada has no diplomatic relations.

Moreover, dozens of Canadian crew members who were working aboard cruise ships have yet to make it home, 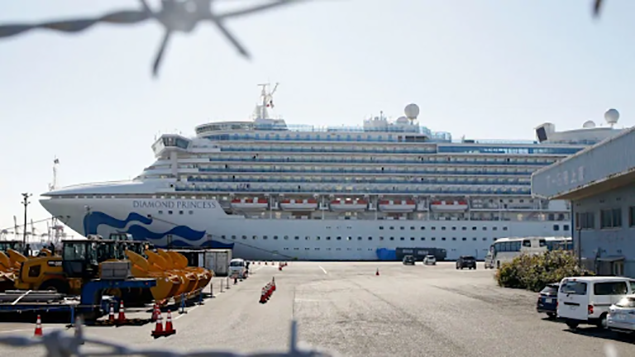 The quarantined Diamond Princess cruise ship is seen through barbed wire at Yokohama port in Yokohama, near Tokyo, in February. Some 5,000 Canadians who were on 130 cruise ships, are now safely home. However, dozens of Canadian crew members are not. (THE ASSOCIATED PRESS/Mayuko Isobe/Kyodo News)

“The last part of the marathon is always the toughest,” Oliphant told the CBC’s Kathleen Harris in a story published today. 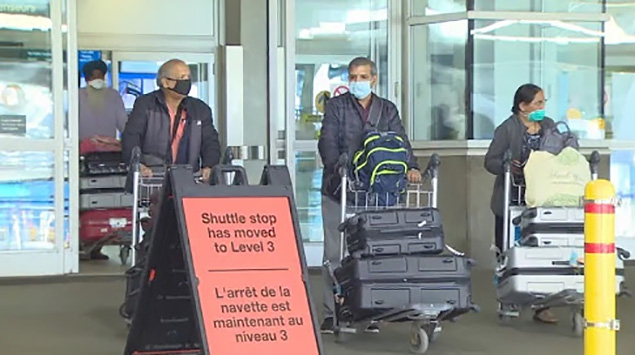 Travellers arrive at Vancouver International Airport on April 6 after taking a repatriation flight from India. The federal government has helped more than 12,000 Canadians and permanent residents get home from India. (Enzo Zannata/CBC News)

“Essentially, we say you’re going to be here for a while, let’s help you shelter in place until commercial options come back, until lockdowns get lifted, until transit is easier,” Oliphant told Harris.

Harris writes that Oliphant credits Global Affairs Canada’s diplomatic, research and policy staffers, who he says have worked around the clock, for the successful repatriation efforts.

Canadians returning home from abroad are required to self-isolate for 14 days.

But earlier this week, the CBC’s Catharine Tunney reported that police officers have made nearly 2,200 home visits to make sure Canadians are complying with the self-isolation rule when they cross back into the country.

That prompted Prime Minister Justin Trudeau to hint that Canada could bring in tougher measures to slow the spread of COVID-19, once the border reopens to non-essential travel.

Canada and the U.S. reached an agreement in March to temporarily close the border to non-essential travel — meaning no recreational visits — while keeping it open to commercial traffic and essential workers who cross for work.

The agreement was extended for another month this week.