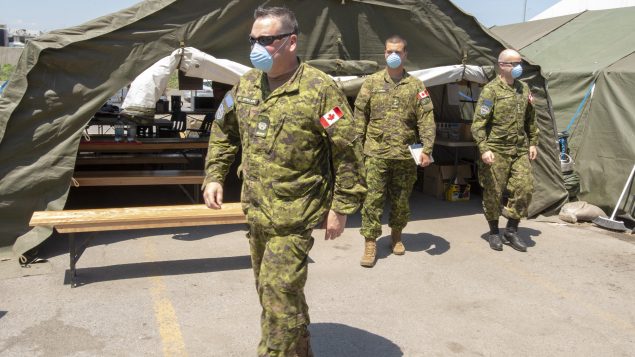 A report prepared by the Canadian military about Quebec’s long-term care homes details several shortcomings in the delivery of care and public health measures that have contributed to the carnage brought about by the pandemic.

Out of 4,228 deaths caused by COVID-19 in Quebec as of May 26, 2,554 deaths were registered in government-funded long-term residences and 550 deaths in private nursing homes, together accounting for more than 73 per cent of deaths caused by the pandemic in the province, according to government statistics.

The 60-page report details the observations made by the Canadian Armed Forces (CAF) personnel that worked at 25 of the residences in the Montreal area since April 20.

The report was shared with the Quebec government Tuesday night and made public Wednesday morning. It comes on the heels of an “extremely troubling” report into the situation in Ontario long-term care facilities.

The Canadian military has deployed more than 1,050 soldiers to Quebec long-term care facilities, known under the French acronym CHSLD, to reinforce regular staff overwhelmed by deadly COVID-19 outbreaks in dozens of facilities. Hundreds of additional soldiers helped with logistics and other issues. 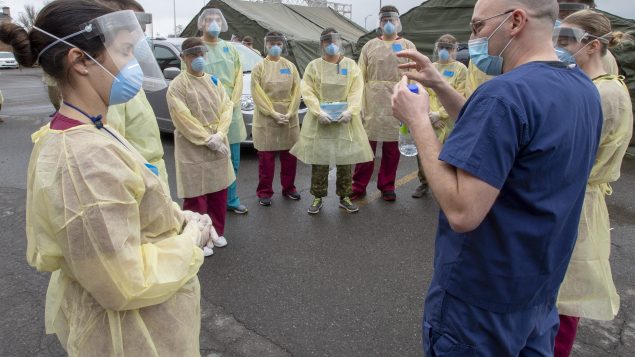 Canadian Forces personnel from Valcartier get instructions before entering the Vigi Mount Royal seniors residence to help staff with the COVID-19 pandemic Friday May 1, 2020 in Montreal. (Ryan Remiorz/THE CANADIAN PRESS)

The report says that the military personnel observed chronic staff shortages, lack of proper personal protective equipment (PPE) and widespread failure to organize infection control and containment measures at many of the nursing homes.

At the Centre d’hébergement Saint-Laurent in Montreal, for example, the report notes some staff weren’t properly using protective equipment and were moving between “hot” zones, for those who have tested positive for the coronavirus, and “cold” zones, which are supposed to be COVID-free.

“According to our observations, the critical need for CHSLDs is an improved level of staff with medical training,” writes Col. T.M. Arsenault, the author of the report.

“Several of the report’s findings, such as the under-staffing, are among the reasons why Premier Legault asked for help from the Armed Forces a month and a half ago,” Trudeau said. “These are serious issues that deserved to be brought to the attention of Quebec and we sent them the report last night.”

Trudeau said the report “highlights a number of preoccupying issues,” adding that he plans to further address the situation in Canada’s seniors residences and long-term care facilities during his weekly call tomorrow evening with provincial and territorial premiers.

“I will once again offer our government’s support as they try to get the situation under control,” Trudeau said in his prepared remarks.

“As I’ve said many times, we need to do a better job of caring for seniors. They raised us, they built this country. They deserve better.”