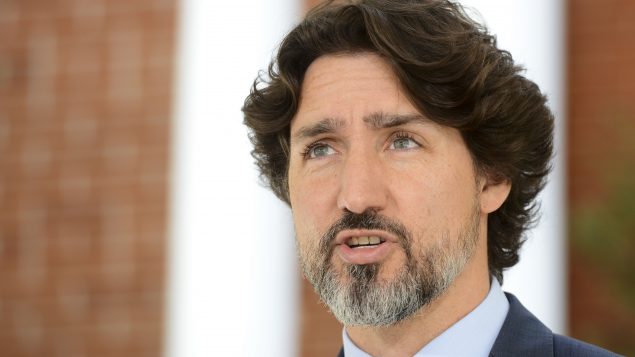 The international community must work together to enable an inclusive and sustainable post-pandemic economic recovery, Prime Minister Justin Trudeau told a virtual United Nations meeting on Thursday as Canada ramps up efforts to secure a seat on the UN Security Council.

More than 50 world leaders participated in the online event co-hosted by Trudeau along with his Jamaican counterpart Andrew Holness and UN Secretary General António Guterres.

But the leaders of the world’s two largest economies, U.S. President Donald Trump and Chinese President Xi Jinping, skipped the meeting conceived to come up with strategies for expanding global liquidity, stemming illicit financial flows and addressing debt for developing and middle-income countries hit hard by the economic fallout of the pandemic.

Trudeau said that “all countries are being tested by the COVID-19 pandemic, and it threatens to undermine our hard-won development gains.”

“This pandemic is a stark reminder of just how interconnected our world has become,” Trudeau said.

“To keep our citizens safe and healthy, we must defeat COVID-19 wherever it is found.”

For the global economy to recover, and for domestic economies to bounce back, the international community needs a global, coordinated plan, Trudeau added.

“It matters to all of us how the global economy weathers this storm,” Trudeau said. “Our success – both at home and together as an international community – hinges on it.”

Guterres warned that unless the international community acts resolutely and quickly, the COVID-19 pandemic will cause “unimaginable devastation and suffering around the world.”

UN projections indicate that the pandemic could slash more than $11 trillion ($8.5 trillion US) from the global economy over the next two years, forcing 34.3 million people into extreme poverty this year, and potentially, an additional 130 million people during this decade, Guterres said.

“The pandemic has demonstrated our fragility,” the UN chief said. “Despite all the technological and scientific advances of recent decades, we are in an unprecedented human crisis because of a microscopic virus. We need to respond with unity and solidarity.”

Speaking at a virtual press conference following the high-level meeting, Trudeau said it was in Canada’s interest to help other countries despite running record-high deficits due to the pandemic.

“No matter what we do in our own country to control the spread of COVID-19 and get our economy going, Canada is a trading nation,” Trudeau said.

“We are deeply dependent on how economies around the world are doing as well, we are more interconnected as a world than we’ve ever been and we cannot just simply look to ourselves and hope everyone does better on their own.”

A champion of multilateralism 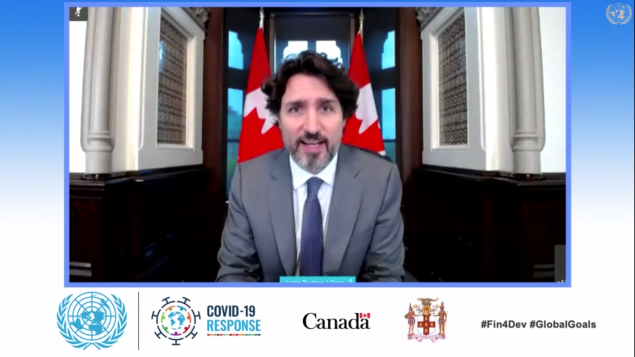 Trudeau also took the opportunity to promote Canada’s candidacy for one of the 10 elected Security Council seats as a champion of multilateralism.

“Canada has a long tradition of convening, gathering people together to deal with larger issues and that is certainly a role we hope to play on the UN Security Council,” Trudeau said. “Canada is large enough to be able to work to pull people together but small enough to know that we can never do things on our own.”

Canada’s desire to become one of the non-permanent members of the Security Council is not a goal in itself, but a means towards an “important dialogue in support of multilateralism,” Trudeau said.