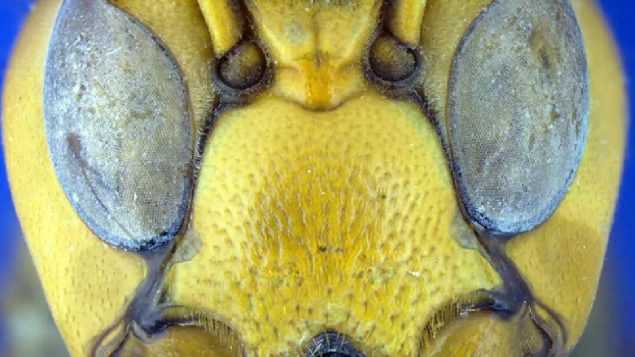 Though the name might be a slight exaggeration, they’re still quite scary.

Several times the size of a typical North American hornet or wasp, the Asian variety has a sting equal to its five centimetre size (almost 2 inches).

It gets its name from the habit of attacking honey bee hives and using its giant mandibles and literally chop the heads off the bees in the entire colony then carry the remaining carcasses and larvae back to their underground nests to feed their young. 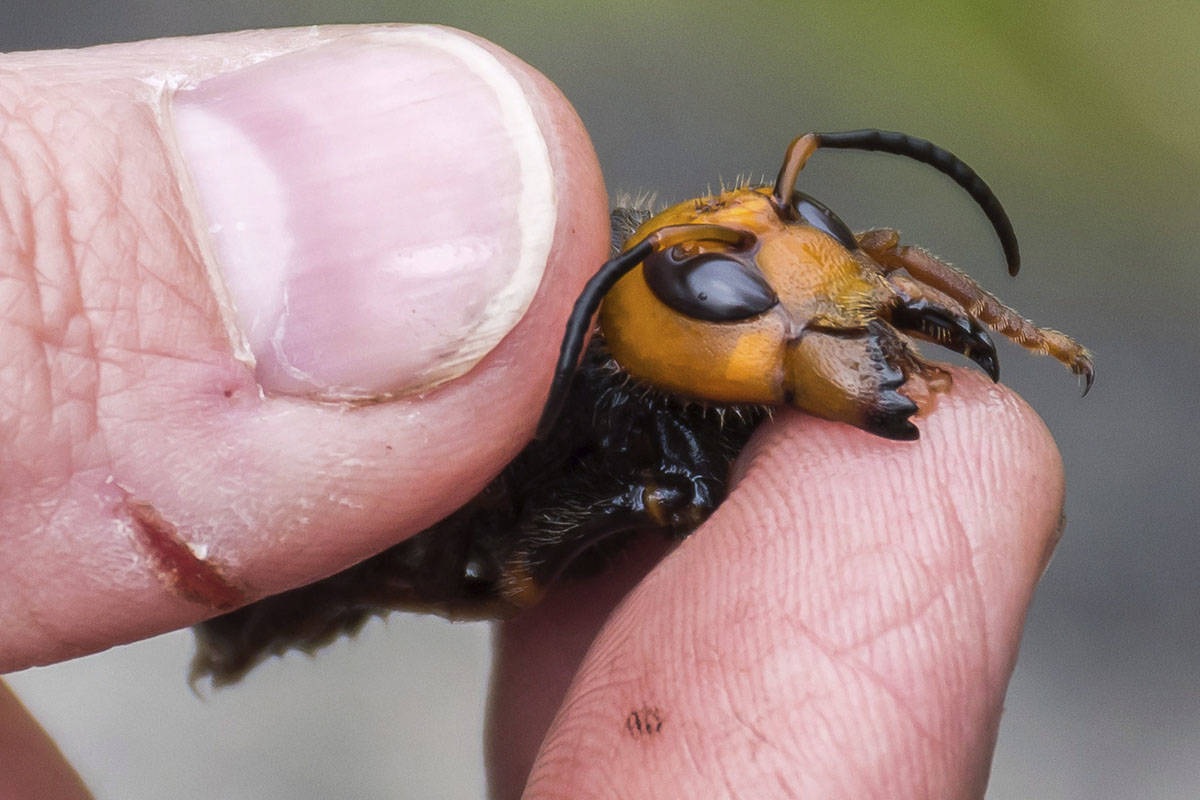 The stinger is about 6mm long (1/4in) and can sting multiple times with a toxic venom that actually damages tissue. Multiple stings from the hornets can result in the venom getting into the bloodstream and attacking organs.

While experts say they pose little threat to humans, there are reportedly several dozen deaths annually in Asia from the hornets.

Originally reported on Vancouver Island last year, an immediate effort was made to track them down and eradicate the nest. However, the creatures seem to have already spread to the mainland with confirmed sightings in Blaine, Washington where the first indication was when a beekeeper found bees in his hive all chopped up on the ground. Later a dead specimen was found and confirmed about 3 kilometres to the north on another property. 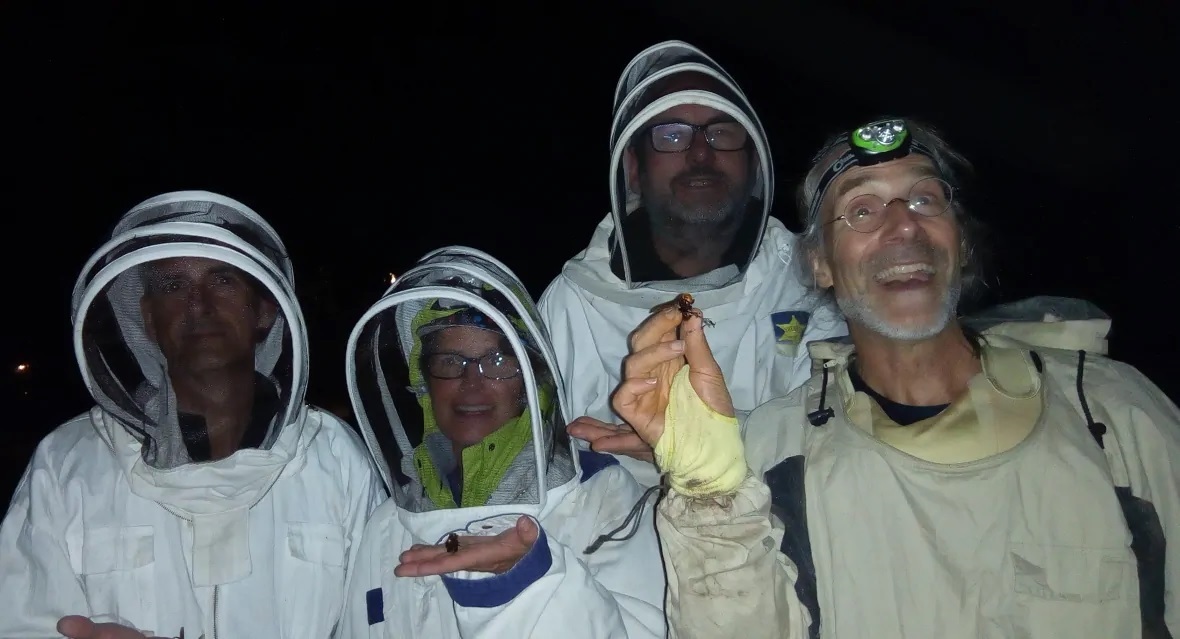 Entomologist Conrad Berube, far right, is pictured on Sept. 18, 2019, with an Asian giant hornet. He was sent in to destroy a nest of the so-called ‘murder hornets’ discovered in Nanaimo, B.C. DNA tests on the Washington giant hornets shows they were a separate infestation, creating greater concern (Submitted by Conrad Berube via CBC)

Other sighting have since occurred in White Rock B.C, in the greater Vancouver area, and another in Langley about an hour east of Vancouver and about 20 kilometres  north east of White Rock.

The woman who spotted the hornet crushed it with her foot. Apparently even that’s a bit risky as the insect when threatened ( or presumably crushed) will release pheromones attracting the rest to come to its aid.

A science specialist, Dan Riskin, told CTV news that sometimes things look scary that aren’t, while sometimes things that look harmless are quite scary, but that in this case it looks scary and really is scary.

How they got here, is so far merely speculative.  As they winter underground, it is possible they may have entered in potted plant soil, or, as it is an Asian delicacy, may have been imported illegally. Perhaps they hitchhiked on a freighter, but however they arrived it is clear that they are here.

Although they are aggressive, the real concern is not the fear of attacking humans, unlikely unless you disturb them, but rather the extreme damage they could do to bee colonies, and subsequently the damage that could cause for crop pollination.

B.C.’s provincial apiarist Paul van Westendorp told CBC that a few dozen of the giants can destroy 20,000 bees and more within mere hours. Officials in both British Columbia and the U.S northeast are working hard to locate any nests. The fear is if they are not eliminated quickly and completely, the species could establish itself, spread and then be impossible to eradicate.

One natural advantage Canada may have, is a cold winter. These are creatures used to a warm climate, and freezing winters may be able to prevent their spread.