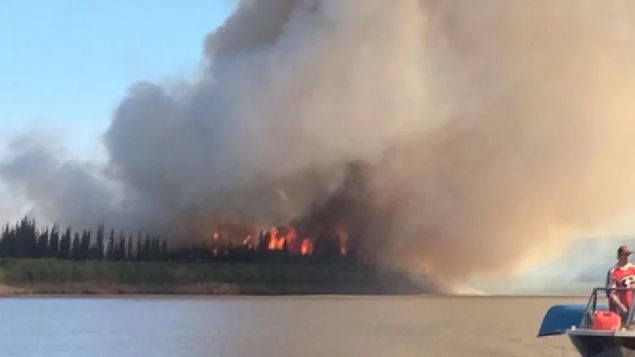 Flames and smoke rise from a wildfire burning near Tsiigehtchic, N.W.T., in 2017. Recent satellite data shows zombie fires may have spring up in other areas of the Arctic (Submitted by Melanie Blake)

‘Zombie fires’ threaten an early fire season across the Arctic

Known by wildfire services as ‘holdover’ fires, they’re also called zombie fires because they won’t die or perhaps also somewhat like hibernating creatures in that when wildfires that burn out on the surface the embers can slowly smoulder underground all winter, to re-emerge as the snow disappears and the land dries out. This seems to be particularly evident in the peat rich areas of the boreal forest.

Last summer’s hot dry weather sparked record blazes across the Arctic in Russia, Europe, Alaska and Canada. This year the spring has also been dry and warm with a record heat wave last month.

Last week the European Union’s Copernicus Atmospheric Monitoring Service (CAMS) satellite coverage detected several hotspot anomalies in areas of last summer’s major fires.  The anomalies this year have not yet been confirmed by ground observation as having erupted at the edges or . although data indicates that the conditions were ideal last year for the fires to burn and persist, aided now by this spring’s Arctic heat.

Mark Parrington, CAMS senior scientist said,”The anomalies are quite widespread in areas that were burning last summer. If this is the case, then under certain environmental conditions, we may see a cumulative effect of last year’s fire season in the Arctic which will feed into the upcoming season and could lead to large-scale and long-term fires across the same region once again.”

In their spring 2020 newsletter, the Alaska Fire Science Consortium indicated that, “Over the last two decades fire managers noted increasing occurrences where fires survive the cold and wet boreal winter months by smoldering, and re-emerged in the subsequent spring.

Jessica McCarty, an Arctic fire researcher and assistant professor in the Department of Geography at Miami University noted that Arctic fires are hard to put out because they are so remote. The fires also can melt more permafrost which releases even more methane and carbon into the atmosphere adding to warming which it turn creates better conditions for fires in a feedback effect. Quoted in EcoWatch  McCarty said,  “Not stopping these zombie fires means further degrading these Arctic ecosystems, Further warming leads to more zombie fires. It’s not great.” 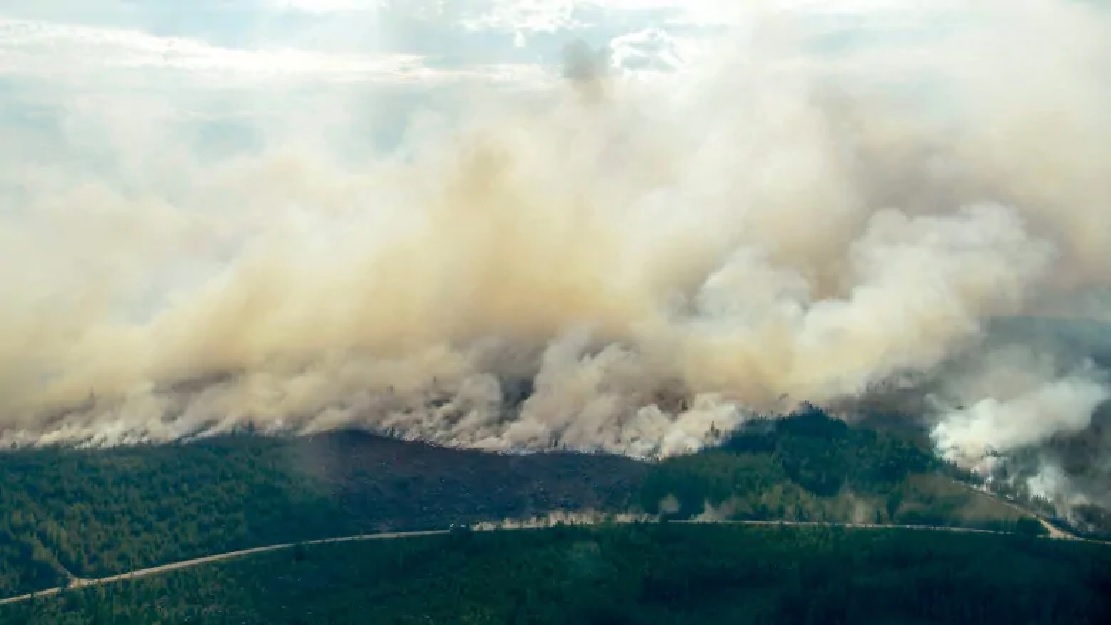 This aerial photo shows the advancing fire around Ljusdal, Sweden, as a wildfire sweeps through the large forest area on July 18,2019. A spring of record heat around the Arctic could lead to a major fire season (Maja Suslin/Lehtikuva via AP)

In April a zombie fire was detected near Willow Alaska by technicians on snowmobiles, while weather stations in Siberia well above the Arctic Circle experienced record heat over 25 Celsius when the normal temperatures for this time would be around 0C.

In June alone last year, Arctic fires were estimated to have released 50 million tonnes  of C02 into the atmosphere roughly the equivalent of either Sweden or Norway’s annual emissions.