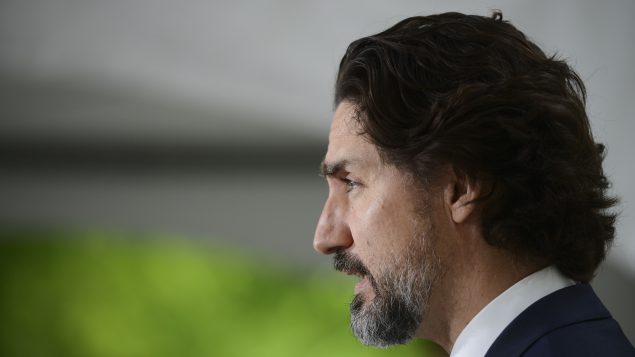 Ottawa to fast-track $2.2B to help municipalities hit hard by pandemic

Prime Minister Justin Trudeau vowed Monday to accelerate the delivery of $2.2 billion in federal cash transfers to municipalities through the federal Gas Tax Fund to help cash-strapped communities deal with the economic fallout of the COVID-19 pandemic.

Speaking to reporters in Ottawa, Trudeau said the money will be delivered in one payment in June, giving the municipalities earlier access to previously allotted money.

The goal is to quickly inject money for infrastructure projects – including access to high-speed broadband, improvements to water and road systems, and the building of cycling and walking paths – to help restart local economies, Trudeau said.

“This is a start. We know there’s more to be done to support municipalities, and to support the entire reopening process,” Trudeau told reporters.

The Federation of Canadian Municipalities (FCM) has said local governments are facing a short-term financial gap of $10-15 billion because of a sharp decline in transit fares and user fees as well as deferred property taxes.

The FCM has pressed the government for $10 billion in emergency operating funding, with allocations based on population and transit ridership.

Municipalities have warned that they may have to cut services and raise taxes to deal with the revenue shortfall.

Trudeau said he is “very concerned” about funding levels for municipalities.

“There is a range of services offered by cities that are at danger of disappearing,” Trudeau said. “That’s why we are doing what we can unilaterally in advancing the money forward but we need to work with the provinces on this.

“Cities are the responsibilities of the provinces, the federal government will be there with the provinces to support, to help flow money, but the provinces need to step up as well and that’s what we’re discussing right now.”