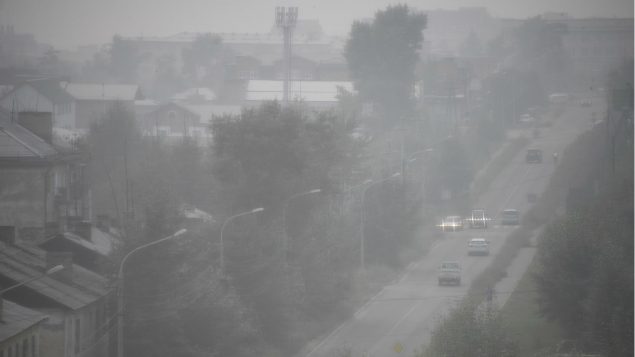 Heavy smoke over the eastern Siberian city of Chita, Russia on Aug. 1, 2019. Hundreds of Russian towns and cities were shrouded in heavy smoke from wildfires in Siberia and the Far East in 2019. There are questions about how this year's above average temperatures will affect wildfire season in the North. (Yevgeny Yepachintsev/The Associated Press/The Canadian Press)

Hottest May on record with Russian Arctic hardest hit

May 2020 was the hottest May on record, reported the Copernicus Climate Change Service on June 5.

Even in Europe, where May 2020 was generally colder than average, temperatures were still posted as high as 0.7 C above average for spring.

The month’s extreme temperatures were hardest felt in northern Russia.

Siberia, a region that spans eastern and central parts of the country, posted temperatures of 10 degrees above average, said a news release from the World Meteorological Organization (WMO) on Friday.

“Boreal spring was marked by highly anomalous temperatures over Siberia, which reached close to 10°C above the 1981-2010 average over the lower reaches of the Ob and Yenisei rivers in the north-west of the region,” the WMO said in a news release. “Here record-early break-up of river ice has been reported.”

Regions of Canada below average

The data showed some parts of Canada strayed from the trend, with central and eastern Canada showing below-average temperatures. 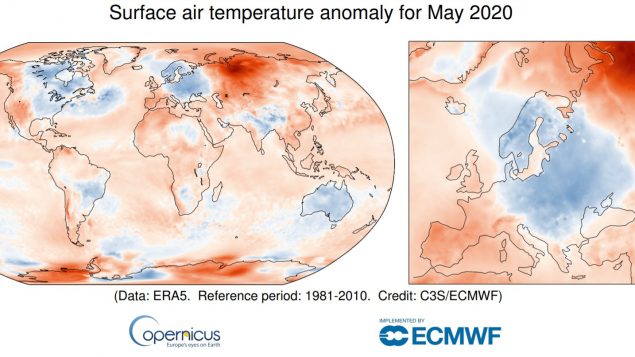 Some areas of Canada bucked the trend this May and were actually cooler than usual in the centre and East of the country. (Copernicus Climate Change Service)

“Relatively warm but less exceptional conditions extended around much of the Arctic, though the season was colder than average over northern Canada and around Svalbard,” Friday’s Copernicus Climate Change Service report said.

The sea ice extent in the Arctic this May was also below average, at 8 per cent less than the May 1981-2010 average. That figure is the fifth lowest on record.

Again, the report said the data was the most dramatic in Russia, especially around the island of Novaya Zemlya sandwiched between the Barents and Kara Seas. 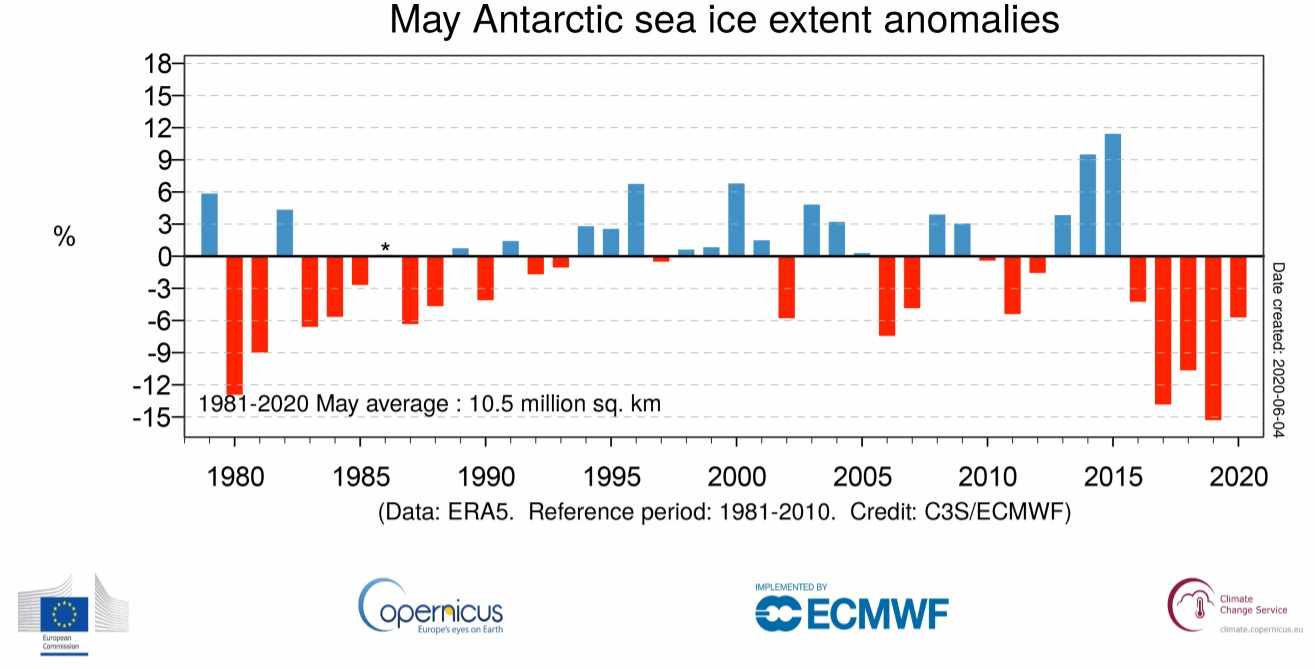 Like the Arctic, the Antarctic also experienced record highs in May. (Copernicus Climate Change Service)

In Antarctica, sea ice extent was six per cent below average.