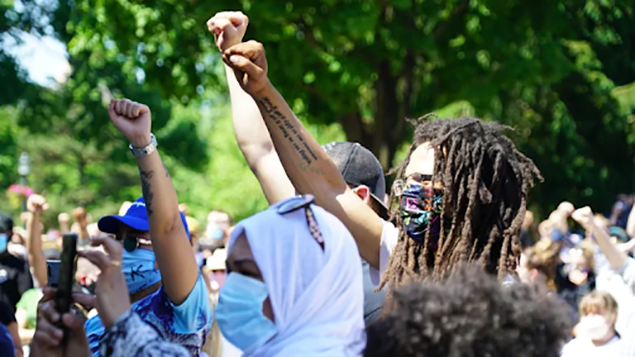 Before marching down city streets on Saturday, residents of London, Ontario raised their fists as people shared their experiences of being black in the city. (Sofia Rodriguez/CBC)

Demonstrators take to Canada’s streets for the second weekend running

For the second week in a row, demonstrators gathered in cities across Canada over the weekend to protest racism and police brutality.

The protests and rallies began Friday, crested on Saturday and finished up with demonstrations across the province of Quebec and in Victoria, B.C on Sunday.

A rally on Parliament Hill on Friday was marked by an appearance by Prime Minister Justin Trudeau, who took a knee for eight minutes and 46 seconds of silence, the length of time that the Minneapolis police officer knelt on George Floyd’s neck before his death. 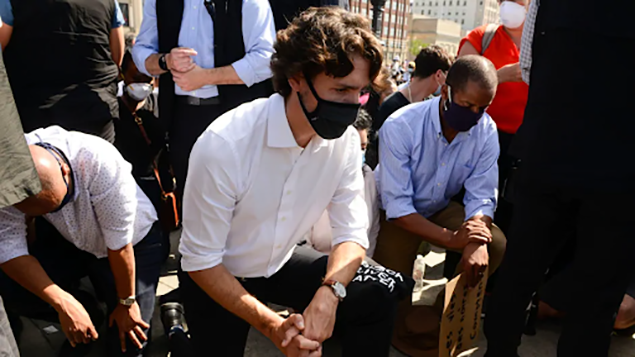 That prompted Conservative Leader Andrew Scheer to say that Canadians had a right to be angered by the sight of Trudeau attending a protest after months of promoting stay-at-home orders as the best way to beat the pandemic.

Saturday’s demonstrations ran from the Maritimes to Yukon, where hundreds gathered in Whitehorse and Dawson City to protest anti-Indigenous as well as anti-black racism. 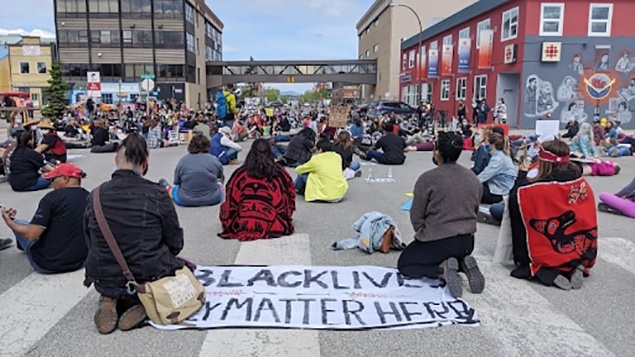 Protesters against police brutality and anti-black racism staged a “die-in” in front of the CBC building in downtown Whitehorse Saturday. (Chris Windeyer/CBC)

In Toronto, thousands took to the streets in separate events on Saturday and as they did, dozens of local artists mounted a show at the city’s Graffiti Alley, filling the one-kilometre stretch with illustrations of prominent black figures in a “show of solidarity” with the movement.

“Communities thrive when people come together,” Jessey Pacho, a Toronto graffiti artist who organized the “call to artists,” told the CBC’s Julia Knope. 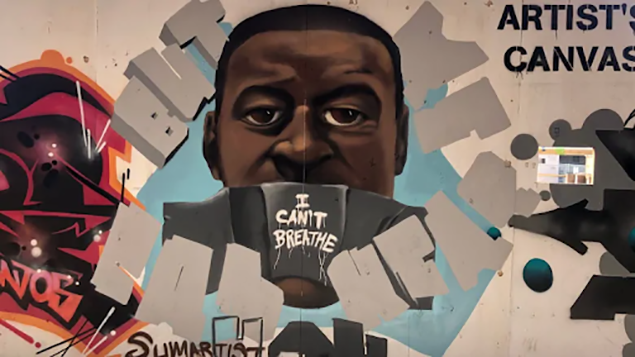 Artists painted Toronto’s Graffiti Alley on Saturday with illustrations of prominent black figures, including George Floyd, who died May 25 under the knee of a Minneapolis police officer. (Submitted by Mike Schultz)

Pacho said the event, entitled “Paint the City Black,” was established as a peaceful protest, with the colour black as the main theme running through each individual piece.

Meanwhile, demonstrators rallied in cities across Nova Scotia, as well as in the Ontario cities of London and Windsor, and in Calgary, Alberta.

Sixty people turned out in Fort Smith in the Northwest Territories. 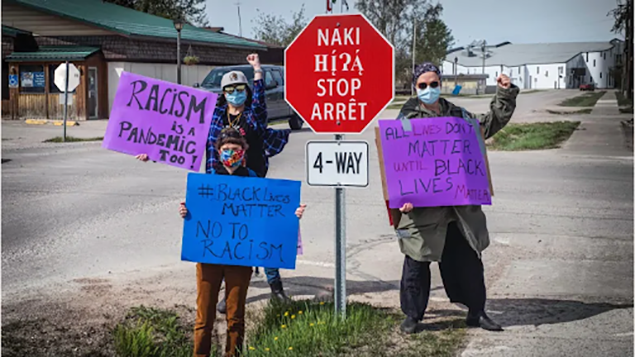 About 60 community people gathered in Fort Smith, N.W.T. on Saturday for an anti-racism rally.  (Pierre-Emmanuel Chaillon)

The demonstrations follow days of protests across the U.S. over the death of George Floyd, the unarmed black man who died when a police officer kneeled on his neck for nearly nine minutes in Minneapolis, Minnesota

His death has now sparked protests far beyond the borders of the United States.